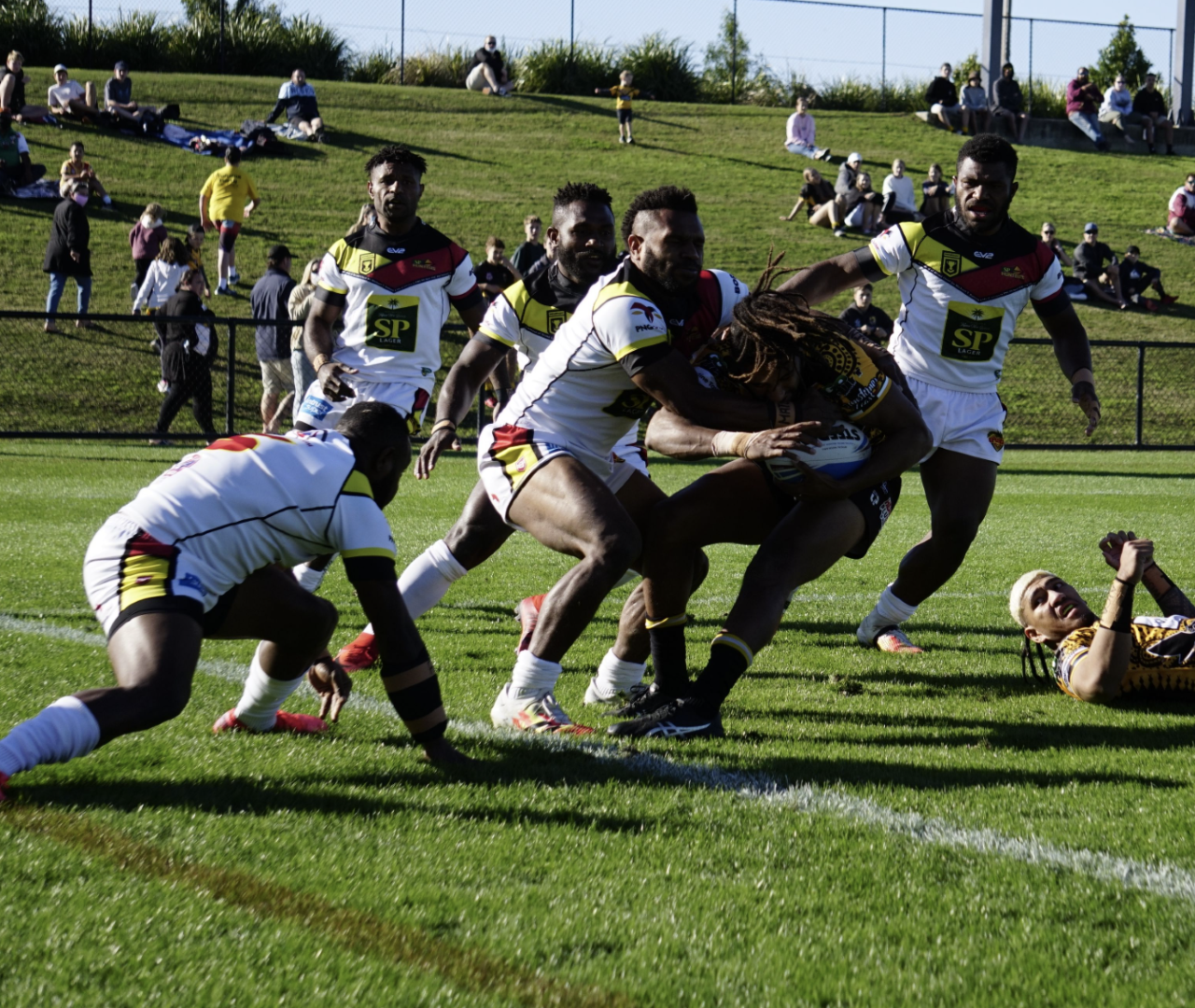 Hunters prepare for rare break from Gold Coast base

Home » Hunters prepare for rare break from Gold Coast base

The SP PNG Hunters will welcome a change of scenery from their Gold Coast training base as they head to Atherton to build on an encouraging performance last weekend in Saturday’s clash with Northern Pride.

The match is part of Intrust Super Cup’s Country Week and takes the Hunters to the northern Tablelands and out of southeast Queensland for the first time their Round 3 win in Mackay.

And while they have lost two players with injury from the 26-12 loss to Sunshine Coast last Saturday – centre Joe Joshua (knee) and second-rower Sylvester Namo (sprained hand) – a bonus is they welcome back second-rowers Keven Appo from injury and Emmanuel Waine from suspension.

This allows coach Matt Church to play the lively Benji Kot at centre for the first time this season. It was ISC rookie Kot’s regular position in the domestic Digicel Cup competition and gives the Hunters an extra attacking dimension with physical 20-year-old, who has been a starting second-rower, taking his try tally to seven from 10 matches with his double against the Falcons last weekend.

“Having Keven and Emmanuel back gives us the chance to play Benji in the centres and that’s his natural position, although he’s made a really good fist of playing in the back row this season,” Church said.

“It will be good for the team to see another part of Queensland and have a bit of time away from our base,” Church said. “And hopefully we will take with us a bit of confidence even though we didn’t get the points against the Falcons last weekend.

“We have to concede this is a young side with a lot of players who had no experience at this level before this season. Last week was like a lot of games where we competed really well for three-quarters of the match and then fell away a bit. None of it is due to lack of effort and I genuine say to the players just about every week how proud I am of their effort.

“We just have to do a better job at making smart decisions at critical times. Last Saturday we made too many errors and put pressure on ourselves and should have been more than 10-0 ahead at half-time. The lessons a lot of our young players are learning though will put them in good stead in the future.”

The Hunters will benefit from the eighth-placed Pride being unable to access NRL squad members from the North Queensland Cowboys due to Covid restrictions.

They take on the Cairns-based team for the first time this season with the Pride coming off straight losses to ladder leaders Norths Devils (40-22) and Townsville Blackhawks (30-26).

Meanwhile, Hunters centre Jokadi Bire continues to make good improvement in hospital on the Gold Coast after recent surgery. Despite the recent COVID lockdown, Jokadi remains in daily contact with his teammates on the Gold Coast and with family at home.

Jokadi will be unable to play for an indefinite period. He has again requested that no further details of his condition are released at this stage. Jokadi hopes that people respect his wishes and his privacy. The Hunters support Jokadi in that wish. Jokadi is very grateful for the messages of support that continue to be sent via media@pnghunters.com. He is personally reading each of those messages.