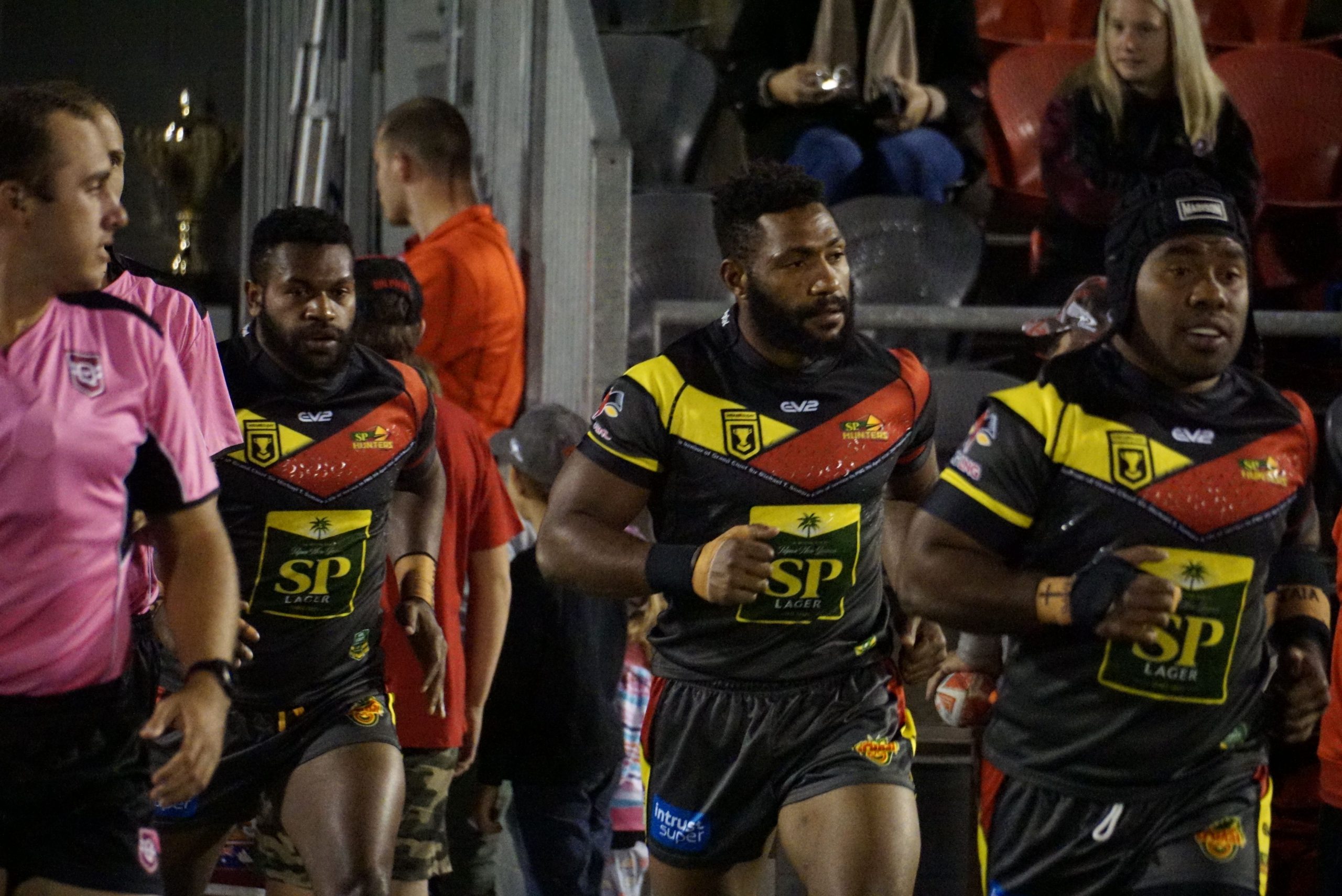 After 17 rounds, the SP PNG Hunters finally have an injury slate clean enough to field the same squad for two weeks running when they meet Tweed Seagulls in their final match of the Intrust Super Cup season on Saturday.

The Hunters escaped without injury from last Saturday’s thrilling 22-20 win over Central Queensland Capras in Rockhampton and they are determined to finish the season in style against the fourth-placed Seagulls at Bycroft Oval.

The Hunters held on for victory over the Capras when they were under pressure with two men in the sin bin due to professional fouls. But they lamented their ball retention after gaining a 14-0 lead after just 15 minutes.

“It was great to get the win we’d been chasing but we looked at the video review to identify the areas we want to improve in,” coach Matt Church said.

“We knew we should have been better. But it’s a real positive that we held on and can now field the same side one to 17 for the first time this season. The fact it took until the last round to do that is a bit of a tale of our season.

“That gives the opportunity for all the players who contributed to the win to back it up and hopefully lift their level for our last game of the year before they head home to PNG.

“We’ve had a lot of challenges this season but it’s a real credit to how the group have stuck together and I’m sure they know the value of finishing such a unique season in the Hunters’ history with a good performance against one of the competition’s best teams.”

While the selected side is the same that played against the Capras, there is one change to the line-up originally named which had Emmanuel Waine in the centres and Brandon Nima and Dilbert Isaac on the bench.

Waine and Nima swapped positions while Isaac broke his thumb when he slipped on some steps after having an outdoor shower at the end of a training session at their Runaway Bay base late in the week.

The Seagulls are among four teams, placed second to fifth, tied on 22 points. The top four teams will get a second chance in the first week of the finals while teams placed five to eight face elimination matches.

This round ends the regular season as each team completes at least one match against the rest of the competition. Tweed is the only team the Hunters have not played this season.

The Hunters have been based at the Runaway Bay Performance Centre next to Bycroft Oval for almost seven months due to Covid restrictions that prevented them from returning home during the season.