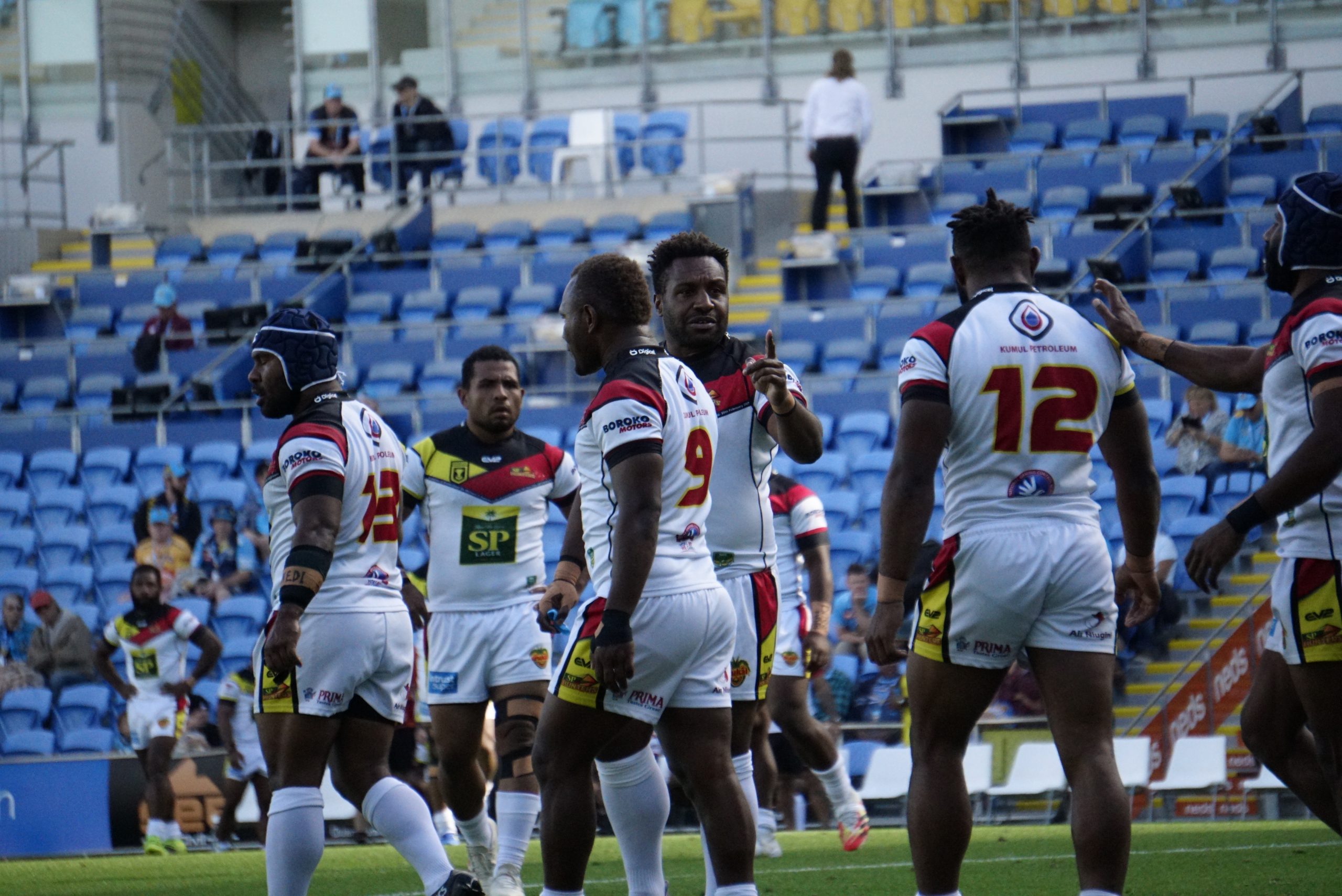 Hunters run down late in close fight with Falcons

Home » Hunters run down late in close fight with Falcons

SP PNG Hunters showcased their on-field enthusiasm and intensity before being run down by Sunshine Coast Falcons in a 26-12 Intrust Super Cup loss at Sunshine Coast Stadium today.

The Hunters’ first half was among its best in this challenging season of COVID restrictions as forward Benji Kot scored two tries to propel the visitors to a 10-0 lead at the break.

This was the energy that coach Matt Church had been seeking from a team that has battled injury, illness and the difficulties of living away from Papua New Guinea throughout the year to ensure the Hunters can take their place in the competition.

But they were unable to withstand the Falcons’ fightback as the Intrust Super Cup’s Rivalry Round threw up another fascinating clash between the 2017 grand finalists.

The Falcons scored in the first minute of the second half after making the most of a quick penalty before veteran halfback Todd Murphy landed all four conversions and a penalty goal to drive the home team.

The match reached a key point at 12-all when Joe Joshua crossed for the Hunters, only for the try to be disallowed.

That would have provided the Hunters with a valuable edge as they tried to make up for an ankle injury to decorated hooker Wartovo Puara Jnr that affected the visitors’ chances of holding out the Falcons.

Puara left the field eight minutes into the second half however he was able to return in the final minutes in a positive sign for the Hunters as they seek stability in the final two months of the regular season.

“We were pleased that Wartovo could go back on because the injury didn’t look great to start with but he’s a tough player and he’s very important for us on the field,” Church said.

“We showed good signs today particularly in that first half when we were very physical and showed the enthusiasm that is required to win games in this really difficult competition.

“We had a game plan and we stuck to that early and made really good progress. But full credit to the Falcons because they were able to come home strongly with some experienced players who tested us.”

With Puara off the field, Church moved young utility Judah Rimbu into hooker as the Hunters tried to hold off the Falcons.

But their hopes ended in the final minutes when fullback Luke Polselli scored his second try, moving the Falcons out of reach.

“We’ll go back and review the game but there are positives for us to take into next week,” Church said.

“And we’d be hopeful that our players have escaped injury and we can start being more consistent with our selection which will be a big help to us.”

The Hunters will travel to Atherton next Saturday to take on the Northern Pride in Country Week while the Falcons will meet the Tweed Seagulls in Murgon.