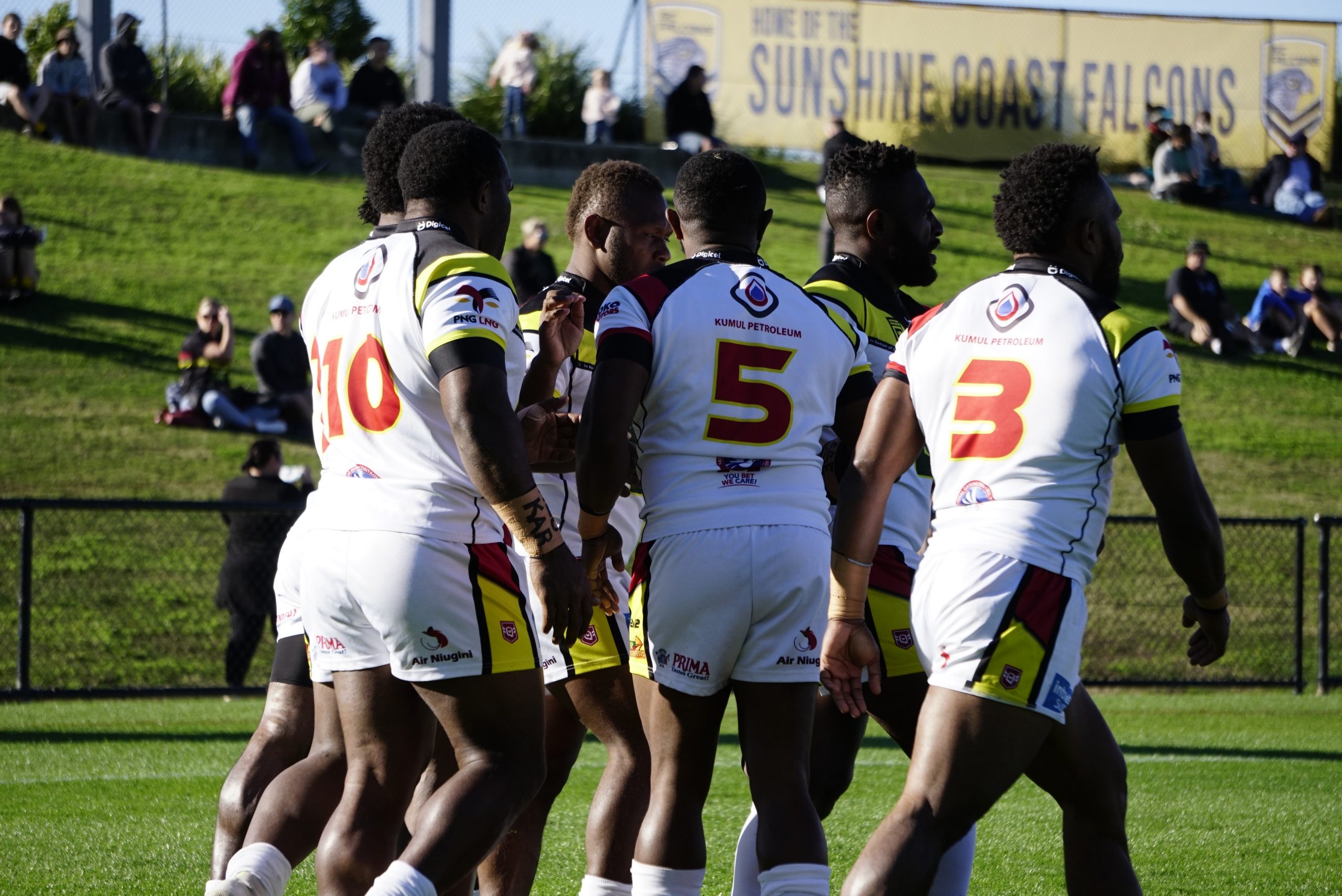 Hunters see silver lining in season away from home

Home » Hunters see silver lining in season away from home

SP PNG Hunters believe the challenges of an Intrust Super Cup season far from home are preparing the team for future riches as they head on their longest road trip of the year.

The Hunters board a plane tomorrow for a two-hour flight to Cairns before transferring to a bus for a 90-minute drive to Atherton for the Intrust Super Cup Country Week clash with Northern Pride.

It’s an unusual trip but that’s been the theme of a season that has thrown up more challenges than expected for the Hunters, who remain in camp on the northern end of the Gold Coast because of Covid restrictions.

“The lessons a lot of our young players are learning though will put them in good stead in the future,” Church said.

“We are developing a core of young players that should be there for quite a few years and they will benefit from the experiences of this season.

“They’ve been competing hard for 80 minutes and the game against Burleigh (a 40-6 loss in Round 11) was the only time we weren’t in the game at the 55th or 60th minute mark.

“We’re not getting the two points as often as we would like but in so many aspects we keep improving and we will see the results of that either as this season progresses or certainly next year and beyond. And we can’t lose sight of that.”

The clash in Atherton will be another good test for the Hunters, who have won five of their previous 11 matches against the Pride.

The Pride are coming off two consecutive losses which has left them on the edge of the top eight and they will again be without their Cowboys-contracted players who remain in the NRL’s Covid bubble.

“They’re a big, physical team so we know what we’ll be up against,” Church said.

“We have to match their energy through the middle but we showed good signs last week in that area (against Sunshine Coast Falcons).”

The Country Week matches traditionally draw strong crowds to Queensland’s regional towns with a welcoming dinner and coaching clinics part of each visit.

The Hunters drew Easts Tigers 38-all in their last Country Week appearance at Aipus Oval, Wabug in 2019 in a team that featured seven players who will line up against the Pride.

Enock Maki was among them and he will this weekend play his 95th Intrust Super Cup match, moving him ahead of Willie Minoga in the Hunters’ all-time list.

This will be the second of eight consecutive matches for all Intrust Super Cup teams to round out the regular season with next weekend’s scheduled bye replaced by a round lost to Covid lockdown two weeks ago.

Church said he was pleased with the Hunters’ progress on the training field as the team welcomes back second-rowers Keven Appo from injury and Emmanuel Waine from suspension for this weekend.