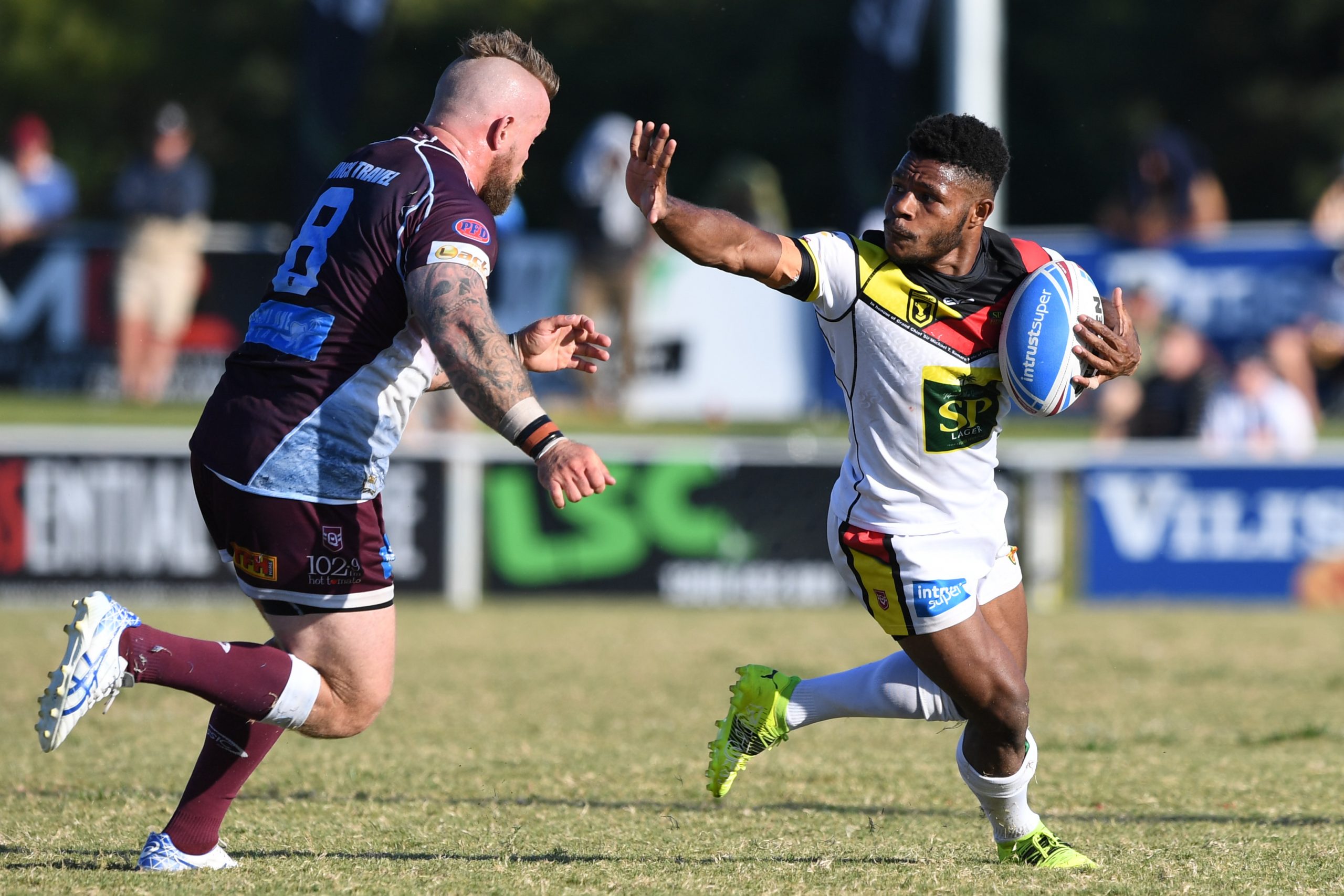 SP PNG Hunters have called on one of the country’s most exciting teenagers to wear the No. 6 jersey for Sunday’s Intrust Super Cup clash with Brisbane Tigers at Runaway Bay.

Judah Rimbu, who has played four games off the interchange bench this season, will replace experienced playmaker Watson Boas who has returned to England to complete his contract with League One club Doncaster.

The replacement of Boas, the influential 70-game veteran who has played nine times for the Kumuls, is one of two forced changes in the Hunters’ line-up for the Round 6 clash with the Tigers at Bycroft Oval.

Energetic utility forward Edwin Ipape will return in Round 8 from a two-game suspension collected in the Hunters’ 25-18 Kokoda Cup loss to Burleigh Bears.

Doncaster allowed Boas, who impressed during his 2019 stint with Featherstone Rovers, to delay his departure by a week so that he could play against the Bears. Boas then left for England before last weekend’s bye.

Rimbu played 70 minutes against the Bears and has benefited from time in camp with the Hunters squad and valuable time with Boas in preparation for the veteran’s departure.

Playing for the premiers Hela Wigmen, Rimbu was last season’s rookie of the year in PNG’s Digicel Cup competition.

While Boas and Ipape join an absentee list that also includes winger Brendon Gotuno (fractured forearm), Enock Maki (knee) and Joe Joshua (knee), coach Matt Church believes he has the depth in the side to continue the Hunters’ consistency and enthusiasm which has delivered three wins from five games in 2021.

The two losses came against the reigning grand finalists including a brave 20-18 loss to Wynnum Manly in the opening match of the season.

The Hunters are confident hooker Wartovo Puara Jnr, who will reclaim the Hunters’ appearance record with his next match, will be fit to resume after missing the clash with the Bears because of an ankle injury.

Puara and prop Epel Kapinias (ankle) will have to pass fitness tests to take their place on Sunday while the medical team are closely watching the hamstring injury of in-form fullback Terry Wapi which was suffered in the last round.

“When you’re faced by relocation, you’re always going to have challenges and that’s been the case in the past few weeks,” Church said.

“Sure, it’s a bit of a struggle, in saying that we’ve got a number of players due back from injury next few weeks and I’m quite confident we’ll get through this tough period and have a lot more selection choices.

“The squad has shown plenty of character. We’ve won three games, lost a couple of games which have been in the balance until the last few minutes and we can’t fault their application and attitude to the challenges placed before them and I see no reason why that won’t continue.”

The Hunters enter Sunday’s match in fourth place while the Tigers are ninth after two wins from their opening five matches.

Sunday’s clash at the Runaway Bay Seagulls’ base of Bycroft Oval will kick off at 3pm.