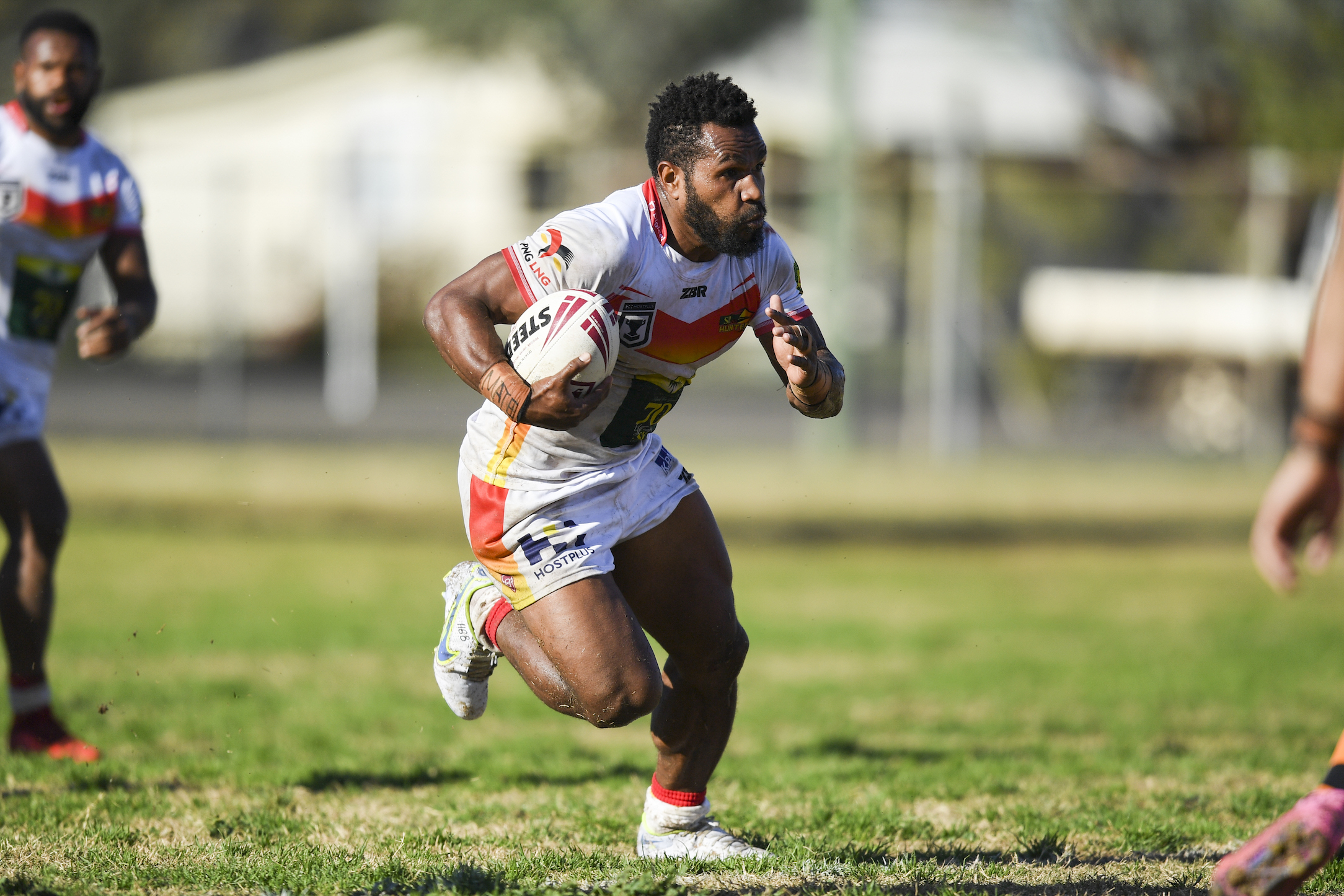 By Oscar PannifexAugust 11, 2022No Comments

The SP PNG Hunters will hold what will hopefully be a farewell match at Bycroft Oval, Runaway Bay this Saturday at 3pm when they host the Townsville Blackhawks in Round 18 of the QRL Hostplus Cup.

The Hunters are expected to return home to PNG in the coming weeks as they mark the end to a two-and-a-half year relocation period, meaning this weekend’s game could be the last time the Hunters play at their ‘home-away-from-home’ at Bycroft Oval.

The Hunters’ last outing was a disappointing 44-6 loss to competition heavyweights the Sunshine Coast Falcons. Brimming with NRL experience and firmly entrenched inside the top four, the Falcons were too good for the Hunters last week but that didn’t prevent PNG from fighting until the final whistle.

The PNG side gets a chance to respond this weekend when they take on the 10th placed Blackhawks on Saturday.

The Hunters will have fond memories of the Blackhawks, having travelled to Townsville earlier the season and ambushing the locals 42-20 in a high-scoring affair. The PNG side played to their strengths in that game, compressing the middle with hard running forwards and changing their angles in attack to target spaces around ruck.

Dilbert Issac, Sylvester Namo and Emmanuel Waine were standouts for the Hunters in that game, combining for a total 370 running metres, three tries, and 14 tackle busts. Issac remains in the casualty ward this week but Namo and Waine have been two of PNG’s best this season and profile as key forwards for the Hunters again on Saturday.

For the Blackhawks, the two points on offer in Round 18 are crucial as they eye a late run into the top eight.

Townsville sit in 10th position with 17 points and two points outside the eight. They’ve endured a mixed run in the last month which included a whopping 72-0 win over Ipswich Jets, losses to Burleigh and the Northern Pride and a draw with Redcliffe.

With the clock ticking on the 2022 premiership race, the Blackhawks will be desperate for the win when they visit the Hunters on Saturday afternoon.

SP PNG Hunters vice-captain Brandon Nima has found some form late in the season and will be a go-to man in attack for the Hunters in Round 18.

In his last three games Nima has crossed the line once and set up another three as he locks down a centre position outside five-eighth Judah Rimbu and backrower Kitron Laka on the Hunters’ left edge. As this trio’s combination develops, we’ve seen more of Nima’s dynamic running game and support play in attack.

Nima is a powerful runner of the ball and runs a good line off his half. He uses his footwork and acceleration to wrongfoot defenders and push through contact – 46 tackle busts from 15 appearances this season is a handy return – and has scored a few tries this year diving on well-weighted kicks from his half in good-ball, too.

With Laka having a breakout season for the Hunters’ on that left edge, the spaces have begun opening up for Nima on the outside and he has impressed in the last few weeks to capitalise on this and assist in troubling the scoreboard.

When the Hunters earn some attacking field position on Saturday, Laka and Nima are a pairing PNG can look to for points with either a pass, kick or run close to the line.

Head Coach Matt Church says the squad has learnt what they can from last week’s loss to the Falcons.

“The Falcons gave us a lesson in pressure football,” said Church.

“At this level you have to complete well and kick even better against strong opposition. So our focus this week has been around using our kicking game to create momentum and build pressure.”

Church also expressed his pride for the players following last week’s news of a delayed homecoming.

“It was a distraction most definitely and I think you could see that in last week’s performance,” said Church.

“Being told you can’t return home through no fault of your own is tough. Yes we are a professional football team and try to only focus on what we can control, but we are also human beings who crave to be around our people and our culture.”

“I’m so proud of this group,” Church said.

“I have been involved in rugby league for 40 years and I don’t know a team who could have done what this group has done. It’s easy to overlook the human cost of having to do that, but if you live with this experience day in day out then you’d be proud of how they have conducted themselves as good ambassadors for PNG and the Hunters.”