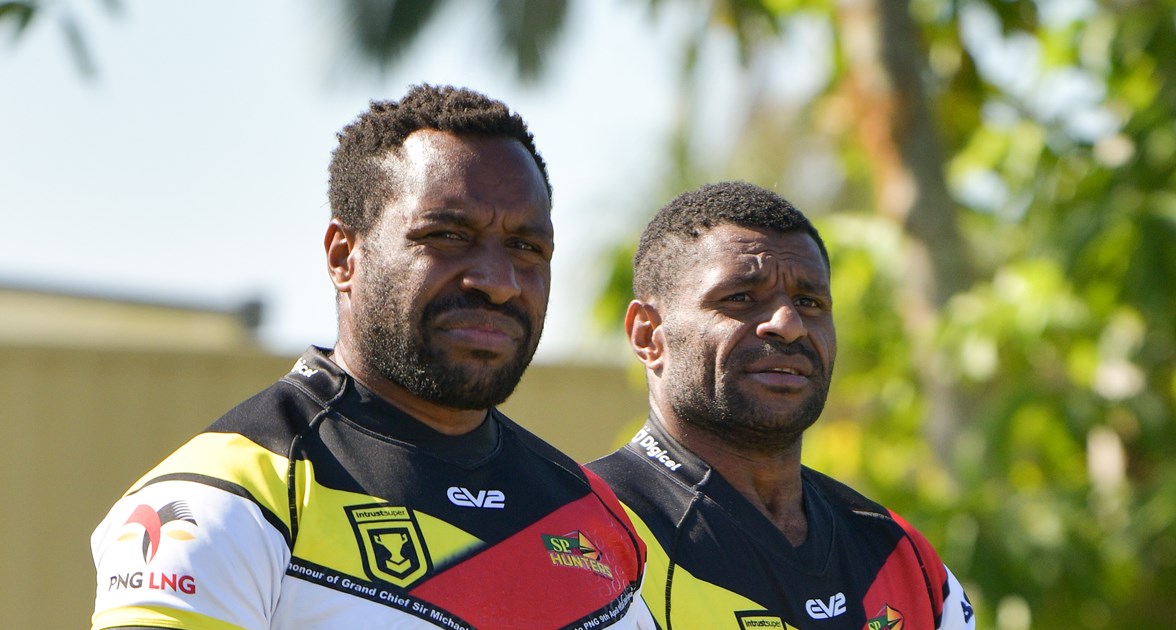 SP PNG Hunters proved the lessons learned in their challenging Intrust Super Cup season as they held off a Central Queensland Capras fightback for a treasured 22-20 win in Rockhampton tonight.

The Capras scored twice in the final minutes, including from a crossfield kick after the siren that bounced and fell for a try for the home team. That left them with a conversion from about 10 metres in from the sideline which swerved to the left, delivering a deserved victory to the Hunters.

The visitors made it difficult for themselves at times with intercept passes, three sin-bins and dropped balls over the tryline but they scrambled all night, none more important than the bone-rattling tackle by Benji Kot as the Capras threatened to score close to the posts in the final minute.

It was a dramatic end to a match that the Hunters controlled early when they jumped out with three tries in the opening 14 minutes before the Capras began a fightback that threatened to derail the game for the visitors.

The Hunters have conceded handy leads previously this season to the likes of the Sunshine Coast Falcons and Mackay Cutters but tonight they showed the benefits of those experiences to win the match.

“That was a pleasing result because we are showing the benefits of this season together,” Hunters coach Matt Church said.

“We stuck together when the Capras kept coming at us but we knew that they weren’t going to go away easily tonight.

“I was proud of the way that the players’ hard work paid off tonight. They have been working towards a win like this and, while we did make it tough at times, we were good enough to scramble when it mattered.

“We’ve got plenty of young players in our squad and a win like that is a very good experience for them.”

One of the decisive moments in the match came before halftime when the Hunters followed two successive Capras’ tries with a stirring movement that went the length of the field for a memorable try.

It was tough to pick the best of Wane’s tries. He finished off a superb moment in the 14th minute when milestone man Ase Boas placed a clearing kick that was set to roll over the sideline for a 40-20 ruling.

Capras’ fullback Cooper Marshall desperately batted the ball back into the field of play only to find Wane, who toed ahead and regathered in the in-goal area for a classic Hunters try that sparked plenty of noise from the PNG fans at Browne Park.

The Hunters led 18-12 at halftime, converting only one of their four tries to enable the Capras to remain closer than the momentum of the game suggested.

The Hunters threatened to break the game open early in the second half with Waine proving extremely difficult for the Capras to handle. He made another barrelling run down the field which almost led to a try, only for his pass to find the Capras’ hands and end with a penalty.

That led the Capras on a movement downfield which led to minutes of sustained assaults on the Hunters’ line. But the vistors’ defence was up to the task, overcoming some late sixagain calls that favoured the Capras to prevent any points.

Their reward came in the 64th minute when Charlie Simon’s show-and-go found a short ball for Judah Rimbu to dive over for a deserved try.

The Capras kept coming at the Hunters throughout the match, bubbling along with PNG players Nixon Putt, McKenzie Yei and Jedidiah Simbiken aiming up against their countrymen.

Simbiken scored in the 19th and 32nd minutes as the Capras overcame the Hunters’ early dominance to bring the margin back to two points.