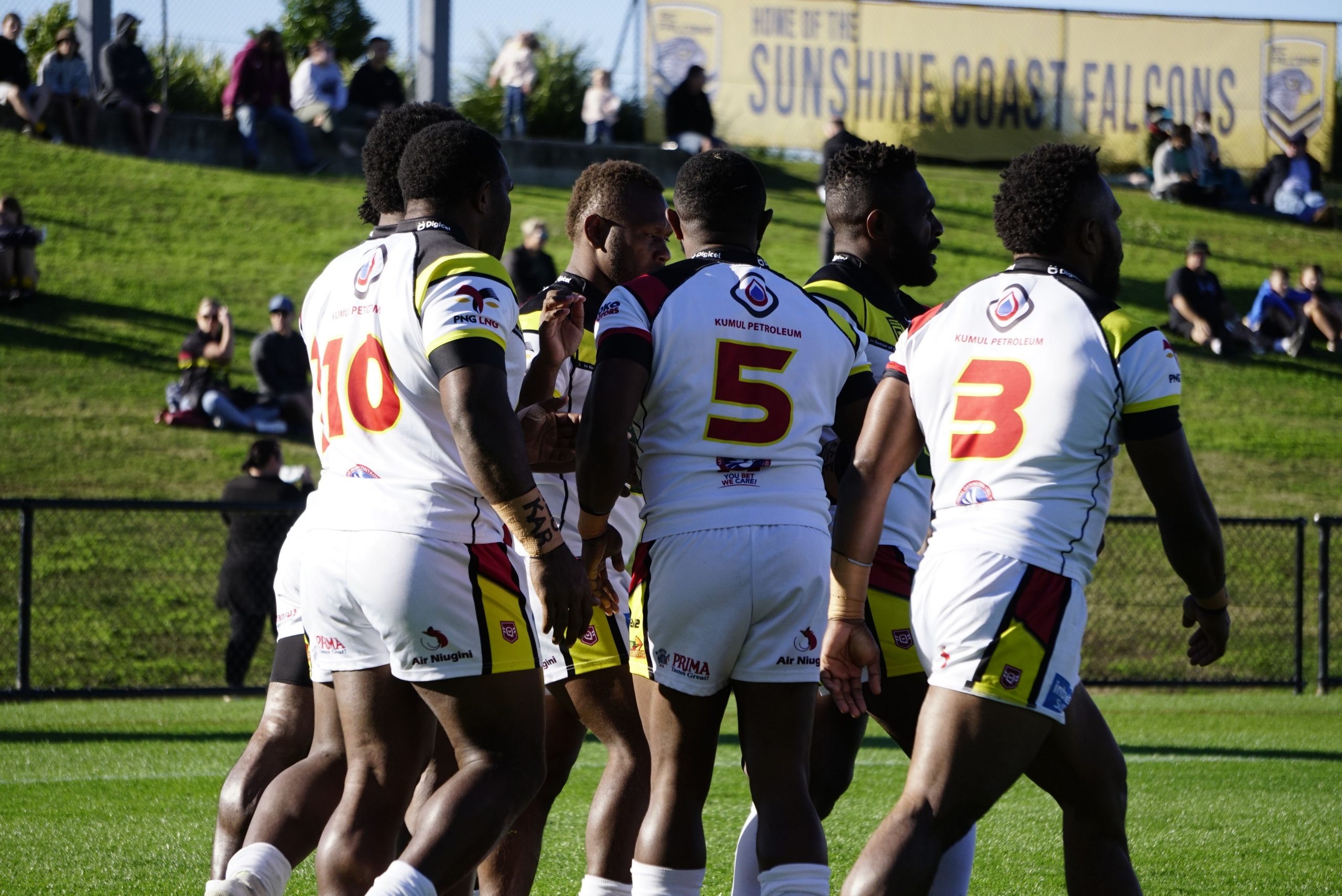 Hunters aim for winning finale for 2021

SP PNG Hunters want to finish a season of sacrifice on a winning note against a team bound for the Intrust Super Cup playoffs in Saturday’s season finale at Bycroft Oval.

The Hunters will take on Tweed Seagulls – one of four teams tied for second place in an intriguing end to the regular season.

The Hunters boast an 8-4 win-loss record against the Seagulls including a 20-16 win in their most recent match in 2019. How times have changed since then – that clash was in Port Moresby while the 2021 Hunters have spent the year based at the northern end of the Gold Coast due to Covid restrictions.

Hunters coach Matt Church has told his players of his pride in their approach to the season, which has included moments of brilliance but also frustrating times with illness, injury and the rawness of a young squad featuring 12 debutants.

“I’ve told our players how proud they should be of their approach to a season that has been challenging by anyone’s standards,” Church said.

“They have never given up even when things haven’t gone their way. We’ve always been in matches this year which is a testament to their determination. It would be great to go out in a winning way against a team that is hoping to finish in the top four.”

The Hunters have another reason to play well as forward leader Enock Maki becomes just the fourth man to reach 100 games for the team. That milestone include’s Maki’s performance in the 2017 National Championship decider after the Hunters had won the Intrust Super Cup grand final.

“Enock has been a long-time servant to the Hunters, leading by his actions on the field,” Church said. “That’s another reason for us to want to put in the best performance possible to finish this season.”

Tweed has been fighting in a desperate race for top-four berths but they have the added challenge of the closure of the Queensland-New South Wales border due to Covid. The Seagulls’ home ground is barely in New South Wales, meaning they could no longer play at home and that a handful of players were unable to finish the season.

But they surged back from a recent five-week Covid-enforced break in the season to defeat the Northern Pride in Cairns before a tense draw with finals-bound Townsville last week.

“We know that Tweed will be doing everything they can to crack a top-four place and they’re a well-coached team,” Church said.

“Our players will look forward to the challenge. We always appreciate the great support we get at Bycroft Oval and we’d love to repay the supporters with a good performance on Saturday.”

The Hunters are set to play the same 17-man squad that fended off a late charge from the Central Queensland Capras to celebrate a win in Rockhampton last Saturday night.