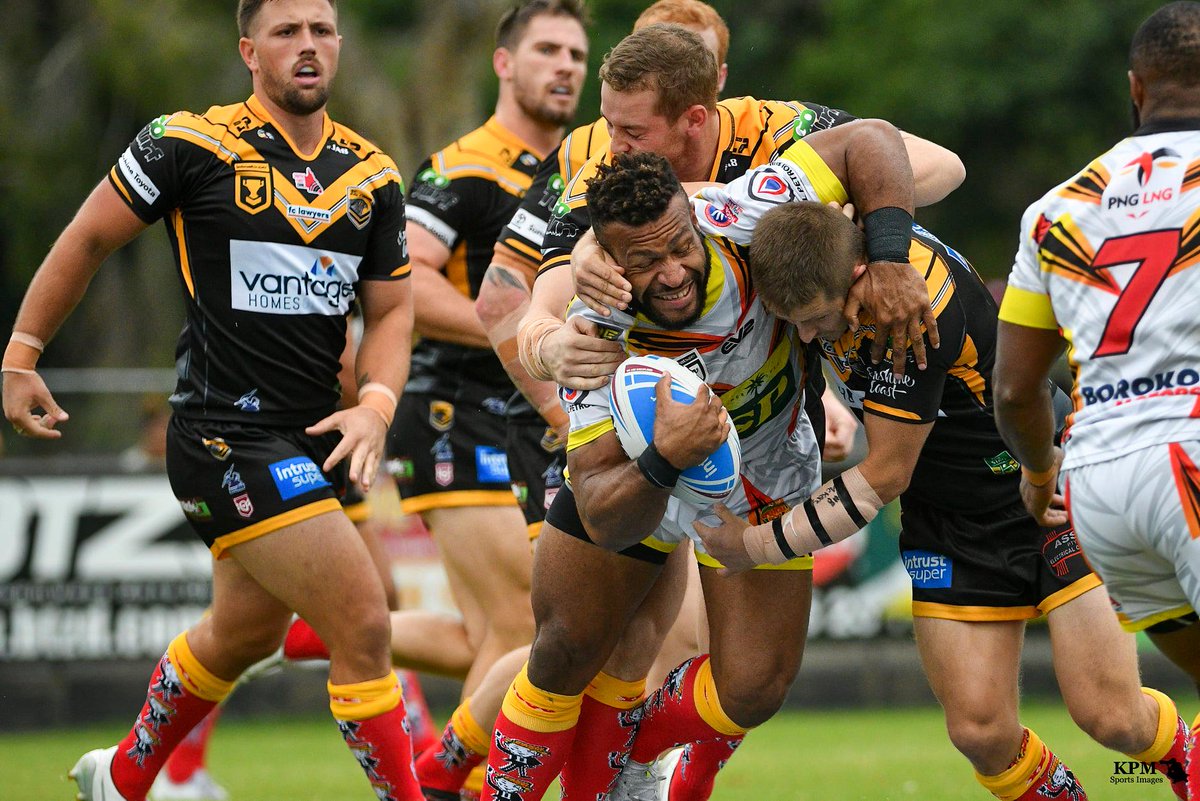 Hunters set for latest rivalry round with Falcons

Home » Hunters set for latest rivalry round with Falcons

One of SP PNG Hunters’ best rivalries goes on the line again on Saturday when they take on the Sunshine Coast Falcons in a sprint to the Intrust Super Cup finals.

The season has taken on a new edge after last weekend’s round was postponed during COVID lockdown. That round will be played in two weeks instead of a scheduled bye weekend, meaning that all teams now face eight consecutive matches before the finals.

That will ensure a survival-of-the-fittest run into September and Hunters coach Matt Church says his players are ready for the challenge.

They will take confidence into Saturday’s clash at Sunshine Coast Stadium from their slick Round 4 win over the Falcons in April when they unleashed six tries against a team featuring Melbourne Storm-contracted players.

Those players will be missing for Saturday’s second instalment of the Rivalry Round with the NRL squads in a COVID bubble.

The Hunters-Falcons rivalry spiked in the unforgettable 2017 grand final that has been typical of their exchanges.

The teams are locked at seven wins each from their 14 previous matches.

The Falcons have lost their last three matches at Sunshine Coast Stadium in a rare home losing run for a team that delivered one of the greatest seasons in Intrust Super Cup history in 2019 when they lost just one of their 23 home-and-away matches before stumbling in the finals.

“Our best performance of the season was probably in that Round 4 game against the Falcons so we know we can play well in these games,” Church said.

“This is the start of an important eight-week stretch for us. We’ve been building up to improved performances and we regain some key players from injury this weekend so the timing is good for us.”

Church remarked that the Round 4 win over the Falcons was built on defence as the Hunters conceded only two tries.

The Hunters will welcome the return from injury of fullback Terry Wapi and winger Brendon Gutuno into this Saturday’s line-up. Wapi scored the first try in the Round 4 clash with the Falcons while Gutuno missed that match, a week after breaking his arm.

Church has named 11 players from that Round 4 squad in Saturday’s team while the Falcons have 10 players from that round including Kumuls hooker Kurt Baptiste and former Brisbane Broncos squad member Todd Murphy.

Queensland has enjoyed a better week on the COVID front with only a handful of community transmissions, leaving the State Government comfortable to keep the state out of lockdown. The lockdown for southeast Queensland was lifted last Saturday however that was too late to enable the Intrust Super Cup round to be held with travel required for some teams across the state.