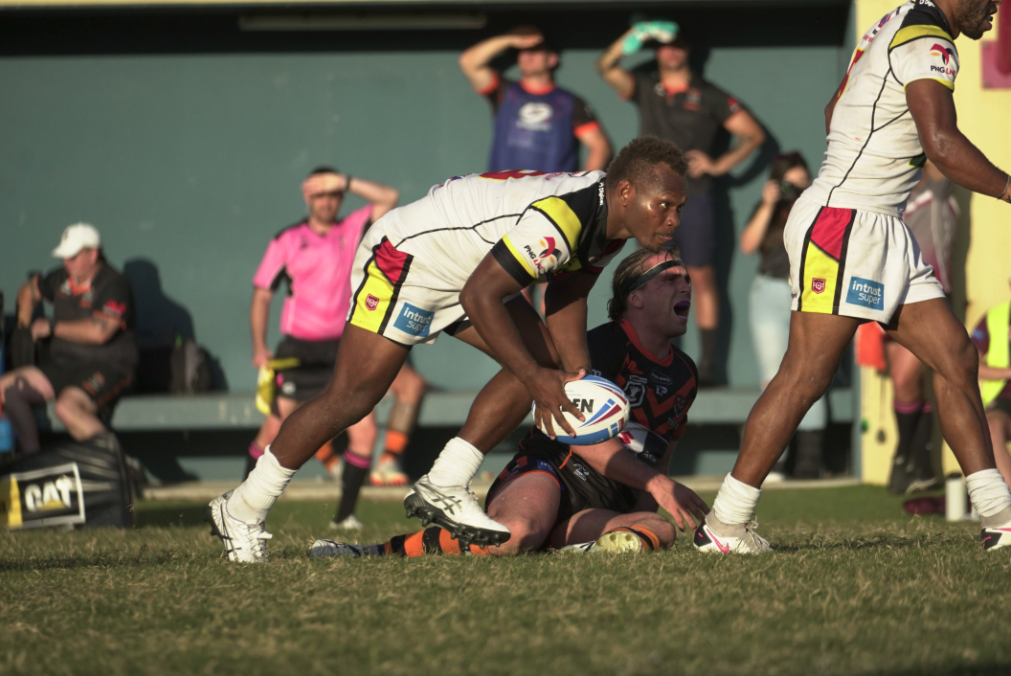 Hunters to finalise team on eve of Magpies clash

Home » Hunters to finalise team on eve of Magpies clash

SP PNG Hunters will wait until after Saturday’s final training session before finalising the team to meet the Souths Logan Magpies at Davies Park on Sunday.

Hunters coach Matt Church said last Sunday’s loss to Brisbane Tigers in the sixth round of the Intrust Super Cup had left his team with minor injuries and two suspensions which were impacting his ability to finalise the squad for Sunday.

Forwards Samuel Yegip and Benji Kot accepted one-match suspensions from a Tigers clash that evened the Hunters’ win-loss record at 3-3 and left them seventh on the ladder, one place above defending champions Burleigh Bears.

Church said the Hunters would name a final 17 after he had the chance to weigh up the progress of injured players and to assess the team’s best combinations.

“We’re not in a hurry to name the team because we’re playing on Sunday afternoon so that gives us enough time to see how players respond to treatment on injuries,” Church said.

“We’ll have that final training run on Saturday when we’ll settle on the best team and our best combinations.

“We’re relaxed about this and we have the benefit of knowing that we have excellent medical assistance that will give our players every chance of being fully fit.”

Hunters captain Keven Appo is one of the confirmed starters alongside the new Hunters’ record-holder Wartovo Puara Jnr. The decorated hooker last weekend set the record for the most Intrust Super Cup matches for the Hunters at 115.

The Magpies will enter the match in 11th place after they fell to a fast-finishing Northern Pride in Cairns last Saturday night. The Pride scored twice in eight minutes to overhaul the Magpies.

The Magpies have named some of their high-profile players to take on the Hunters including Karmichael Hunt and Albert Kelly and Broncos-contracted players Tom Dearden, Tesi Niu, Cory Paix, Kobe Hetherington and Isaiah Tass.