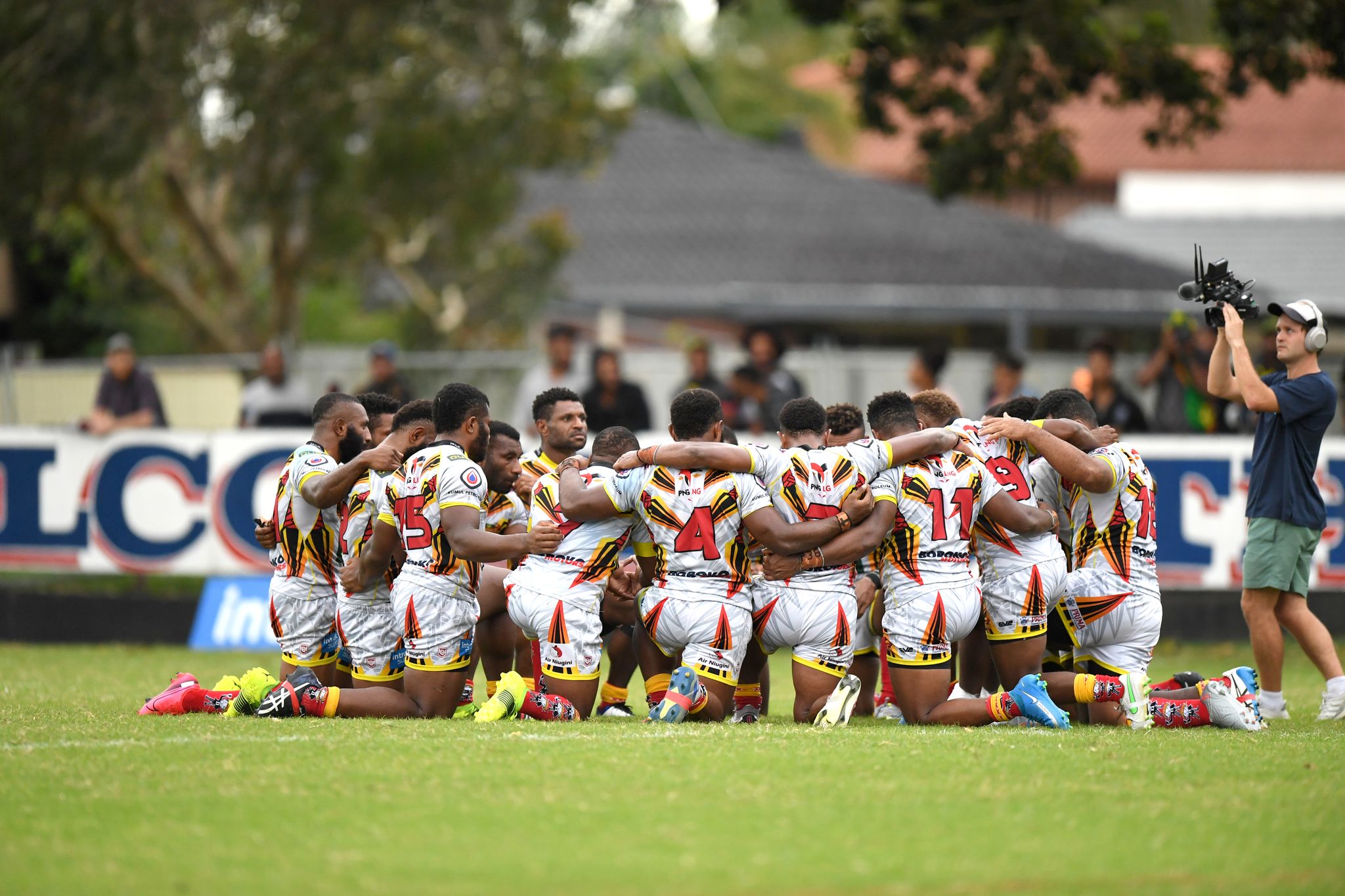 The SP PNG Hunters will discuss the importance of the Kokoda Cup and their desire to regain the trophy when they take on Intrust Super Cup heavyweights Burleigh Bears at Pizzey Park on Sunday.

The Hunters haven’t held the Kokoda Cup since 2017 when they thrashed the Bears in the annual Anzac Day showdown between the teams.

But the last two clashes for the Cup have been disappointing for the Hunters – Burleigh won 34-18 in 2018 before a forgettable 56-4 result at Pizzey Park on Anzac Day two years ago.

Gold Coast Titans half Jamal Fogarty scored 24 points that day against a Hunters team featuring four players who have been named for Sunday’s match.

Fortunes have changed this year with the Hunters surging into the weekend in third place with three consecutive wins while the Bears – the reigning premiers and long considered one of the best teams in the competition – are in 12th place with one win from their first four matches.

“The Kokoda Cup is something that we spoke about in the pre-season and it will be a focus for us when we play on Anzac Day because that period in history means a lot to the team and to Hunters supporters,” coach Matt Church said.

“We have spoken about the shared history of PNG and Australia at Kokoda and the teamwork that was so important at that time.

“We know that we haven’t played our best in those last two Kokoda Cup matches so this weekend provides us with a chance to play well.”

Church is yet to make a call on injured hooker Wartovo Puara Jnr, who will be given more time to recover from an ankle injury sustained in last Saturday’s win over the Sunshine Coast Falcons.

Puara will break the Hunters’ record for most games if he plays against the Bears and he remains one of only two players in the squad for Sunday’s match to have previously won a Kokoda Cup match.

Puara and Watson Boas played in the 2017 victory against a Bears team that will feature five players from that game including forward leader and Kumuls prop Luke Page.

“The results haven’t gone the Bears way so far but they are a very good team and a very physical team and playing them at home is always a challenge,” Church said.

“We’ll go to Pizzey Park this weekend knowing the test that awaits us and knowing that we will have to play very well. They have a wonderful record at their home ground and they’ll have a big crowd but we also know that our local PNG fans will be there to support us which is something that the whole team appreciates.”

Church’s last visit to Pizzey Park was part of the Sunshine Coast coaching staff when the Falcons lost the 2019 preliminary final, ending one of the greatest seasons in Intrust Super Cup history until that point.

The Bears dominated possession in the first half of that match in a sign of their potential.

However, the Hunters are building a formidable record in 2021, boasting the best defensive record in the competition after four games. They have conceded 68 points in their opening four matches, underlining the team’s commitment as they spend the year away from home at their Runaway Bay base.