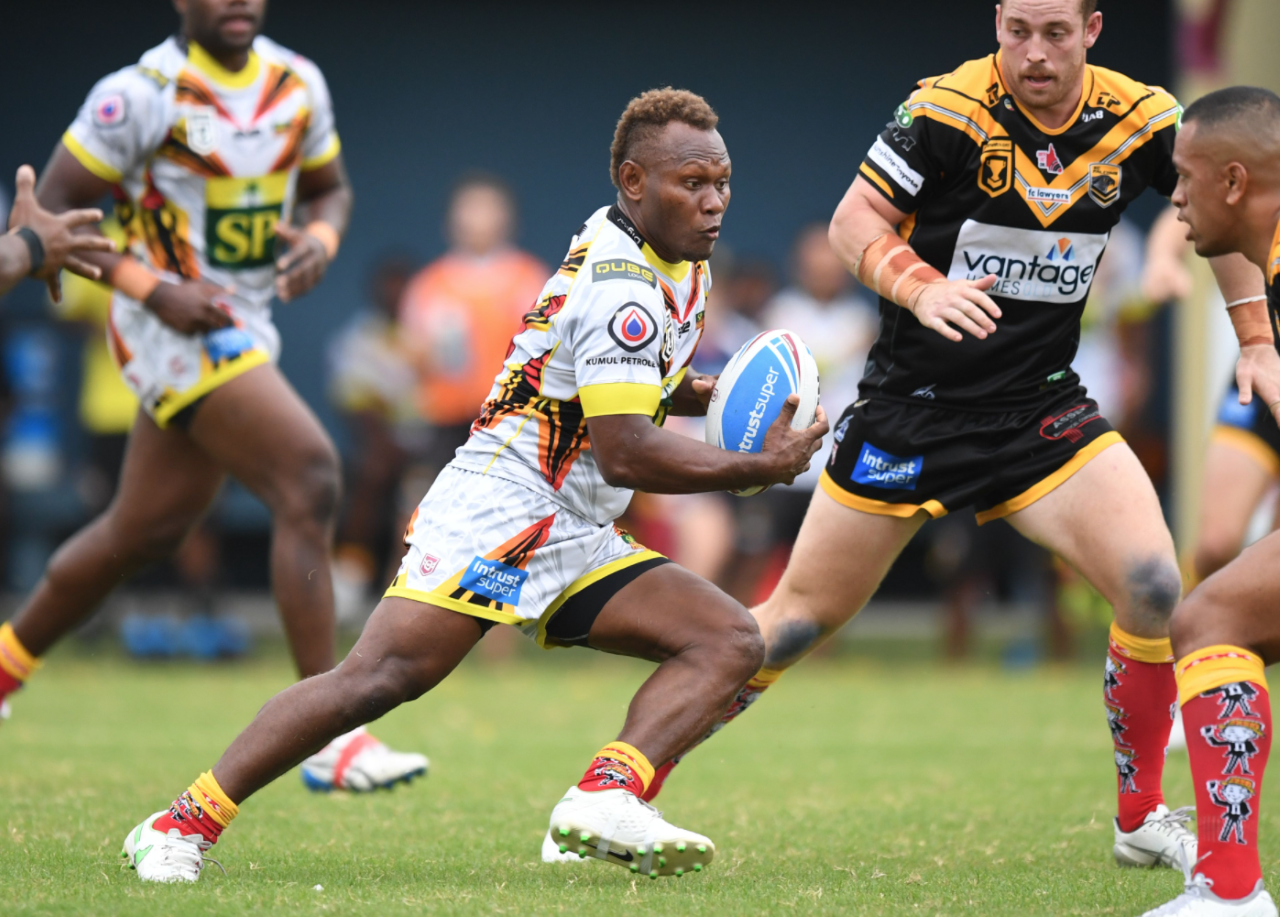 SP PNG Hunters hooker Wartovo Puara Jnr will work as hard as he can to overcome an ankle injury and claim Hunters’ history in the Intrust Super Cup Anzac Day showdown with Burleigh Bears at Pizzey Park on Sunday.
Puara has been named in the Hunters’ team to play for the Kokoda Cup – which is up for grabs each year when PNG and the Bears meet in late April.

This match falls on Anzac Day and the Hunters hope that is enough time for Puara to recover from an ankle injury suffered in last Saturday’s impressive 32-12 win over the Sunshine Coast Falcons.

If Puara can recover, the foundation Hunters player will break the team’s Intrust Super Cup games record by recording his 115th appearance – one more than 2017 premiership teammate Adex Wera.

In the Kokoda Cup clash in 2017, Wera and Puara combined to score the first five tries when the Hunters crunched the Bears 42-6 at Pizzey Park.

Puara’s Hunters career stalled on 110 games when he left to play for English championship club Barrow Raiders in 2019. Wera, who has since retired, overtook Puara’s record before Puara returned to the Hunters after 33 games for Barrow when COVID-19 restrictions hit England.

“As an original Hunter and our hooker, Wartovo is naturally an important member of our squad who leads from the front and it would be a great honour and significant step in the Hunters’ short history to reclaim the record,” coach Matt Church said.

“He is a great personality among the group and he provides a lot of energy, and has a lot of experience, so we will give him every chance to play.

“Fortunately, it is not a major injury so if he is sidelined we don’t expect it to be for long.”

Puara is one of three players in the current squad at the Hunters’ Runaway Bay base who played in the 2017 grand final victory against the Falcons. The others are Watson Boas and the injured Enock Maki.

Hunters vice-captain Keven Appo returns from a two-match suspension this weekend to take his place in the second row, with Emmanuel Waine dropping back to the bench.

The Hunters have been the surprise packet of the early season with three victories from the first four rounds. They sit in third place on the ladder.

They take on the reigning premiers who have had mixed results in 2021, with only one victory, but the Bears were extremely physical in the dour Rivalry Round derby against Tweed Seagulls last Saturday.