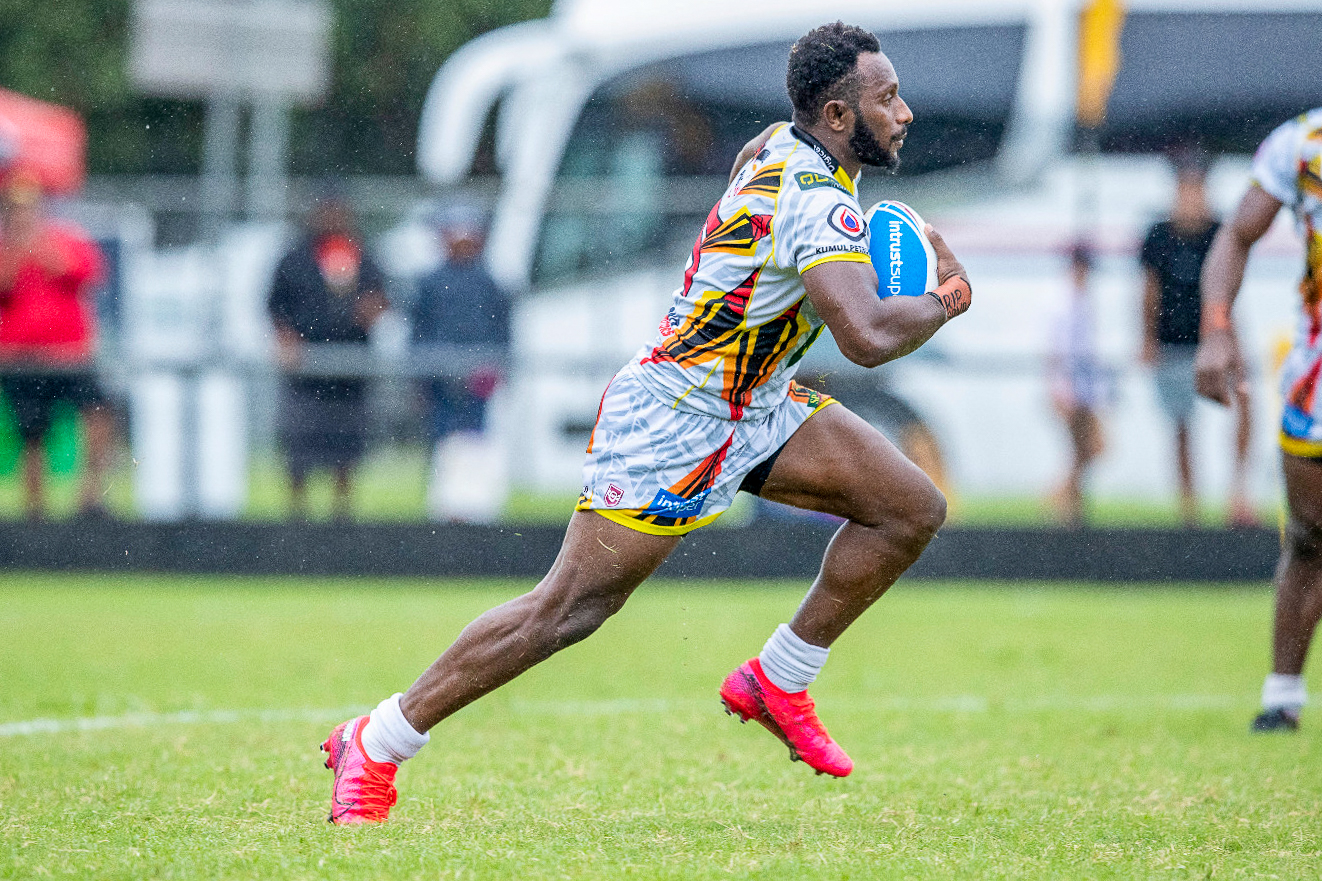 The PNG Hunters left behind the challenges of their pre-season when they unleashed five second half tries against Ipswich Jets to seal their first win of the Intrust Super Cup season today.

The 44-22 victory included three tries to winger Brendon Gotuno as the Hunters overcame a half-time deficit in the second round match at Bycroft Oval on the Gold Coast.

The reminder of COVID-19 wasn’t far away as the Hunters had to keep their distance from their delighted fans after full-time after the Queensland Rugby League introduced new protocols following the recent coronavirus case in Brisbane.

But the Hunters are used to adapting to new situations after they spent 31 days in quarantine during pre-season, preventing them from playing any trial matches.

“We know that our preparation had been challenging so today is a reward for the effort that our guys put in even when they were stuck in hotel rooms for a month,” Hunters coach Matt Church said post-match.

“I’m really happy for the players. They’ve worked really hard and they stuck to it today even when Ipswich got some early points.

“We had to find our groove and build pressure and, once we did that, we were able to put together some good back-to-back sets.”

The game moved out of the Jets’ reach when the Hunters scored three tries in nine minutes – two to Gotuno on the end of some slick ball movement before Edwin Ipape scored in the 62nd minute.

The Jets struck first when hooker Kierran Moseley scored in the seventh minute. When halfback Julian Christian crossed in the 20th minute, the Jets sped to a 12-6 lead.

“We had discussed our match plan and we knew the areas that we had to play well in and our players stuck with that. We really started to play Hunters football and the results came for us,” Church said.

“We have to improve some of our attention to detail but that will happen as we keep working harder.”

The Hunters won’t play for two weeks as the Intrust Super Cup pauses for the Easter weekend before they head north to take on the Mackay Cutters.

The Jets will seek their first win of the season in round three when they meet the Falcons on the Sunshine Coast.

“We’ve been through quite a bit in these first few months of the season so we’ll use this next week to freshen up and to get ourselves set for the next block of games,” Church said.

“It’s been a solid start for us and we’ll keep improving into the season.”