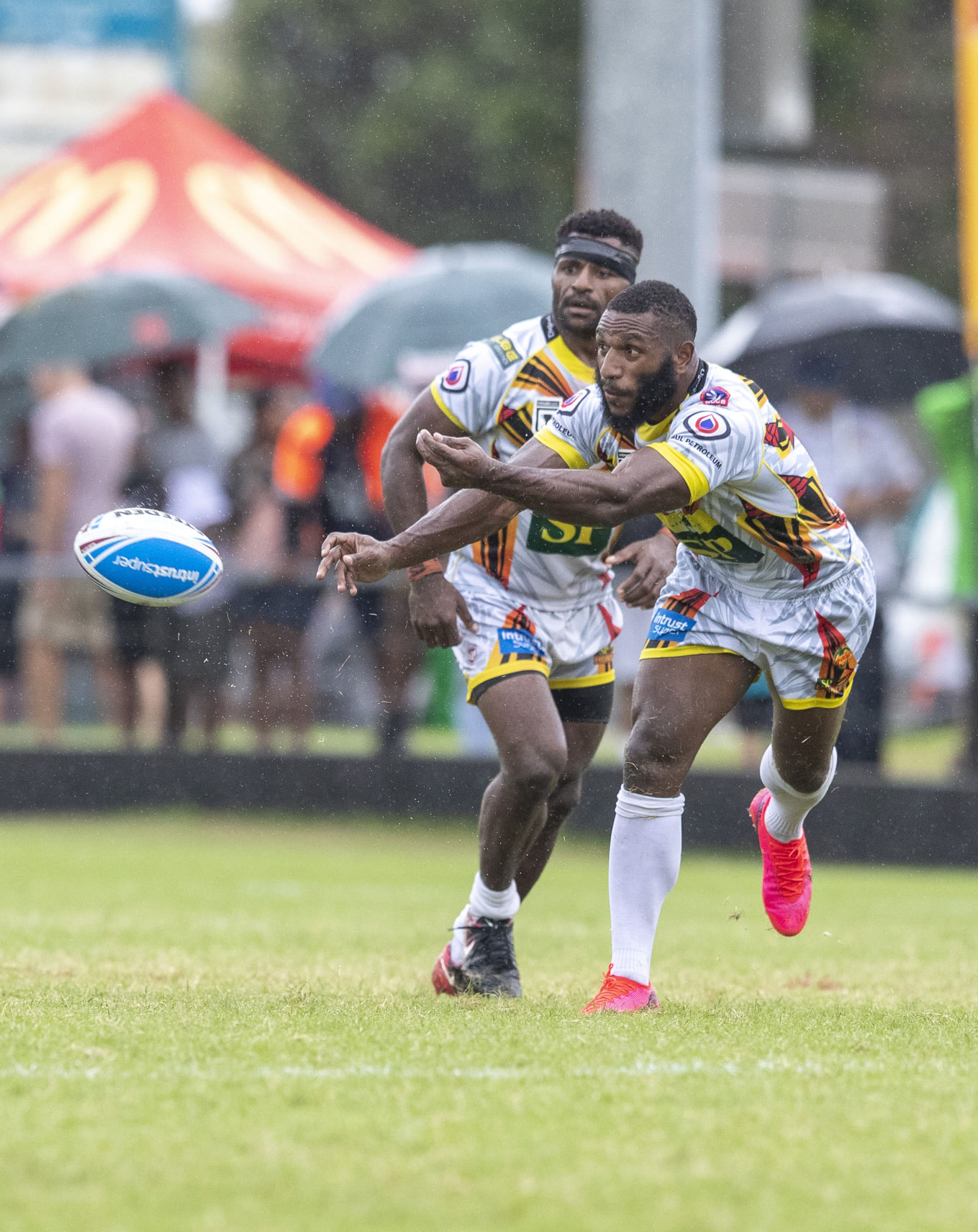 Hunters set for first away trip of the season

Home » Hunters set for first away trip of the season

SP PNG Hunters feel like their “pre-season” has finished as they prepare to hit the road for their first away match of the Intrust Super Cup season in Mackay on Saturday night.

The Hunters went into last weekend’s Easter break with a 1-1 win-loss record after their narrow loss to Wynnum Manly and strong win over Ipswich Jets.

It was an encouraging start from the Hunters after they were unable to play any pre-season matches because of COVID quarantine restrictions while most of their Intrust Super Cup rivals played three trial games.

Hunters coach Matt Church said his squad felt well-prepared for the remainder of a season that will feature more byes following a change in schedule due to last year’s COVID problems.

“We’ve got three matches now before another break and then three matches again before a bye so we’re looking at the season in blocks,” Church said.

“But we really feel as though we’ve got our pre-season done now because we’ve had the chance to play together, adjust to new rules and improve our match fitness.

“That’s really important because the Intrust Super Cup is such a tough competition. If you’re five or 10 per cent off your best in any game, you’re going to struggle to win so we’re happy that we’ve made good progress in the last few weeks.”

The Hunters will arrive in Mackay to play a Cutters’ team that lost its opening two matches – a narrow loss to premiership heavyweights Redcliffe before showing impressive patches in a loss to defending champions Burleigh Bears on the road.

Church said the Cutters were always dangerous, especially when boosted by their loyal supporters at the impressive BB Print Stadium.

But the Hunters will have their own support with Mackay’s PNG community set to turn out in numbers for their team.

“The Mackay PNG community have been in touch with us and we’re hopeful that about 200 or so Hunters supporters will be there which will be a real boost for our players,” Church said.

“The Cutters have a big pack through the middle so we know that we’re going to have to be physical again. The players are ready to go so we’re looking forward to it.”

Emmanuel Waine comes into the back-row for the Hunters in the only change to the starting team following the win over the Jets.

“Emmanuel has played in the middle for us in the first two games off the bench and shown strong commitment but he’ll be back in a more familiar position on the edge this weekend,” Church said.

“He’s one of the players in our squad who has continued to progress well and he deserves his chance in the starting team against Mackay.”