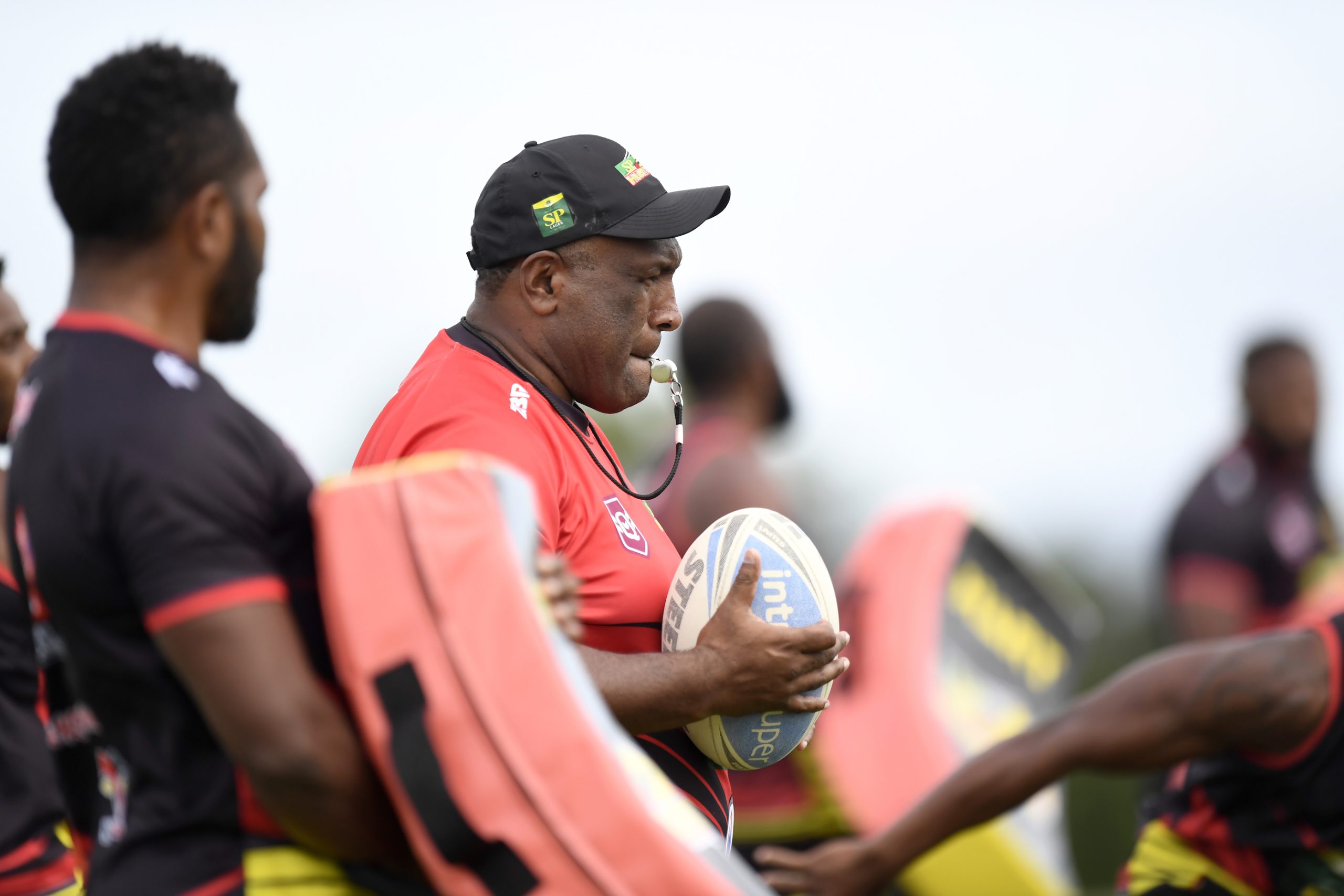 By Oscar PannifexNovember 25, 2022No Comments

The SP PNG Hunters are pleased to announce that former assistant coach and current PNG Kumuls head coach Stanley Tepend has been confirmed as Head Coach of the club for the 2023 season. The club has also named an official 39-man training squad who will begin preparations next week for the 2023 Hostplus Cup competition.

Tepend’s appointment as Head Coach is the latest milestone in a decorated professional coaching career that began in Papua New Guinea’s own Digicel Cup competition. Tepend’s success in this competition saw him win four premierships with the Lae Snax Tigers over a nine-year period before joining the SP PNG Hunters as an assistant coach in 2022.

Since then, Tepend has gone on to be named the PNG Kumuls Head Coach and has already enjoyed success at this level in both the mid-year Pacific Test and most recently in the Rugby League World Cup.

The club is extremely proud to have secured the services of one of Papua New Guinea’s most accomplished rugby league figures for the 2023 season and SP PNG Hunters Chairman Mr Stan Joyce CSM said he is pleased with the announcement.

“Given his capacity as an assistant with the Hunters this year and also his own personal development as a coach, Stanley was the logical candidate,” said Joyce.

“He enjoys a strong rapport with the playing group and has a genuine passion for improving and educating rugby league talent coming out of PNG.”

“In a short space of time Stanley has already shown us what he can do at a national level, and I look forward to seeing the direction he takes the Hunters in 2023.”

The SP PNG Hunters preseason training begins next week, and new Head Coach Tepend said he was humbled and excited by the opportunity.

“For me this is a huge honour and I’m really looking forward to the challenge,” Tepend said.

“There have only ever been two coaches in the history of this club and I have great respect for what Coach Michael and Coach Matt have done before me. We’ve got a long season ahead of us and I’m excited to get to work with the players and staff.”

The SP PNG Hunters have today also confirmed an official 39-man training squad for the approaching 2023 Hostplus Cup season and Tepend said he is pleased with the group assembled.

“We’ve got a good mix of returning, experienced players alongside some exciting new talents from the Digicel Cup,” Tepend said.

“We’ve made an effort to include players from as many Digicel Cup teams as possible which is exciting for those clubs. Having representatives from each team helps to create a clear pathway from Digicel Cup into the Hunters system. Those club representatives can also have a really positive impact on young players in each region, giving them something to aspire towards.”

Tepend said it’s an exciting time for the club as they prepare for the 2023 season on home soil for the first time in more than three years.

“We’ve got a strong contingent of World Cup players who will join camp next week and bring a lot to our squad,” Tepend said.

“It’s an exciting time for the club. We’re back on home soil next year which is a big boost for us and we’ll be looking to use every advantage when the time comes.”

“We’ve also got a great partnership with the Dolphins NRL club which will provide opportunity for four of our players to undertake a first-grade preseason under Wayne Bennett early next year. We will decide on those players internally over the next few weeks and look forward to seeing what they make of that opportunity.”