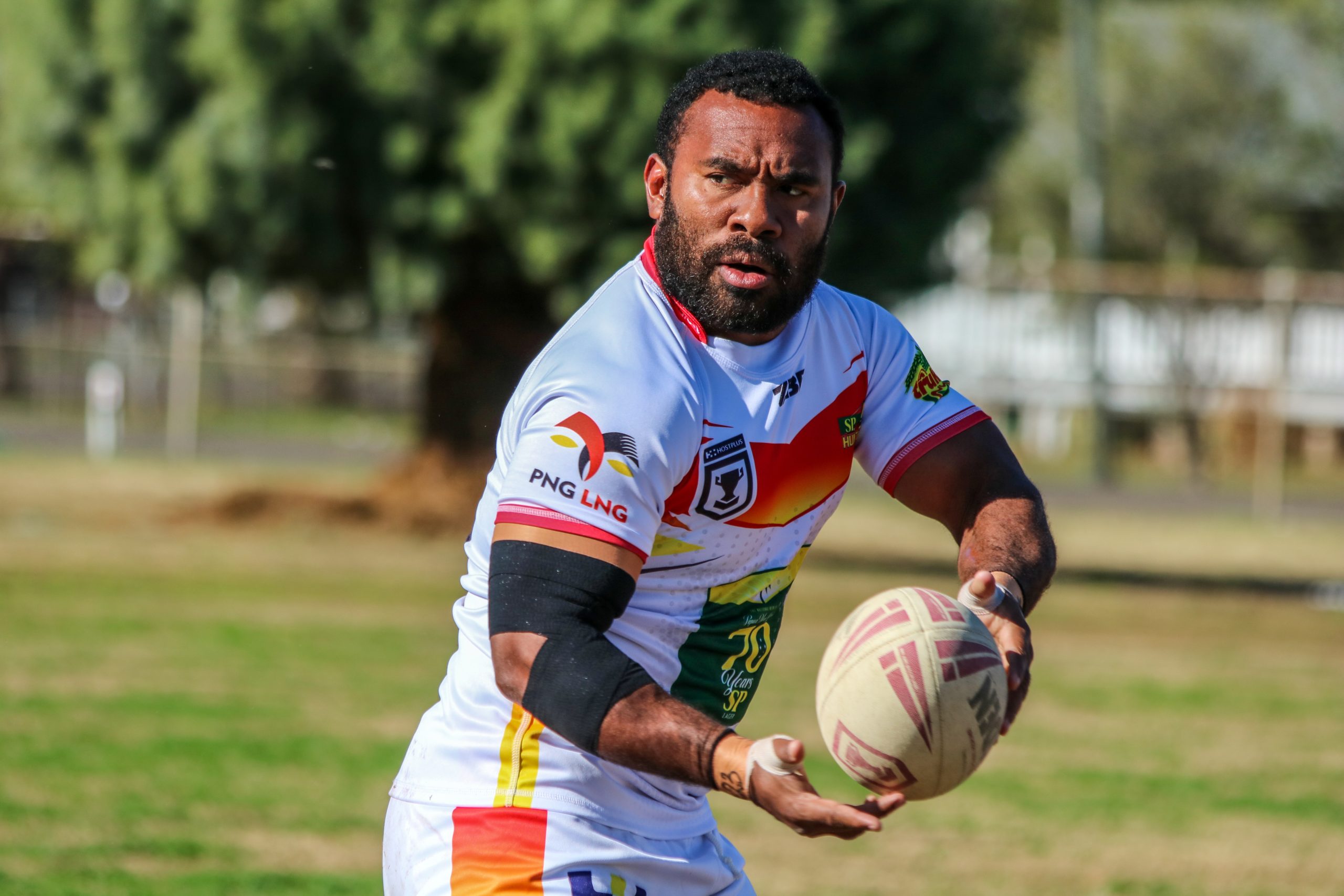 By Oscar PannifexAugust 5, 2022No Comments

The SP PNG Hunters will take on the Sunshine Coast Falcons at 3:15pm this Sunday, 7th August at Sunshine Coast Stadium in Round 17 of the QRL Hostplus Cup.

Sunday’s game marks the beginning of the end of a two-and-a-half year relocation period for the Hunters, who have based themselves on the Gold Coast throughout the COVID pandemic. Although momentarily delayed under QRL direction this week, the Hunters are slated to return to Papua New Guinea later this month to play out the remainder of the 2022 Hostplus Cup at the Santos National Football Stadium (NFS) in Port Moresby. Before they think about returning home however, the Hunters have a job on their hands this weekend when they take on the third placed Falcons on Sunday.

Both sides are coming off a bye weekend and will be eager to return to their winning ways with just four regular season games remaining.

The Hunters’ last game was a confidence boosting 32-24 win over the Brisbane Tigers in the QRL’s Country Round. The Cunnamulla locals were treated to a high-scoring affair on that day, with the Hunters running in six tries to five against the then fourth-placed Tigers side. That win was a particularly brave one for the Hunters who were without regular starters Dilbert Issac, Keven Appo, Rodrick Tai, Wesser Tenza and Junior Rop due to injuries or suspensions.

In their absence, backrower Kitron Laka stepped up to clock 138 running metres, two linebreaks and two tries and interchange hooker Kingstimer Paraia blew Brisbane off the park with three try involvements in a 10-minute blitz after halftime.

Most telling in that game though was the Hunters’ discipline and attention to detail when they returned from the sheds after the break.

The Hunters finished the game with a season high 86% completion rate and tidied things up to concede minimal penalties in the second half as they grinded Brisbane out of the game. With the ref’s whistle back in the pocket, the Hunters’ dominance in yardage proved too much for the Tigers to handle as they ran in four tries in the second half to Brisbane’s one.

With some key troops back on deck this week and just a few more chances to finish their stay in Australia on a high, the Hunters will be full of confidence when they take on the Falcons this Sunday.

The Sunshine Coast Falcons are themselves enjoying a highly successful 2022 season, sitting third on the ladder coming into Round 17 and comfortably inside the top four.

A last-outing loss to the fellow finals bound Capras in Round 16 was the Falcons’ fifth loss of the season but they will be ready to bounce back on Sunday if history is any indication. The Falcons have lost back-to-back games just once this season – in Rounds 11 and 12 against Burleigh and Wynnum-Manly respectively – and profile well to respond against the Hunters in Round 17.

The last time these sides met was in Round 4 of this season, with the Falcons running away 22-8 winners at Bycroft Oval. The Falcons’ squad was littered with NRL contracted players in that game, with Cooper Johns, Grant Anderson, Will Warbrick, Tyron Wishart and Chris Lewis all starring for the Sunshine Coast in Round 4.

With a number of those players likely to be missing from this Sunday’s game, the Hunters are every chance of avenging that Round 4 loss with a strong performance this weekend.

PNG playmaker Judah Rimbu has endured an injury-disrupted 2022 campaign but has strung together six consecutive games since Round 11 to take a leading role in this Hunters’ side.

Playing between fullback and the halves, Rimbu’s speed, kicking game and ballplaying abilities have proved a nightmare for opposing defensive systems in the last six weeks as he embraces a roaming roll in the Hunters’ attack. Chiming into backline movements on both edges, Rimbu has notched one try and nine try assists in his last six games as well as forcing four drop-outs in a display of his growing confidence and understanding at Cup level.

Rimbu’s ability to build pressure with his boot and turn field position into points with his passing and short kicking game has been crucial to the Hunters’ form revival, who have won three of their last six games with Rimbu playing a leading role in the spine.

What’s more impressive is that Rimbu has managed all this despite forced changes in the spine around him due to injuries and suspensions. Kingstimer Paraia, Mark Tony and Jamie Mavoko have all spent time in the halves with Rimbu this season while Wesser Tenza, Wartovo Puara and Paraia have shared time at dummy-half and Terry Wapi, Matthew Jesse and lately Tyler Han have occupied the fullback position.

As Rimbu develops combinations with the spine players around him, he will get more opportunities to utilise his vast skillset and positively impact the game for the Hunters.

Head Coach Matt Church says he is mindful of the threat posed by the Sunshine Coast this weekend but is confident his side is up to the task.

“The Falcons will be a big challenge for us. They have a strong forward pack and we will need to contain them through the middle part of the field,” said Church.

“We are looking to build on our ball control and discipline this week. We really turned that around in the second half of the Tigers match. Combined with a good kicking game, we can put pressure on the opposition.”

Church also paid tribute to playmaker Judah Rimbu who is enjoying a strong back half of the season.

“Judah first came back into the team at fullback, as I felt we needed him to run the ball more,” said Church.

“He was getting bogged down a little in trying to control everything from the halves and we wanted him to be a run threat first and a pass threat second.”

“This gave him the understanding he can fix defenders with his running tempo and then make good decisions with his passing game. Since he started at fullback in round 11 he’s had 9 try assists to lead the Hunters in that statistic.”