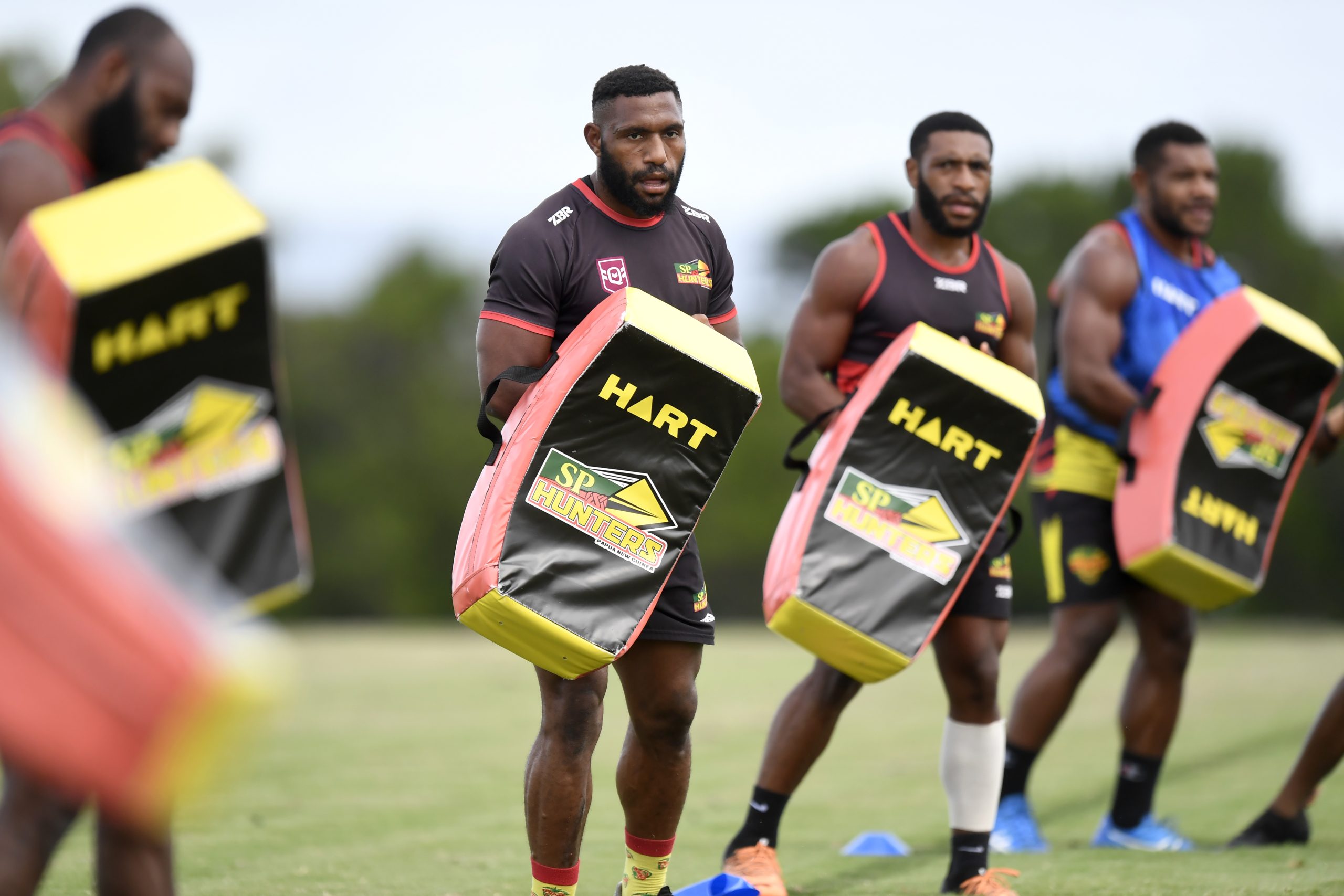 By Oscar PannifexJuly 7, 2022No Comments

The SP PNG Hunters will travel north to BMD Kougari Oval, Brisbane on Saturday 7th July to take on the Wynnum-Manly Seagulls in Round 14 of the QRL Hostplus Cup.

Saturday’s match is a good opportunity to bounce back for the Hunters, who were ambushed by a lively Ipswich Jets outfit at home last weekend. The Jets played to the slippery conditions expertly while the Hunters were off their game and will be looking for a response in Round 14 against last year’s grand finalists.

The positive from that game against the Jets was the successful return from injury for Ila Alu, who again settles for a bench role this week as he works his way back into the side. With a forward pack capable of matching anyone on their day and plenty of speed out wide, Alu’s ability to act as a link man between the ruck and the edges is invaluable for the Hunters as they look to post their fourth win of the season on Saturday.

The Wynnum-Manly Seagulls come into Round 14 following a ’21 Grand Final rematch with the Norths Devils last Sunday. The Seagulls won back some bragging rights with a 28-14 win in that game with five-eighth Max Plath scoring a double and setting up another in a starring performance.

With the Brisbane Broncos leaning heavily on feeder clubs this weekend to fill their NRL squad, Wynnum-Manly will need the likes of Plath to step up again this week and take control against an aggressive and physical PNG side.

These sides last met in the 2021 season opener, with Wynnum-Manly edging out the Hunters 20-18 in a nailbiter. Hunters’ rake Wartovo Puara scored a late try in that game as the Hunters threatened an unlikely comeback and will be instrumental to PNG’s chances again this weekend.

Having recently made his Kumuls’ debut as an interchange forward, the Hunters’ Emmanuel Waine will line up this week in his preferred centre position against the Seagulls. Waine is a tackle-busting machine who has had plenty of impact coming off the bench through the middle this season, but gets his chance out wide where he can cause serious damage against smaller defenders. If PNG’s halves can pitch Waine one-on-one with his opposite man in a bit of space, look for Waine to bust the line open.

Closer to the ruck, Hunters’ captain Keven Appo makes a move into the middle this week having played out the season so far on the left edge. Appo has been a defensive rock for the Hunters in 2022, making an average 24 tackles every week with an 89% efficiency to shore up the left edge and support the Hunters’ young halves as they transition into Cup grade. Appo’s workrate and effort areas on both sides of the ball will translate well into a lock-forward role around the ruck this week, while the hard running and harder hitting Kitron Laka earns a starting edge role in his place.

Head Coach Matt Church says he is looking for his side to improve their defence and discipline after last week’s loss to the Jets.

“Our focus this week has been on winning the collision and giving ourselves a chance with the ball,” said Church.

“We gave away too many cheap turnovers and were passive on both sides of the bal against the Jets so we need to improve that on Saturday.”

Church also made mention of a number of positional changes this week, including Emmanuel Waine and captain Keven Appo.

“Waine came to the Hunters as a centre. He’s been very good for us coming off the bench and playing through the middle but we want his explosiveness out wider this week. Appo moving closer in is about improving his versatility for our team and also helps him have another position to aid his chances for national selection.”