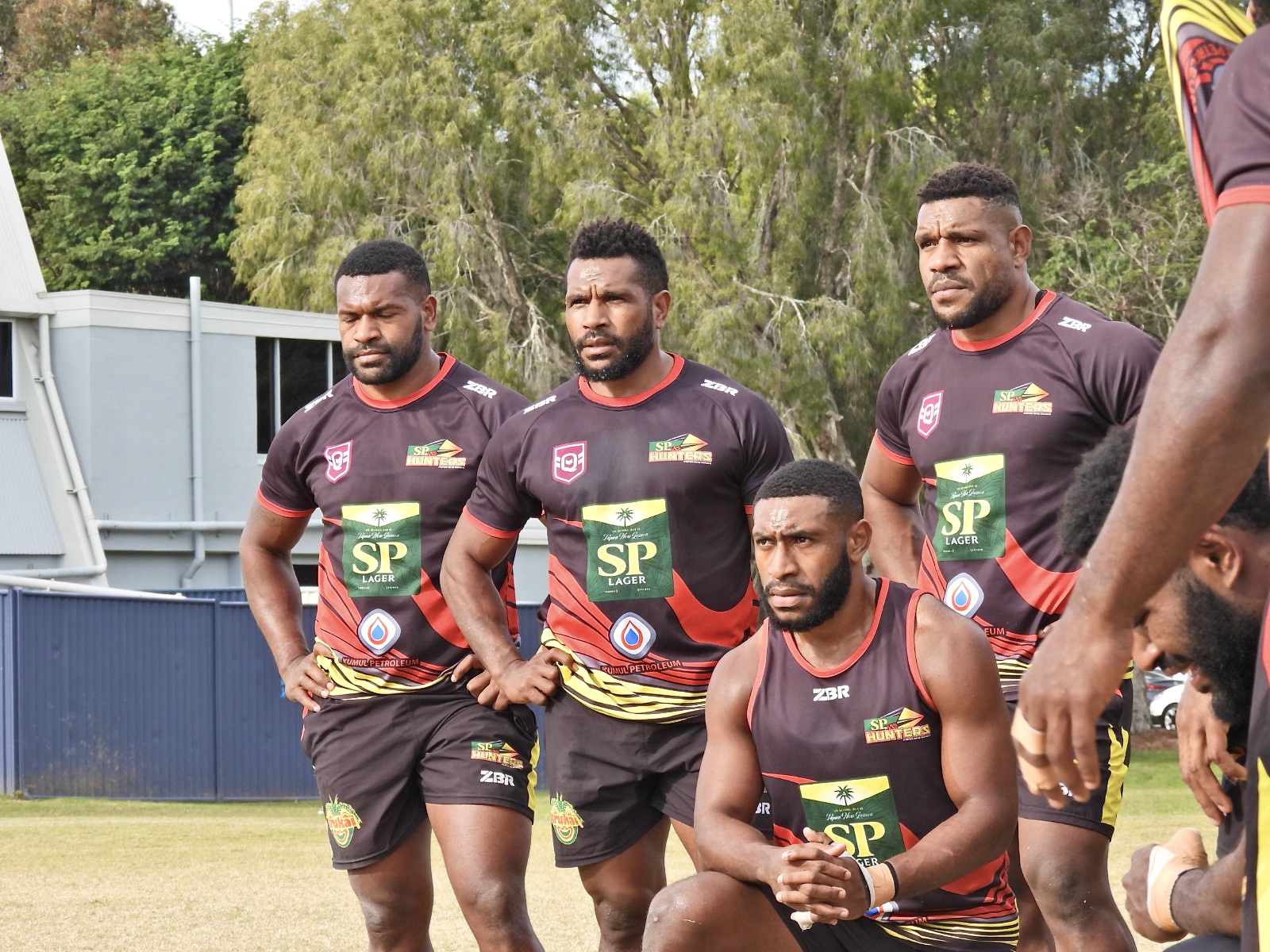 By Oscar PannifexJuly 3, 2022No Comments

The Ipswich Jets have played out a strong Round 13 on home soil to defeat the SP PNG Hunters 36-18 at North Ipswich Reserve on Saturday, 2nd July.

Despite their position on the ladder the Jets came out firing from the kick off, charging upfield with their first set to attack the Hunters’ line. The visitors’ defence held but it was a sign of things to come, with Ipswich dominating field position and yardage early on to score tries through Ricci Falaniko and Denzel Burns inside the first 10 minutes.

Having been beaten out of the gates, the PNG side mustered to drag themselves back in the contest thanks to the silky attacking skills of Judah Rimbu at fullback.

Rimbu first worked himself into space on the left edge and looked to have scored when he chased his own well-weighted grubber into the in goal but couldn’t ground the ball. Not to be dissuaded, Rimbu got involved again a few minutes later and on the right edge this time, throwing the final pass for Solo Wane to score in the corner in the 19th minute.

Brandon Nima was next to score for the Hunters and again it was on the back of Rimbu’s involvements from fullback. In an action-replay of his own botched attempt a few minutes earlier, Rimbu chimed into a Hunters’ left-hand shift and dropped another neat grubber in behind the line for Nima who grounded the ball in the in goal.

With all the momentum late in the first half it looked like the Hunters might steal an unlikely halftime lead, but a try to Ipswich’s Nathaniel Neale in the 31st minute gave the Jets a narrow 16-12 margin as they hit the sheds.

In cold, wet and slippery conditions at North Ipswich Reserve it was anyone’s game as the whistle blew for the second stanza. Both the Hunters and Jets were having no trouble working up the field but as fatigue crept into the game, so too did the ill-discipline.

Four second half tries to the home side were as much a product of enterprising, attacking footy as they were a result of the Hunters’ ill-discipline. Missed tackles, errors and penalties continued to gift the Jets good field position and they would convert this into points with tries to Lucky Pokipoki and Dominic Macumboy shortly after the break before Falaniko and Burns crossed for their respective doubles as the clock wound down.

A consolation try to Hunters’ centre Rodrick Tai – who looked likely all game with a number of tackle breaks and scything runs down the right edge – in the 75th minute was the only cause for celebration in the second half for the Hunters, who were their own worst enemy on Saturday.

The silver lining for the PNG side is a successful return from injury for captain Ila Alu, who played his first minutes for the 2022 season in a stint off the bench in the second half.

Alongside Alu, prop-forward Dilbert Issac did not get the result he wanted or deserved in playing his 50th Cup game for the Hunters on Saturday. Issac made his club debut in 2018 and has been one of the Hunters’ more reliable and consistent performers ever since. Tireless in attack and a bruising defender, Issac was strong for the Hunters again in Round 13 and provides the young squad with invaluable leadership and experience at Cup level.

Head Coach Matt Church was bitterly disappointed with the performance.

“We just made things way too hard for ourselves today,” said Church.

“We shot ourselves in the foot with our poor discipline on both sides of the ball. When we held the footy we scored points but we can’t expect to win with so many errors, penalties and missed tackles.”