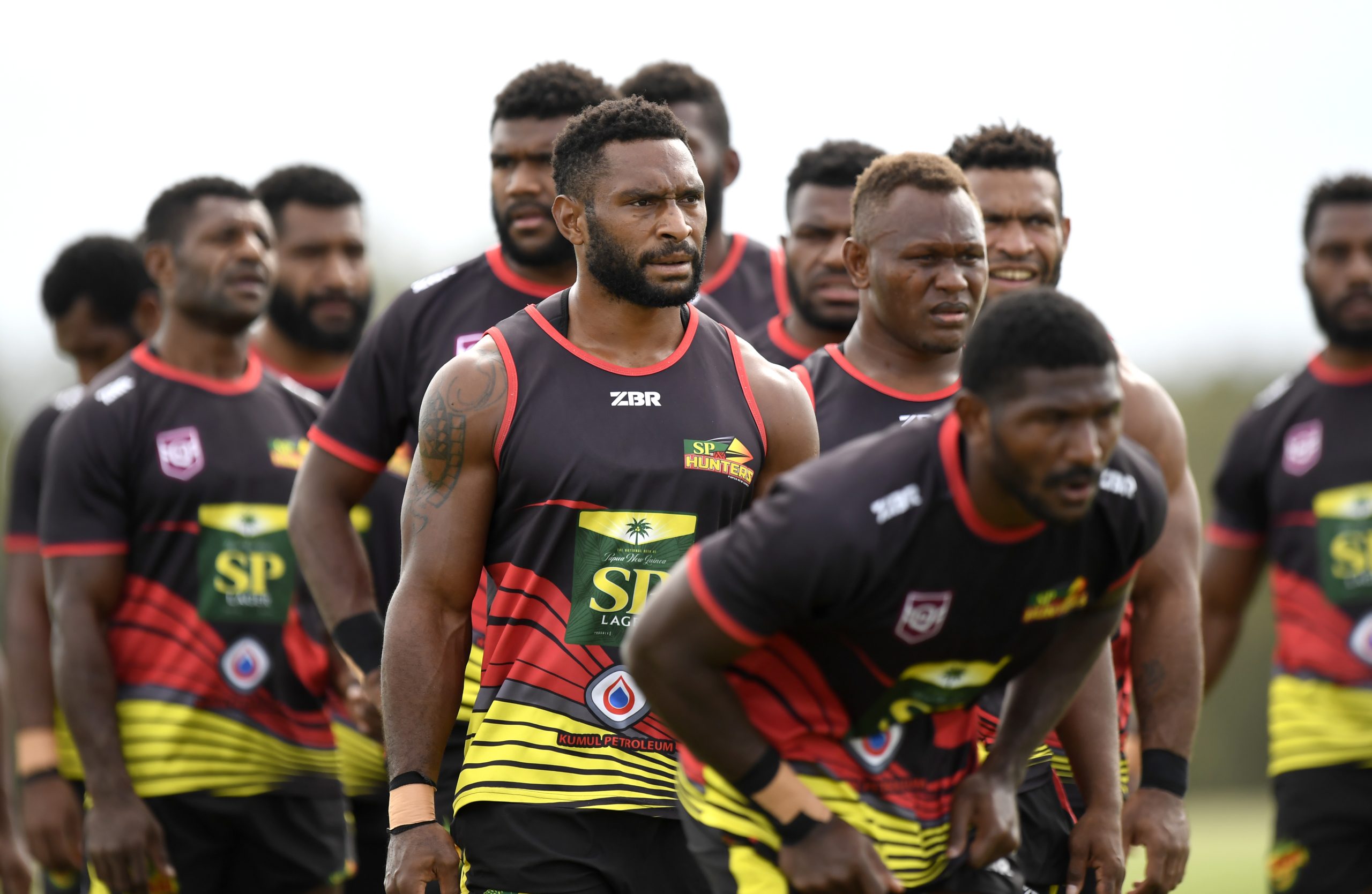 By Oscar PannifexJune 30, 2022No Comments

The SP PNG Hunters will travel to North Ipswich Reserve this Saturday, 2nd July at 3pm to take on the Ipswich Jets in Round 13 of the QRL Hostplus Cup.

Saturday’s match up presents as a winnable game for both the Hunters and Jets, who currently sit in 12th and 14thplace respectively on the QRL premiership ladder. With finals fast approaching, the two points on offer this weekend are invaluable as both sides look to keep their 2022 season alive.

The Hunters have everything to play for on Saturday following a disappointing outing against the Northern Pride in Round 12, two weeks ago. The PNG side were shocked right from the outset by a lively Pride outfit led by fullback Julian Christian, who set up a try in the opening minute and ran away with it from there.

With a week off in between games to prepare for the Jets on Saturday, the Hunters will come out with a point to prove in Round 13.

It’s a completely different story for the Ipswich Jets, who come into this game on the back of their first win of the 2022 season in Round 12 against the Souths Logan Magpies. Halfback Lachlan Cooper had a day out in that game, setting up three tries and kicking five from five off the tee to help the Jets to a drought breaking victory.

With a similar squad named to take on the Hunters this weekend, the Jets will be full of confidence in notching their second win of the season on Saturday.

The last time these sides met was in Round 2 last year, with the PNG Hunters coming away dominant 44-22 victors. Current Hunters’ skipper Keven Appo (29 tackles) was tireless in defence in that game, while Sylvester Namo (115 running metres) was immense playing from the bench. Both players will be key to the Hunters’ chances again this weekend.

The PNG Hunters mightn’t have played last weekend with the QRL observing a weekend off, but it was anything but for eight Hunters and a host of our coaching and playing staff taking part in the PNG Kumuls’ gripping Test win over the Fiji Bati last week.

Wartovo Puara Jr, Solo Wane, Dilbert Issac, Sylvester Namo and Emmanuel Waine all suited up for the Kumuls last Saturday while Terry Wapi, Junior Rop and Sherwin Tanabi made up the extended squad, and all eight players will bring invaluable experience and confidence back to the Hunters camp this week.

Alongside the Hunters’ host of representative players taking the field this week, Round 13 also marks the return of veteran forward Ila Alu from a shoulder injury sustained in the preseason trials. Named to make his first appearance of the 2022 season from the bench on Saturday, Alu will provide this young Hunters squad with great leadership and experience around the ruck against the Jets.

Head Coach Matt Church says there is no room for complacency as his side takes on the 14th placed Ipswich Jets on Saturday.

“We’re expecting a very hungry footy side that is looking to win,” said Church.

“We need to be detailed in defence and ensure we win the collision this week to give ourselves the best chance.”

On the slated return of Ila Alu, Church said he was looking forward to seeing him back out on the park.

“It’s a credit to our performance staff and to Ila’s professionalism that he has come back according to schedule. His leadership and experience will be invaluable to us in the back end of the season,” said Church.