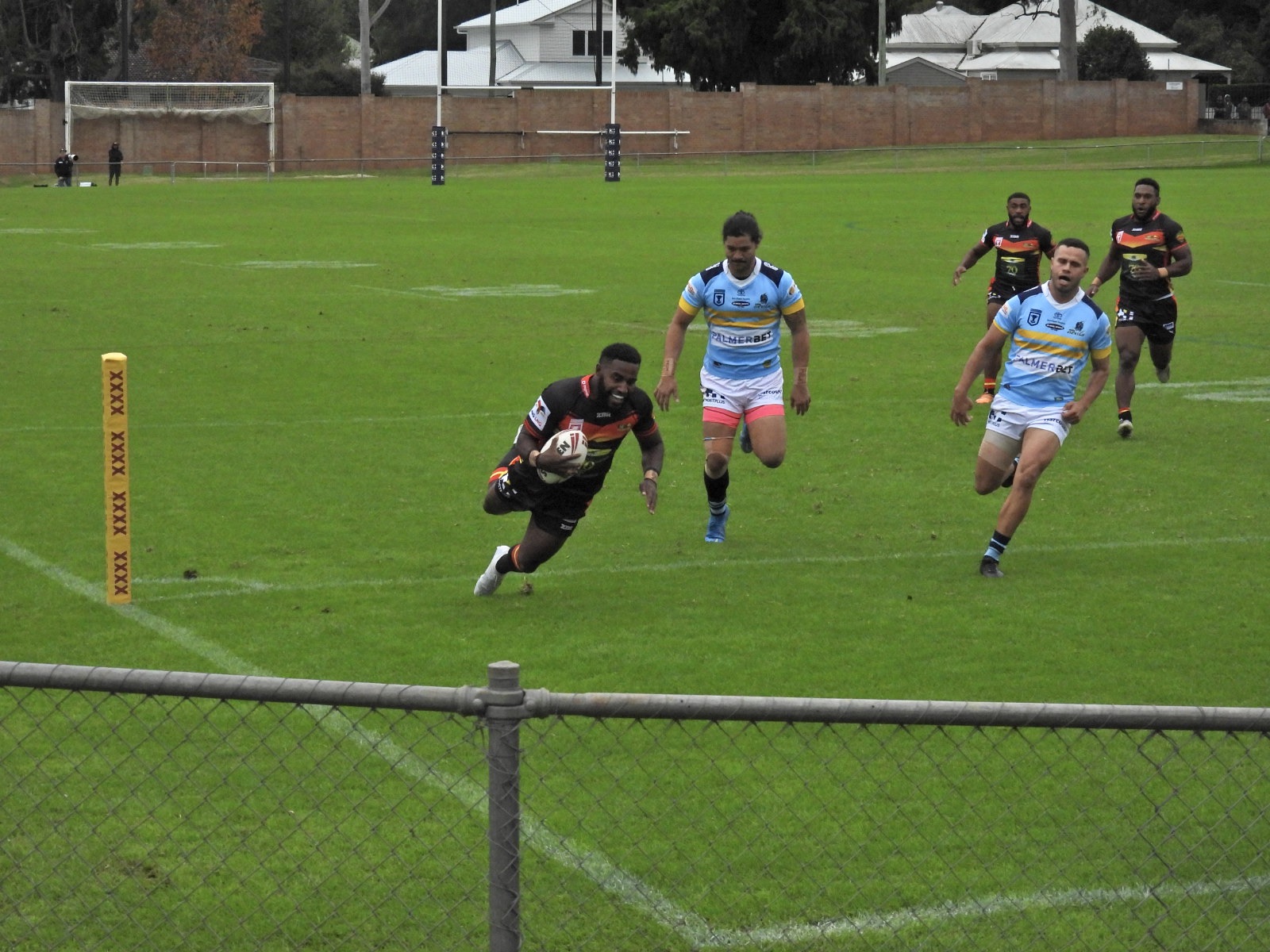 By Oscar PannifexMay 7, 2022No Comments

The SP PNG Hunters have responded admirably to a challenging start to the season, narrowly falling to the defending premiers Norths Devils 28-24 at Clive Berghofer Stadium, Toowoomba during Round 7 of the QRL Hostplus Cup.

From the kickoff it was clear the Hunters had a point to prove, defending their line for consecutive sets and denying Norths on both edges before forcing them to find points with a kick to Brendan Frei in the 3rd minute.

The Hunters would react convincingly, again turning Norths away on their own line before defending a second attacking kick. Hunters’ winger Terry Wapi would make a superb defensive catch to take possession for the Hunters before getting them 50m upfield with a clever run down the touch line.

Unable to score on the back of that line break, the Hunters would force an error in the next set thanks to a huge shot from Sylvester Namo and Solo Wane was the beneficiary when PNG shifted the loose ball to score in the corner.

Norths would reply with three quick tries in ten minutes as the Hunters struggled for possession, but a try in the 31st minute to Brandon Nima – courtesy of a pinpoint grubber from Mark Tony and a slick catch-and-pass back on the inside from Wapi – would see the Hunters finish the first half with confidence.

That belief flowed into the second half, with Wapi finally crossing himself for a well deserved try. The Hunters fired a shot down their left edge and Wapi took advantage of the disrupted defensive line to scoot from 10 metres out and barge over to bring the scores to 18-22.

As the crowd came to life in very wet conditions at Clive Berghofer Stadium, so too did the Hunters.

Twice in the dying stages of the match they looked like earning a repeat set thanks to the kicking game of Mark Tony, only for the Devils to somehow make it out of their own end. The Devils also managed to deny centre Rodrick Tai – who looked like he got the ball into the in-goal – only for the ref to determine he had been held up.

Norths would have some better luck down the other end of the field when Brayden McGrady somehow grounded the ball before travelling dead in the 67th minute in a try that came against the run of play.

Far from dropping their heads, the Hunters would dominate the final ten minutes of the match, scoring next to the posts through Kingstimer Paraia before forcing Norths to finish the game camped on their own line.

Head Coach Matt Church was delighted with the response his squad showed, particularly in tough conditions in the second half.

“I was really pleased with how they responded in the second half,” Church said.

“We were a little passive in the opening forty and I challenged the boys to lift their intent, run harder and play to the conditions. I thought they did that well in the second half.”

After a string of consecutive losses, it was not the result they were after but Church says the hard work is close to paying off.

“It was a real bounce back from our last performance,” Church said.

“We put ourselves into a position to win that game, which we haven’t been doing to begin so far this year. I’m proud of the boys’ efforts and if we play like that every week the results will quickly swing in our favour.”