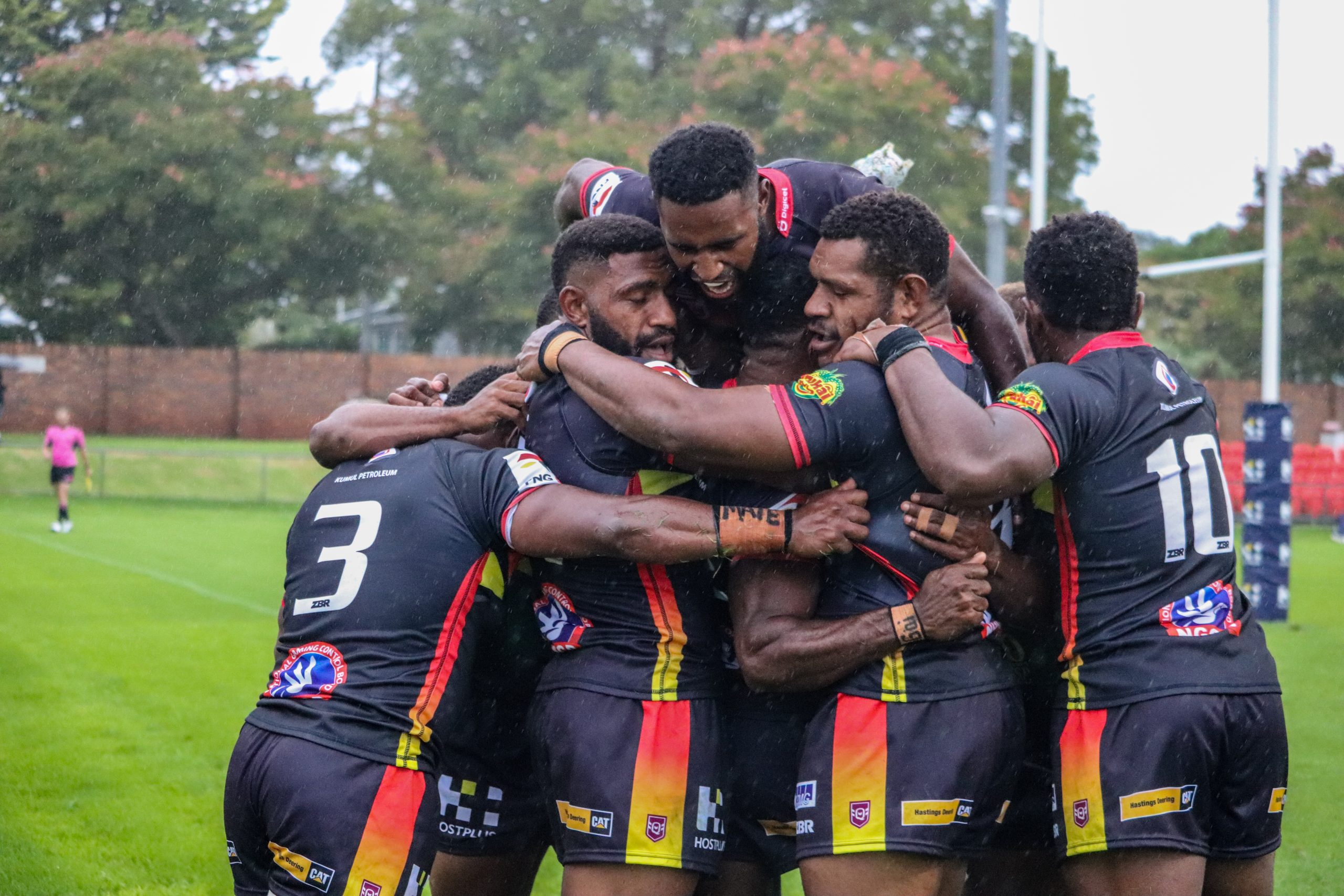 By Oscar PannifexMay 12, 2022No Comments

The SP PNG Hunters will travel to Townsville on Friday to take on the Blackhawks in Round 8 of the QRL Hostplus Cup.

The Hunters are coming off a loss but will take plenty of confidence from their performance in Round 7 which saw them push the defending premiers Norths Devils right to the siren. Despite having almost half as much time in possession as the Devils and losing halfback Jamie Mavoko to a HIA just seven minutes into the game, the Hunters still managed to miss less tackles, run for more post contact metres and all but match Norths in average metres per set. It was a superb bounce back from their previous game and if the Hunters can maintain that standard this week they will give themselves every chance against Townsville on Friday night.

The Blackhawks come into this one chasing their fifth win on the trot despite going 0-and-2 to begin the season. Veteran halfback Robert Lui has been a key contributor since returning in Round 5, notching three try assists in two games so far and providing the Blackhawks with some nice direction in attack. Having enjoyed the bye last weekend, the Blackhawks will be eager to return to their winning ways on their home turf this Friday.

The most capped player in the PNG Hunters’ proud history made his return last week against the Devils for immediate effect. With such a young and inexperienced squad in 2022, the Hunters have been looking for a leader in the spine and Wartovo Puara Jnr provided just that from dummy-half in Round 7.

Puara Jnr’s experience helped the Hunters get the most out of their strike players out wide in attack. He had a key involvements in setting up tries for Solo Wane and Brandon Nima and it’s no surprise that veteran Terry Wapi had his best game of the season with Puara Jnr back in the squad, too. Wapi ran for 111 metres to score one try, set up another and bust six tackles in an exciting and tireless performance on the left wing and will be looking to add to his try scoring tally again in Round 8.

After scoring 24 points last week against the defending premiers, Head Coach Matt Church is looking for further improvement in attack this week.

“We are getting better at playing a little more direct,” Church said.

“Our guys are fast and mobile, so playing more direct allows them to use their footwork at the line to get in between defenders. We’re better equipped to play through teams rather than around them, so we’re continuing to work on that each week.”

Two of the Hunters’ best in Round 7 were backrowers Sherwin Tanabi and Keven Appo. In just his second game at QLD Cup level, Tanabi played the 80 minutes and ran for almost 150 metres while Appo on the other edge made 30 odd tackles without a miss.

Church was full of praises for both players.

“Sherwin was outstanding and I probably didn’t realise just how effective he was in that game until I watched it back,” Church said.

“He’s had a great preseason and I intentionally held him back just to get the feel for the game in Australia before exposing him to HPC level. He’s handled the next level well and should continue to get better with experience.”

“As for Keven, he’s a captain who always leads with his actions.”

“I asked more of him in the lead up to last week’s game and he responded well. Defensively he really works hard on our left edge and communicates well, which is so crucial to defending well as a unit.”