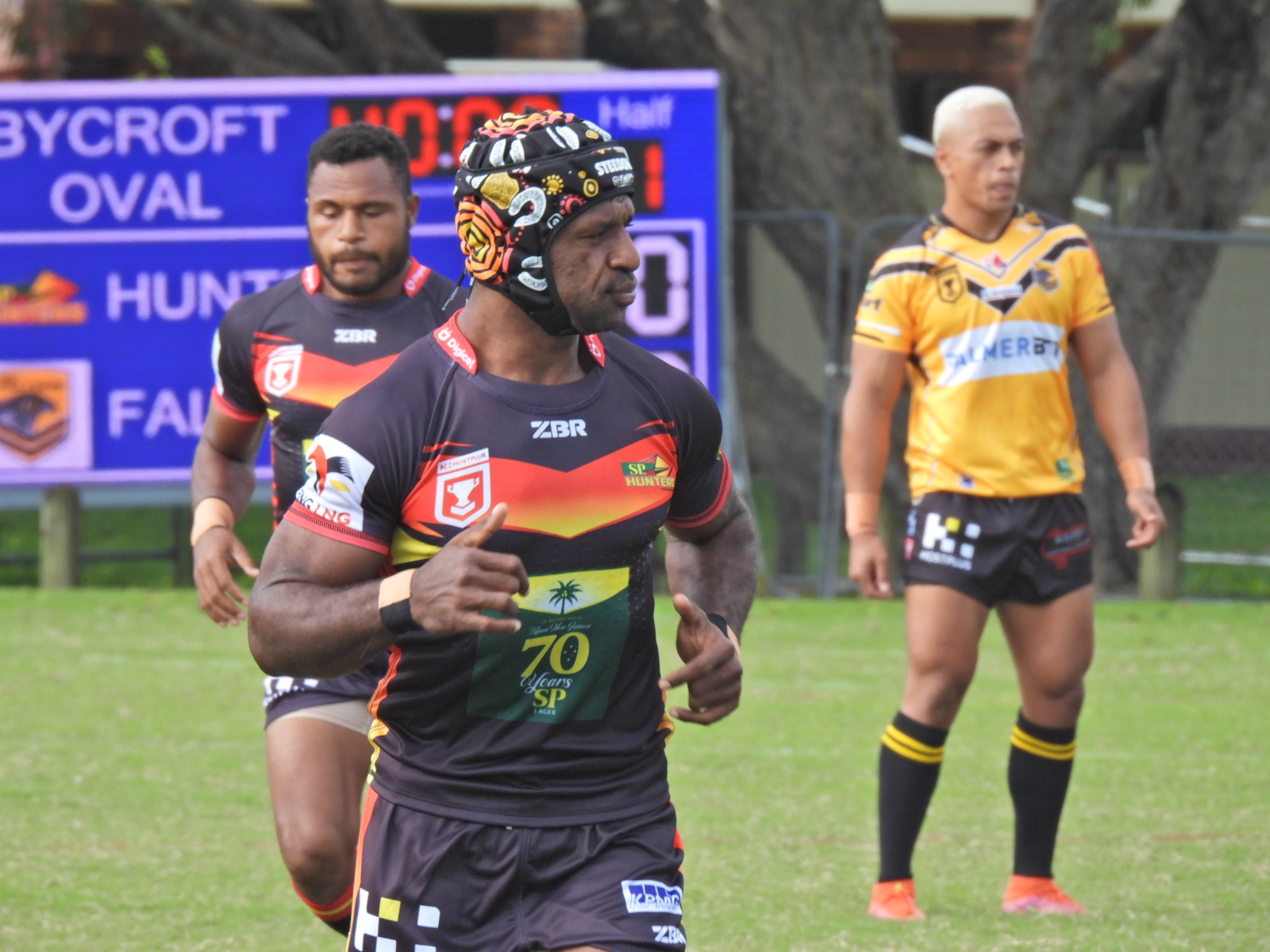 By Oscar PannifexApril 9, 2022No Comments

The SP PNG Hunters have gone down 22-8 to the Sunshine Coast Falcons in a fierce contest on Saturday during Round 4 of the QRL Hostplus Cup.

The final scoreboard appears one-sided but the game was anything but, with the Hunters threatening to narrow the lead on a few occasions as they chased a second half comeback.

The Hunters started better than in weeks previous, marching upfield effectively and taking the early two points on offer when the Falcons conceded consecutive penalties to begin the match.

Sunshine Coast would react by going quickly on the attack, searching down their right edge in good ball only to be denied in the corner by PNG centre Gilimo Paul. The Hunters were deemed to have played at the ball in defending that shift and Sunshine Coast would make the most of their fresh attacking set, going to the right again for Will Warbrick to open the scoring.

The Hunters muscled up in defence in response, forcing a few errors and working upfield to earn a repeat set themselves thanks to a well weighted attacking kick into the in-goal. The Falcons would do what the Hunters could not, however, and defended their line effectively in the ensuing set.

With the game settling into a grind, both teams looked for advantage through the middle and defended their errors reasonably well until Falcons’ winger Nat McGavin crossed in the 18th minute to break the deadlock.

The Falcons would take a 14-2 lead into the break.

The second half was a battle of field position.

Hunters’ fullback Matthew Jesse was energetic on kick returns to help PNG upfield and Keven Appo capitalised on the field position to score in the 68th minute. The Falcons wouldn’t break again though, defending their line and their lead through to the siren. The Hunters were brave in defeat and will rue a few controversial calls that went against them at times.

Junior Rop was a standout performer for the Hunters, starting at lock to help PNG start strongly before returning in the second half and changing the momentum. Rop forced three errors with his defence in the final quarter of the match as the Hunters chased points.

Head Coach Matt Church says there are clear signs of development within the playing squad despite the result.

“Our start was much improved compared to the last two games,” Church said.

“We completed much better and gave ourselves a chance to positively influence the result. It felt like we were on top for large periods of the game despite how the scoreboard read.”

“If we stick to our systems and continue improving each week the results will come.”