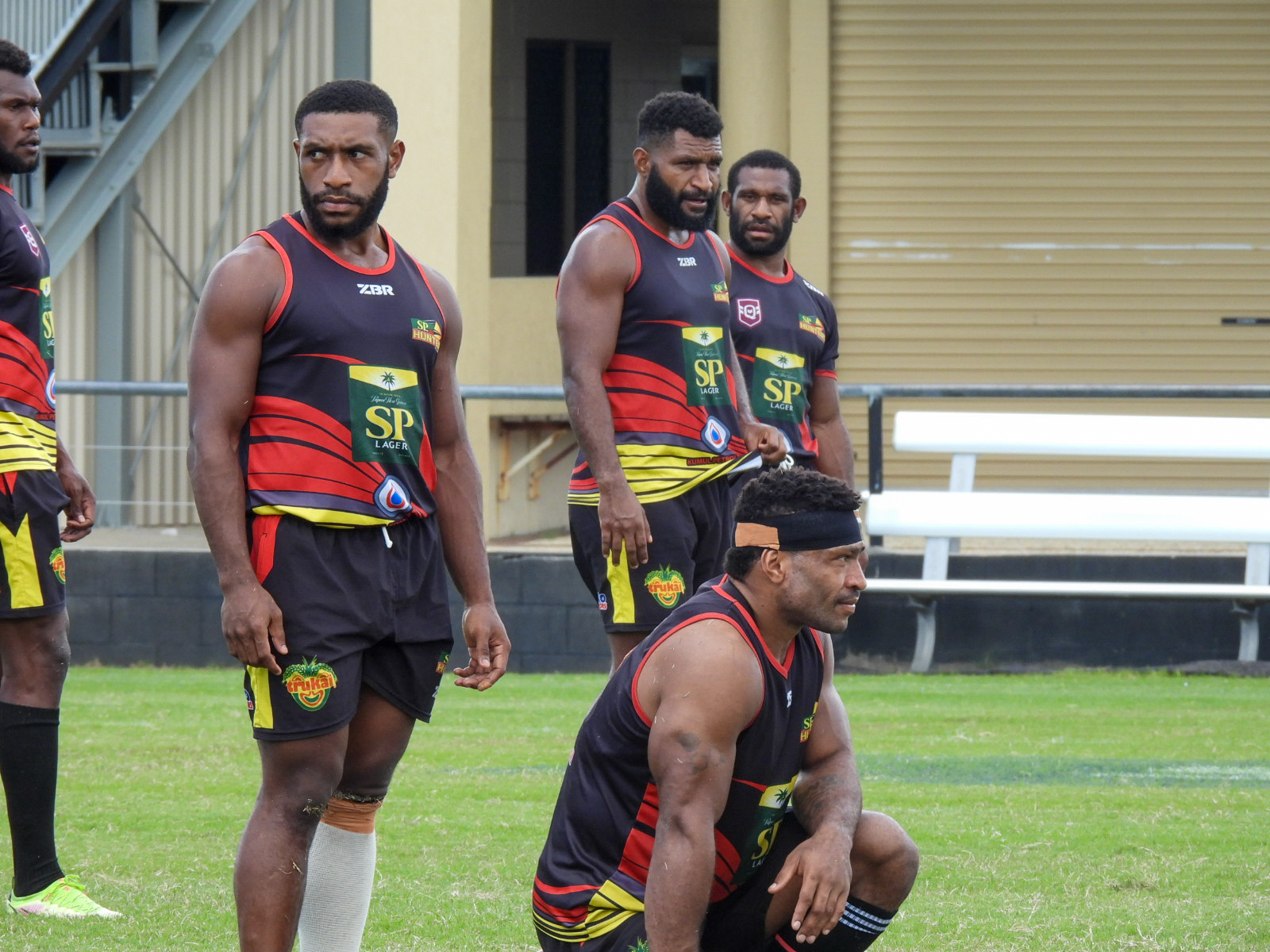 By Oscar PannifexApril 7, 2022No Comments

The SP PNG Hunters will be looking to get back into the winner’s column when they face the Sunshine Coast Falcons this Saturday, 7th of April at Bycroft Oval, Runaway Bay in Round 4 of the QRL Hostplus Cup.

The Hunters have made a fair start to the 2022 season, winning their opening game before going down in tightly-fought contests in the last two weeks. In both losses the Hunters finished strongly to win the second half and the focus is now on starting well against the Falcons this week.

Sunshine Coast have also begun the year with mixed results, making light work of the Dolphins in Round 1 before being comprehensively beaten by Tweed Seagulls in Round 2. It’s no coincidence that hooker Tyson Smoothy managed limited minutes in that loss to Tweed, and with him playing out the full 80 last week the Falcons comfortably handled a Souths Logan Magpies side in Round 3.

The last time the Hunters and Falcons met was in Round 13 last year with Sunshine Coast coming out on top 26-12. There has been a fierce rivalry between these two clubs since clashing in the 2017 grand final and this weekend’s game is shaping up to be no different.

PNG Hunters’ forward Emmanuel Waine had a day out against the Tigers last week.

The versatile and damaging ball runner can play in the centres or on an edge but punched out 80 minutes at lock in Round 3 to good effect. Waine managed 15 carries for 125 metres (38 in post-contact), one linebreak, one try and an outrageous 13 tackle busts through the middle last Sunday. He also made 25 bone-crunching tackles and is well positioned to influence the result against the Falcons in Round 4.

“Every side in this competition poses a challenge and our opening few games have been no exception,” Church said.

“We are in the process of developing our young PNG talent and while we aren’t as clinical as we would prefer, we are not too far away.”

Church said he is looking for further improvement in the Hunters’ ball security and ability to capitalise on attacking opportunities.

“Our turning the ball over on the first or second tackle is costing us,” said Church.

“Many of these have been in prime attacking positions. In a game that was still in the balance like the last two weeks, these missed opportunities are deciding the outcome. We’re working hard to improve on this in preparation for the Falcons.”