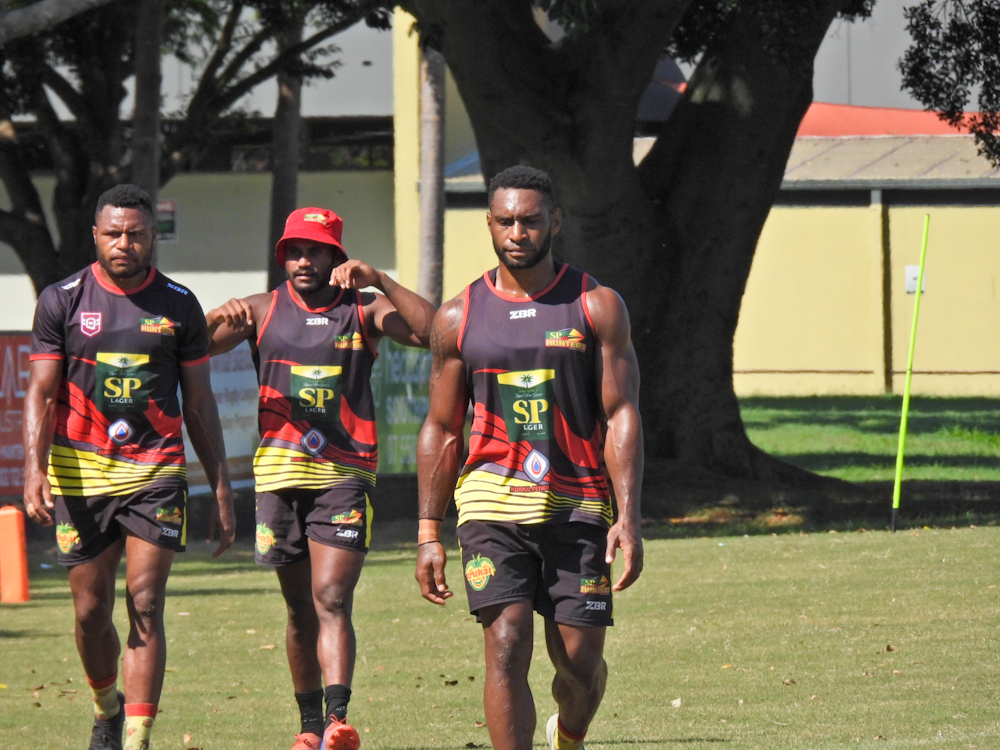 By Oscar PannifexMarch 26, 2022No Comments

The SP PNG Hunters have fallen short to a fast-starting CQ Capras side 26-16 in Round 2 of the Hostplus Cup at Browne Park, Rockhampton.

The Capras were on from the kick-off, working their way up-field in the opening set to launch an attacking kick skyward on the last. The Hunters couldn’t field it cleanly and Capras’ winger Brandon Roberts was the beneficiary, diving on the loose ball to open the scoring.

Backrower Ethan O’Neill was next to score for the Capras, latching onto a perfectly weighted grubber from five-eighth Raedean Robinson to score next to the posts.

The Hunters fought back to halt the onslaught but couldn’t stop a spinning effort from Bailey Butler close to the line, nor a slick inside ball from halfback Jack Madden to put Tyler Szepanowski over for the Capras’ fourth try of the match.

As both packs rotated their starting forwards the momentum swung back towards the Hunters. Samuel Yegip, Junior Rop and Kingstimer Paraia had instant impact when they entered the game, with Paraia diving over from half to score the Hunters’ first points in the 35th minute.

Two quick tries to begin the second half through Terry Wapi and Brandon Nima kept the comeback hopes alive for the Hunters. Captain Keven Appo produced a miracle offload close to the line for Wapi to score and then it was Gilimo Paul’s turn, skipping to the outside, drawing the defence and throwing a one-handed offload back inside for Nima.

The final quarter was riddled with errors from both teams as fatigue set in, but the Hunters certainly had all the momentum with the clock winding down.  Their left edge looked likely all night but just couldn’t find the final pass on more than a few occasions. Only some desperate scramble defence would deny a comeback from the Hunters, who proved they certainly won’t be easy-beats in 2022.

Head Coach Matt Church was understandably disappointed with how the game began.

“Everything good we did last week wasn’t there tonight,” Church said.

“It’s obviously pleasing we were able to fight back and win the second half, but we can’t be conceding so many points to begin the game. We’re making it too hard for ourselves.”

One positive again for the Hunters this week was the impact their bench players provided.

“I thought Samuel Yegip made a difference for us when he came on. He and Junior Rop ran hard and had an impact through the middle,” said Church.