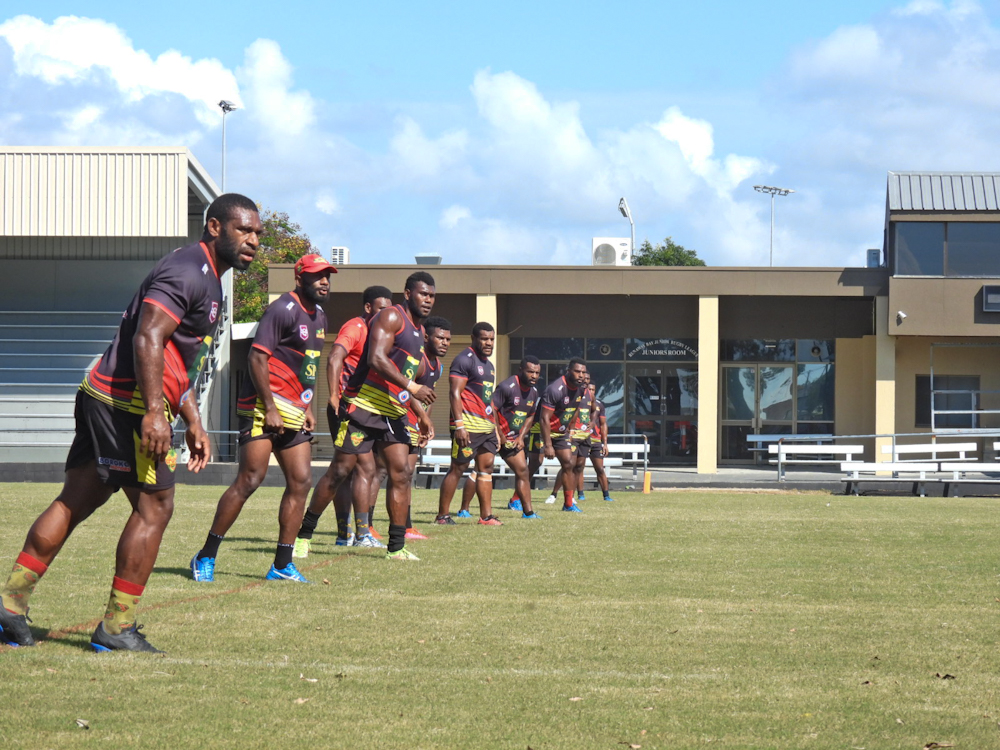 By Oscar PannifexMarch 31, 2022No Comments

The SP PNG Hunters will face the Brisbane Tigers in Round 3 of the Hostplus Cup this Sunday, 3rd April at Bycroft Oval, Runaway Bay.

The Hunters enter the match on the back of a 26-16 loss to the CQ Capras. The Capras scored four early tries in that game but it was the Hunters who finished strongest with two tries in the second half and multiple other scoring opportunities created. The Hunters will be looking to carry that momentum into Round 3.

The Brisbane Tigers started their season with a win over Tweed Seagulls before drawing with Souths Logan 22-22 in Round 2. The Tigers’ Storm contracted players have had a strong influence on their opening two rounds however it’s been halfback Darren Nicholls who has starred for the Tigers to begin the season. How the Hunters limit Nicholls’ impact on Sunday is shaping to be a deciding factor.

The last time these sides met was in a heated clash in Round 6, 2021 with the Tigers coming out on top 40-12. The Hunters will be looking to exact their revenge this Sunday.

Hunters’ winger and vice-captain Brandon Nima troubled the defence a few times in last weekend’s clash with the Capras.

Nima had 14 runs for 108 metres, two linebreaks, three tackle busts and a try in an energetic 80-minute performance. He is developing a nice combination with centre Gilimo Paul and the pair created multiple scoring opportunities down the Hunters’ left edge in the second half of last week’s game. If the Hunters can improve their execution we could see more of these chances turn into points.

Head Coach Matt Church says there were some positives along with some lessons to take from last week’s loss.

“Our bench led by Kingstimer, Samuel and Junior have lifted our energy across the first two rounds and we need our bench to have the same impact this week,” Church said.

“Our starting middles were a little slow out of the gates last week, so we are looking to improve our start to the game. Across the park we need to hunt together as a group.”

Church is also looking for the Hunters to improve their execution in attack.

“Our left edge is working well together as they build combinations,” said Church.

“We saw them create a number of opportunities and score both of our second half tries down that edge last weekend. It was unfortunate not to draw closer to the Capras with a couple of missed opportunities near halftime.”

Live on TVWAN Sports and PlayGo