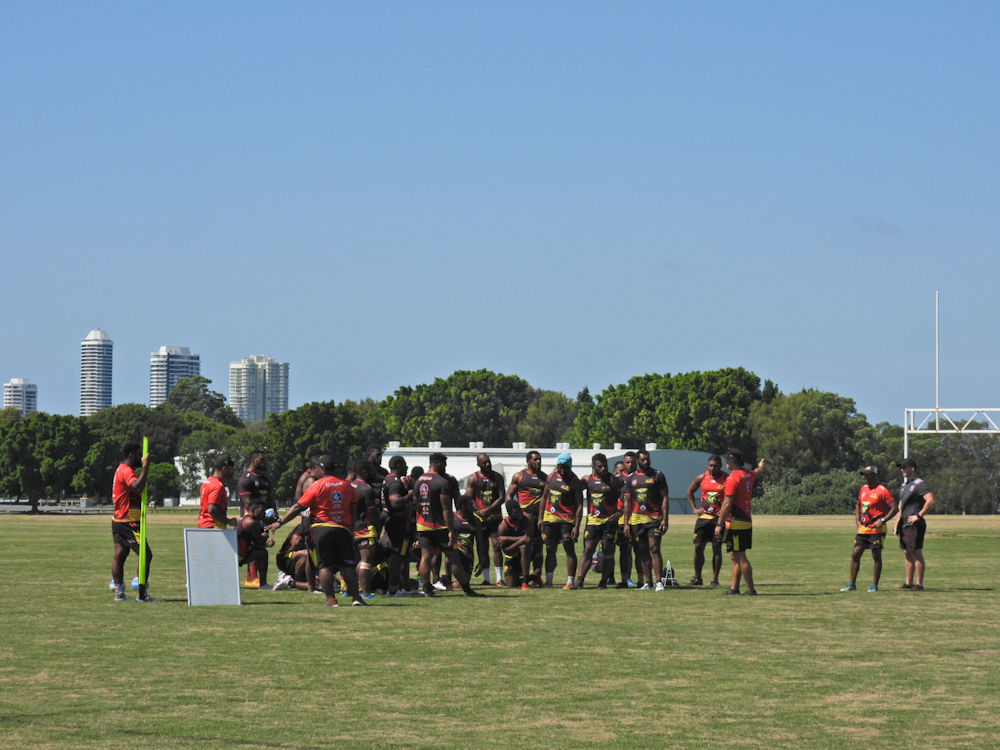 By Oscar PannifexMarch 24, 2022No Comments

The SP PNG Hunters will continue their 2022 campaign against the CQ Capras this Saturday 26th of March, 3:50pm at Browne Park, Rockhampton.

The Hunters kicked off the season with an encouraging 16-10 win over the Mackay Cutters in Round 1. The Hunters markedly improved their discipline and handling from the pre-season trials and took an early lead against the Cutters thanks to tries from Solo Wane and Dilbert Isaac. From there the Hunters’ defended their lead through the second half before Judah Rimbu kicked them out to a six point lead in the dying stages.

The Capras also started their season with a win, besting Souths Logan Magpies 24-22 in a tight contest last weekend. Souths started fast but the Capras came home strong, scoring three second half tries to eventually take the lead in the 71st minute.

The last time these sides met was in Round 16, 2021 with the Hunters coming out on top 22-20. Wane scored a double in that game and the margin could’ve been much greater if the Hunters had converted better.

Prop-forward Casey Dickson made a statement in Round 1.

Starting in the front row and dominating on both sides of the ball, Dickson played 46 minutes straight to begin the game and lost none of his impact in attack or defence. The stats confirm this; Dickson took 12 hit-ups last week for 125 run metres (47 in post-contact) and four tackle busts, bending the line with every run and generating ruck speed for his team. He also made 22 tackles (second-most by a Hunters’ forward) to round out an impressive individual start to the season.

Head Coach Matt Church was pleased to get the win last week but maintains there’s still plenty to work on heading into Round 2.

“Last week was a good start to the year, but we still need to get better as the season progress,” Church said.

“Our focus this week remains the same; focus on our roles and keep it simple. We need to control the ball and kick well to give ourselves the best chance against the Capras.”

Live on TVWAN Sports and PlayGo