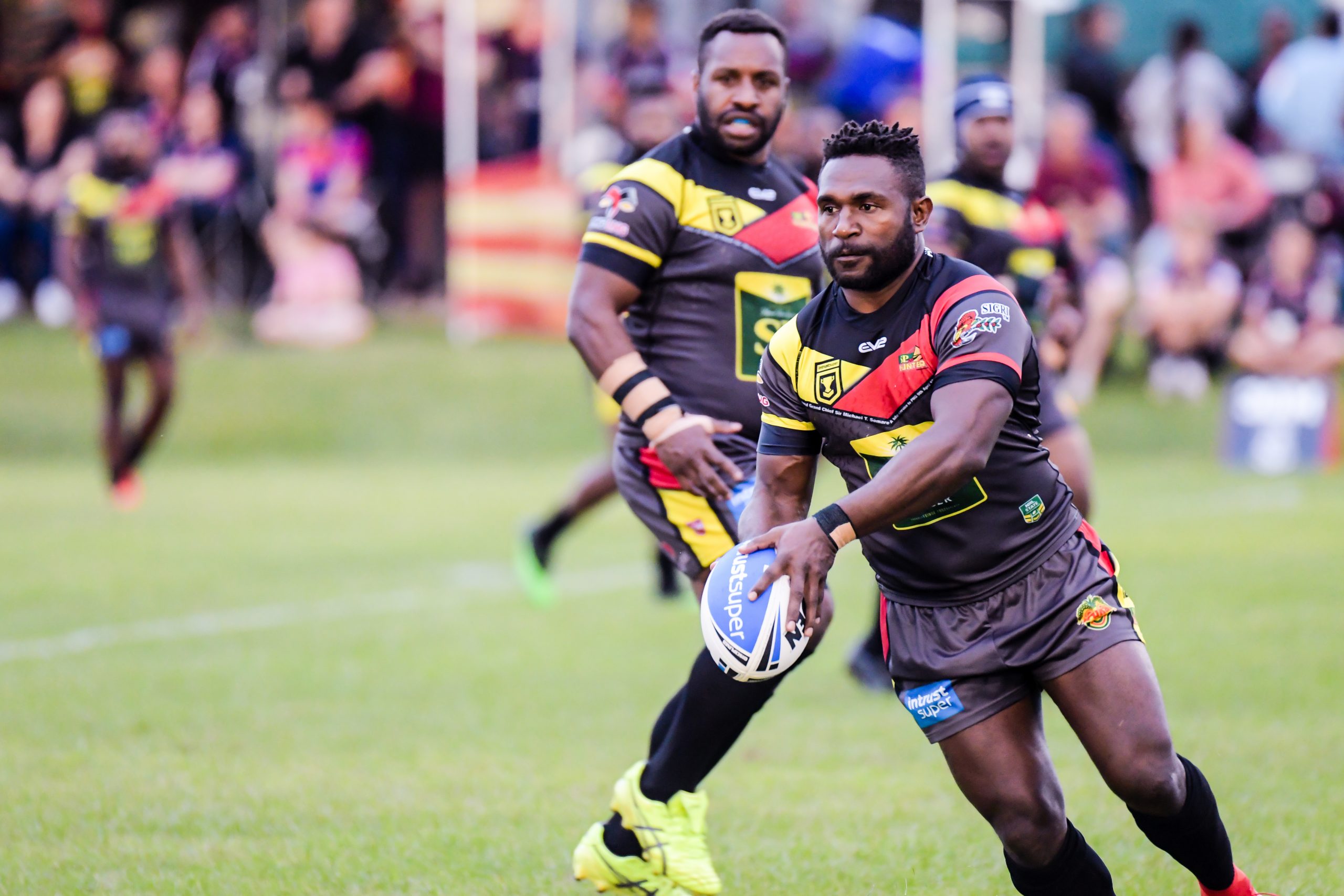 The SP PNG Hunters will seek the consistency that can ignite their Intrust Super Cup finals campaign when they take on Mackay Cutters at Bycroft Oval on Saturday afternoon.

The teams met last in Round 3 when the Hunters were in the midst of a three-game winning streak that moved them towards the top of the table.

But the Hunters struggled for consistency after those early rounds until they settled back into their groove with a commanding win over Northern Pride in Country Week last weekend.

The nature of that win, set up by a solid forward effort and finished off by outstanding backline tries, has raised hopes that the Hunters can storm back into the finals which begin in September.

They are aided by difficult draws for the Pride and Sunshine Coast Falcons, who sit ahead of the Hunters on the fringe of the top eight with six matches remaining.

“We know what we’re capable of as a team but now we have to show that consistently and we get a chance to do that on Saturday,” Hunters coach Matt Church said.

“When we were winning games earlier in the year, we were coming off a long period in quarantine and we were ready to play well and our attention to detail was really good.

“We showed against the Pride last week that we’re regaining that. We made some excellent choices in that game on when to use our speed and our skill. That was an improvement on the previous week when we played the Falcons so the challenge is there for us to do it again.”

The Cutters will arrive at Runaway Bay in last place on the ladder however they have shown their ability to match it with the strongest teams.

Last week, the Cutters trailed competition leaders Norths by only six points with 10 minutes to go before the Devils moved clear in the final stage of the game.

The Cutters will again be without their contracted players from the North Queensland Cowboys due to the NRL bubble. The future of the bubble remains uncertain for all teams due to the ongoing Covid issues in some Australian states.

However, the Hunters won’t be affected by NRL bubbles as their home-grown squad prepares for a final push in their season based on the Gold Coast.

They will bring a winning record into their clash with the Cutters. The teams have played 10 times in Intrust Super Cup history with the Hunters losing only two of those matches. The Cutters have won one of their last eight away matches.

Junior Rau will celebrate his 50th Intrust Super Cup appearance for the Hunters. Rau was among the backline sprinters who unloaded six tries on the Pride last week.

Ase Boas will captain the Hunters while skipper Ila Alu rests from a HIA knock during the win over the Pride.