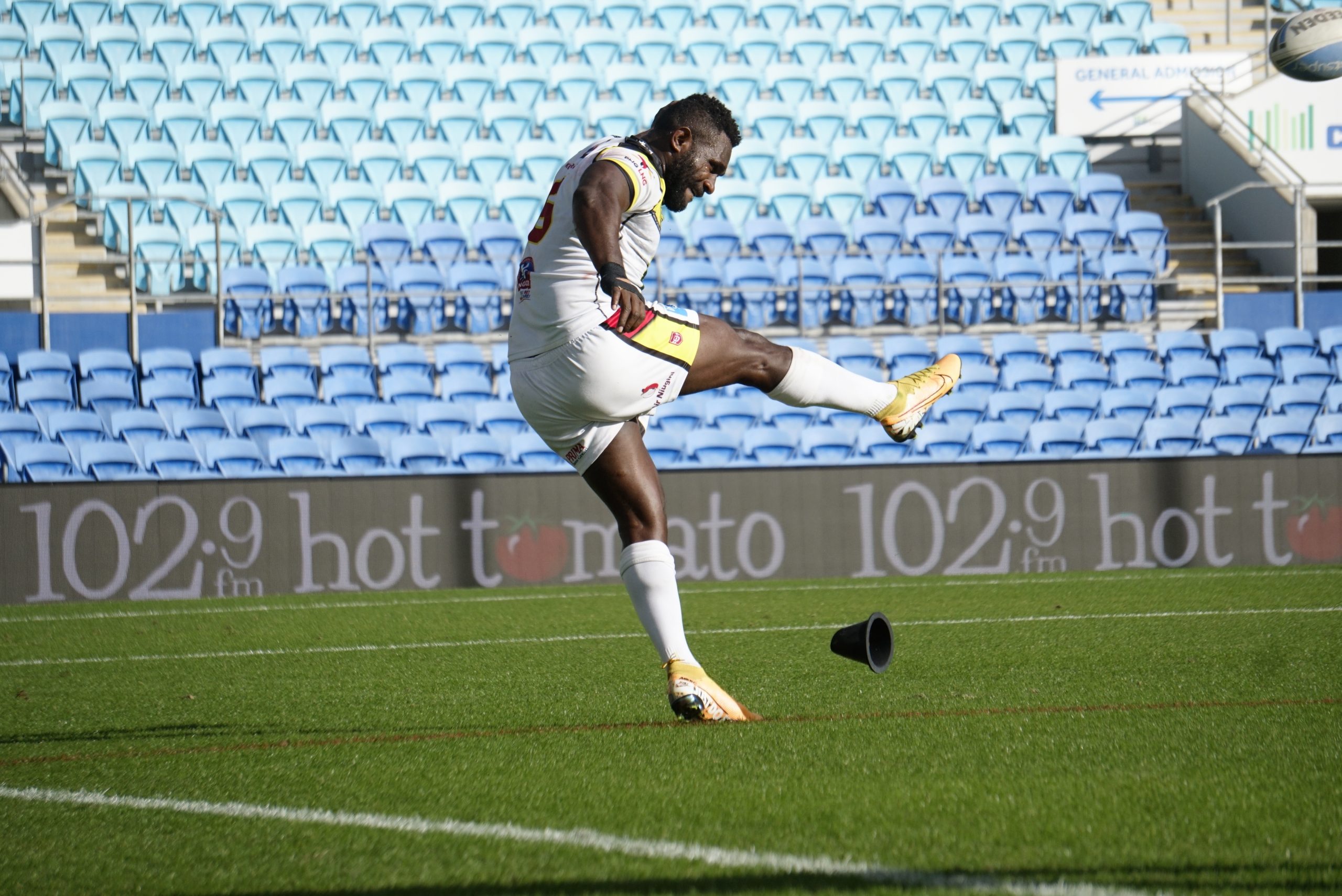 Winger Brendon Gotuno is among the returning players, three months after he broke his arm in the opening minutes of the last clash between the Hunters and the Cutters in Mackay.

The Hunters overcame Gotuno’s injury to sizzle through three tries in 14 minutes in one of the best passages of football since they arrived at their Gold Coast base for the 2021 season.

Since then, the Hunters have dealt with an unlucky injury run that has tested their depth away from home. They’re now waiting with other teams to see if the Queensland Government will lift a COVID lockdown at 6pm tomorrow night to enable Round 12 of the competition to proceed.

If they do, the Hunters will be ready to welcome the Cutters to their temporary home at Bycroft Oval, knowing a win can begin a run towards August’s finals series.

“We’ve had a disrupted season with injuries and suspensions which has made it hard to get combinations working,” Hunters coach Matt Church said.

“It’s a huge benefit to get those combinations firing and we’re now back to fielding a backline which is the strongest we can name at the moment in terms of experience.

“We know that Mackay will be tough – their position on the ladder belies the fact that they have been very competitive against some strong teams.

“They are a big team through the middle and that’s where we have to take them on. You can’t let Mackay dictate to you or it’s a long day. We know that we’ll have to be ready for their challenge.”

The Hunters’ win in Mackay in Round 3 was built on strength in the middle as captain Ila Alu led the charge with his teammates following. Forwards Samuel Yegip and Sylvester Namo scored two quick tries against the Cutters before Junior Rau finished off a backline movement in a stellar patch of play.

Gotuno, Rau and Terry Wapi will resume their places in the back three for the Hunters with Wapi reclaiming the fullback role he was forced to give up with an ankle injury.

The Hunters were boosted by a strong PNG crowd in Mackay in Round 3 and they will be grateful for the support of their Gold Coast-based fans this weekend.

“The crowd in Mackay that night was fantastic and we know how good our support has been this year,” Church said.

“It’s something that our players really appreciate and it gives a hometown feel to a game that is played a long way from Port Moresby.

“Those factors always help especially in these uncertain times as we wait to hear more on the lockdown situation. But we’ve spent all year adapting to changing circumstances so that’s nothing new.”

The Cutters are based in Mackay, which is not in lockdown like southeast Queensland and the Townsville region.

That means the Cutters have been able to train this week while the teams in southeast Queensland have been forced to cool their heels during lockdown.

However, last week’s bye has teams fresh and ready to play if the Government gives its approval at tomorrow morning’s scheduled COVID media conference.

If the lockdown is extended beyond Friday, the QRL intends to reschedule the round into a bye weekend in late July to ensure the Intrust Super Cup can stay on track for 19 matches for each team before the finals.