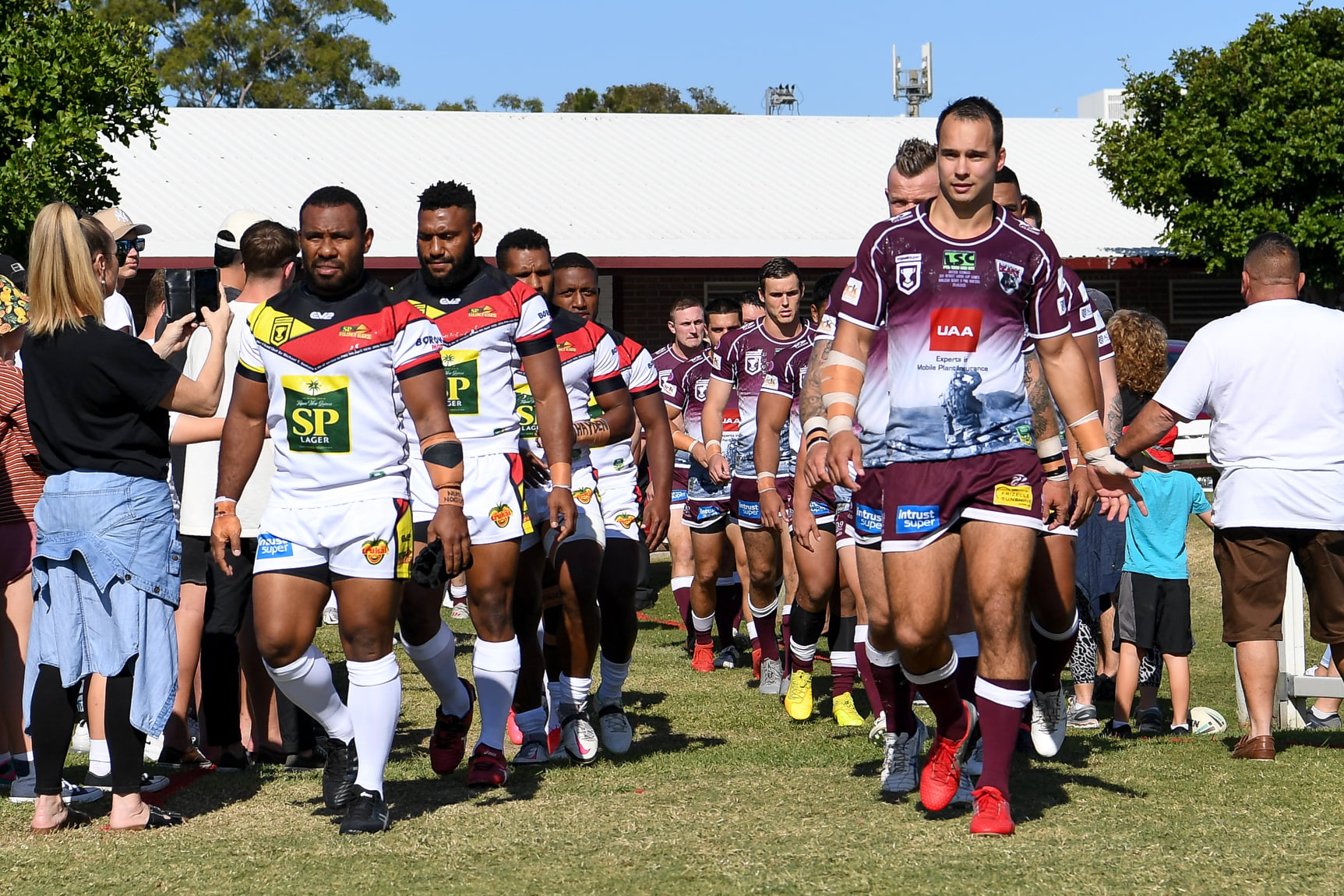 SP PNG Hunters have been forced into a change in their forward pack as their prepare for a much-anticipated clash with their Gold Coast neighbours Burleigh Bears at Cbus Super Stadium on Sunday afternoon.

Benji Kot has been suspended on a high-tackle charge and will miss the match against the Bears, who won a memorable Kokoda Cup showdown at Pizzey Park on Anzac Day this year.

That match typified the spirit in the PNG-Burleigh clashes, which have taken on an extra spice this year with the teams both located on the Gold Coast, where the Hunters are playing out this season because of COVID restrictions.

Kot has taken an early plea on a grade-one careless high tackle charge from the 38-22 loss to second-placed Norths Devils last Saturday.

Emmanuel Waine has been elevated from the bench to take Kot’s place in the showpiece clash which will be played at Cbus Super Stadium as a curtain-raiser to the Gold Coast Titans-Manly Sea Eagles NRL match. Mark Piti comes onto the bench.

Fortunately, the Hunters expect to regain captain Ila Alu, who missed the second half of the Devils match after failing a head injury assessment at halftime. The backrower has made good progress this week and is likely to be added to the Hunters’ team list.

Burleigh won the earlier clash with the Hunters this season 25-18 but only through a gamesealing try to Beau Fermor with two minutes remaining. The victory in another classic contest always played on the Anzac Day round began a four-game winning streak for the Bears.

Fullback Norman Brown, who has deputised well for the injured Terry Wapi, has not been named at this stage because of an ear-drum issue. His place has gone to Joe Joshua in the team list although there is some chance Brown may recover and regain his spot.

The Hunters hope to regain the winning spark that propelled them through a three-game streak earlier this season, leading into the Kokoda Cup match.

This will be the final match before a mid-season bye and the Hunters are hopeful that they can go a step further after rattling the Devils last weekend, trailing by just four with 20 minutes remaining despite Alu’s absence and a series of disallowed tries.

The Bears are in seventh place after falling to the Redcliffe Dolphins last week. The reigning champions led 20-18 with 17 minutes remaining before the Dolphins stormed home with late tries.