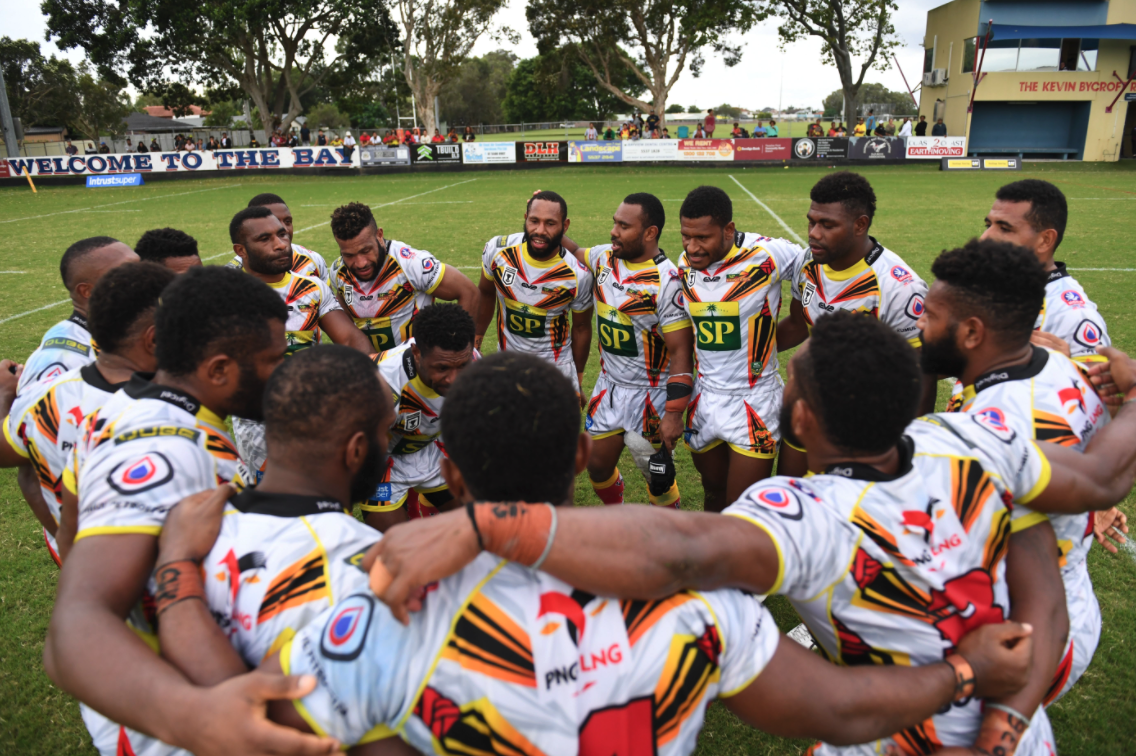 The SP PNG Hunters will focus on regaining the defensive muscle that put their Intrust Super Cup rivals on notice when they meet Redcliffe Dolphins at Moreton Daily Stadium on Saturday night.

The Hunters have help on the way with some key players returning for the clash with the eighth-placed Dolphins following last weekend’s bye.

The Hunters surged through a three-game winning streak in the early rounds with one of the best defensive records in the Intrust Super Cup before injuries and suspensions left them with only 17 and 18 players to select from for their last two matches.

The Hunters conceded at least 40 points in those losses to Brisbane Tigers and Souths Logan Magpies but a different squad will be assembled for the trip to Redcliffe.

Hard-working forwards Samuel Yegip and Enock Maki are back in the line-up along with Edwin Ipape and Benji Kot, providing the Hunters with valuable experience as they look to return to the top eight.

“Last weekend’s break came at a good time for us because we’ve needed all hands on deck in the last few weeks and that includes some of our youngest players,” Hunters coach Matt Church said.

“And those young players can really benefit from a week off because the Intrust Super Cup is played at a fast level and with really high intensity.

“The players we’ve got coming back this week will bring experience and real energy and they will help our defence. That’s a real aim for us against a team like Redcliffe who do test your defensive line because they throw a lot of footy at you.”

The Dolphins are the sole feeder team for the New Zealand Warriors, ensuring new faces in their line-up this season.

Former Brisbane Broncos halfback Sean O’Sullivan has been among those to play for the Dolphins. While he hasn’t been named in this week’s squad, he is expected to play if not required by the Warriors in their NRL clash with North Queensland this weekend.

“Redcliffe has always been a big, strong team and their agreement with the Warriors has only added to that,” Church said.

“They will provide us with a good test on Saturday night and we want to meet that test. They have played in some close games this year so they have shown that they can handle pressure.”

The Hunters withstood the test in their inaugural match in the Intrust Super Cup in 2014 when they defeated the Dolphins at Redcliffe 16-12 in a team featuring veteran hooker Wartovo Puara Jnr.

The honours have been shared between the Hunters and Dolphins in their Cup history with six wins each and one draw from their 13 matches.

The Dolphins have been strong at their home ground with 10 wins from their last 11 matches – the sole loss coming last month when they fell to third-placed Tweed Heads.

The Dolphins have a 4-3 win-loss record this season including five matches that have been decided by two points.