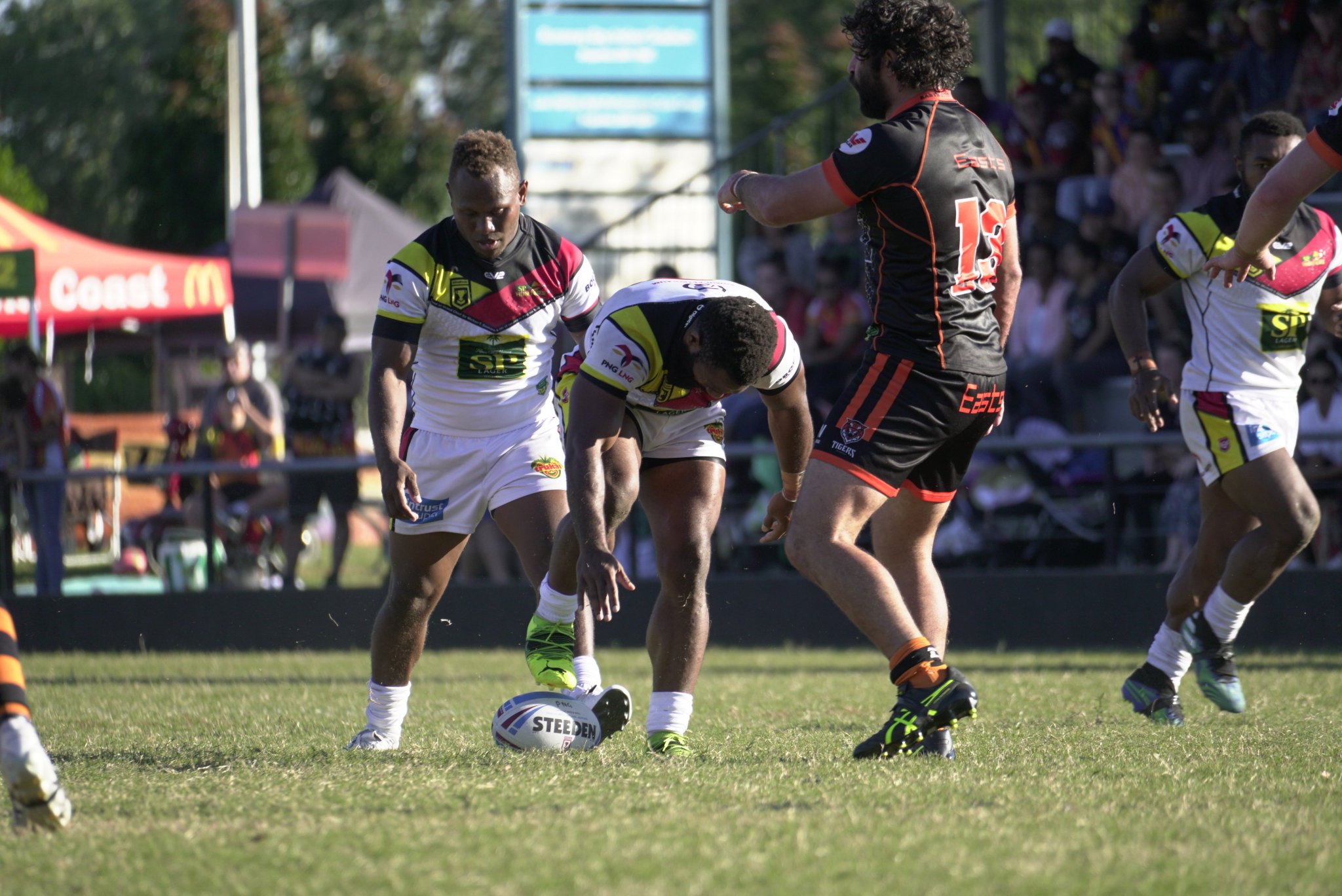 The SP PNG Hunters have welcomed back some key players ahead of Saturday night’s Intrust Super Cup clash with the Redcliffe Dolphins at Moreton Daily Stadium.

Hunters coach Matt Church was a relieved man when he conducted his early training sessions this week with 22 players available for selection after a much-needed weekend’s respite as part of the Intrust Super Cup’s split round.

It was a major change to two weeks earlier when there were just 10 players on the Tuesday who could be considered genuinely fit to take the field in the Round 7 match against Souths Logan Magpies.

The Hunters named their squad tonight, welcoming back three players from suspension in Edwin Ipape, Samuel Yegip and Benji Kot while experienced prop Enock Maki will make his first ISC appearance of the season.

The split round enabled several players to gain some match fitness in the Gold Coast Agrade competition last weekend. They included Stanton Albert, who emerged from COVID quarantine to play off the bench against the Magpies because there were no other fit players

“I know other coaches wouldn’t think having 22 players available for selection is a luxury but it is for us at the moment with the small squad we have here on the Gold Coast and the run we’ve had to endure with suspensions and injuries,” Church said.

“Seeing players come to training fit and fresher after the weekend off has given us a real lift. It’s been a little tough but that’s what can happen and we’ve had to deal with it.

“The effort of the players has been tremendous and hopefully that will convert into our performance on Saturday night.”

The Hunters still have fullback Terry Wapi (knee), winger Brendon Gotuno (fractured forearm) and centre Brandon Nima (pectoral tear suffered in Round 7) on the sidelines as they prepare to meet the Dolphins.

Redcliffe edged past the Hunters on the table when they held off Brisbane Tigers away from home in a close match in Round 7. The Dolphins are in eighth place with a 4-3 win-loss record. Remarkably, five of those seven matches have been decided by two points.

The Hunters stormed through the opening rounds this season, three consecutive games.

Their only losses in the first five rounds came against the unbeaten Wynnum Manly (20-18) and the rejuvenated Burleigh Bears (25-18) who have won three straight.

Their past two losing margins have been exaggerated on the scoreboard – 40-12 loss to Brisbane Tigers and a 48-14 defeat to Souths Logan. Yet the scores don’t show the adversity the Hunters had to face and the closeness of the matches.

The scores were locked at 12-all against the Tigers before PNG had four players sin-binned and another sent off in the second half, while against the Magpies they were behind only 12-10 at half-time before injuries and fatigue took its toll.