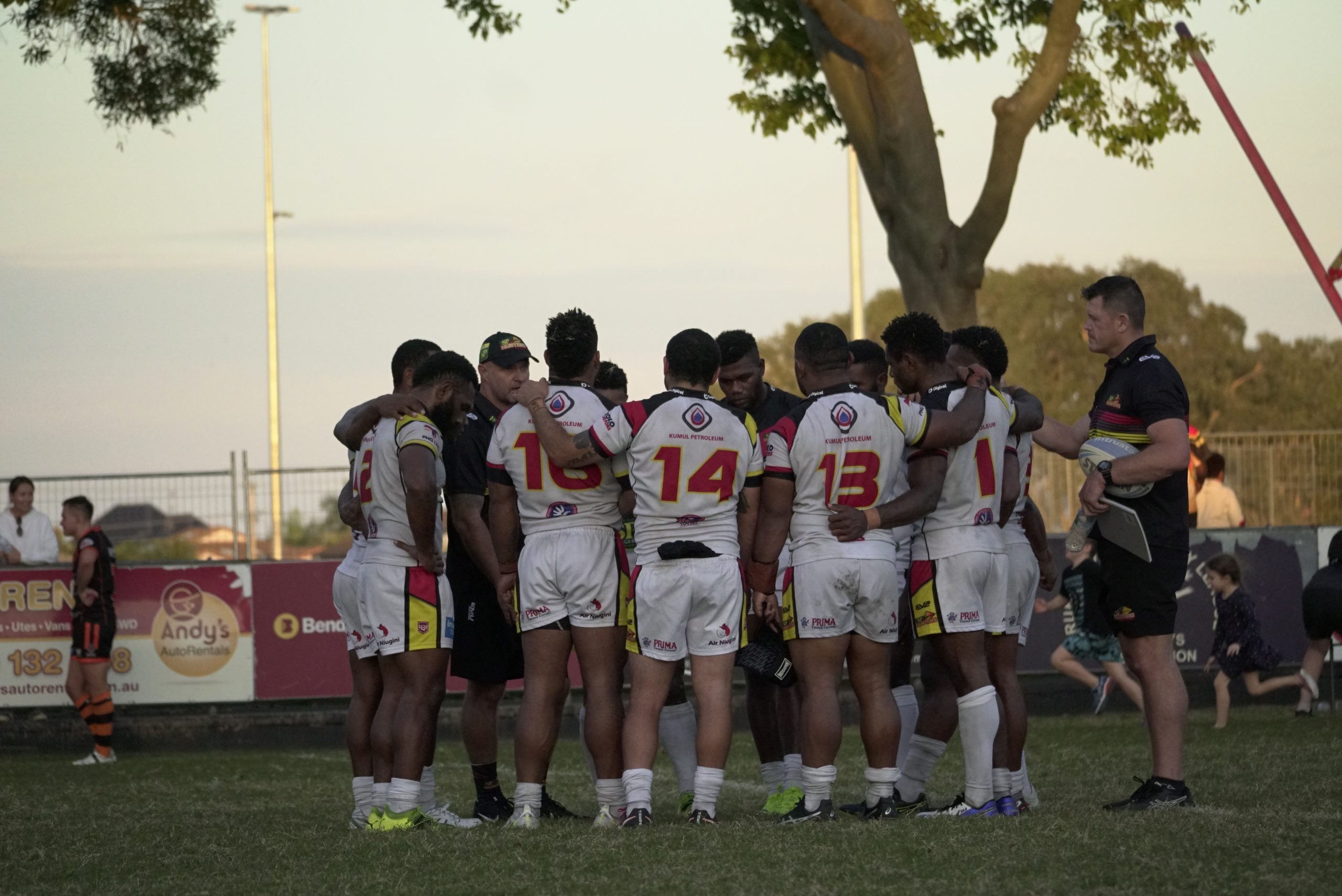 The next break in the Intrust Super Cup season will be welcomed by the SP PNG Hunters after they called on every available player for today’s 48-14 loss to the Souths Logan Magpies at Davies Park.

While the Magpies fielded the likes of NRL players Tom Dearden, Tesi Niu and Cory Paix alongside veteran Karmichael Hunt, the Hunters named their only available men to complete their squad.

Injuries and suspensions impacted on the Hunters but they still looked a serious threat midway through the second half when centre Jokadi Bire surged through a gap to close the deficit to 10 points.

But the last 18 minutes belonged to the Magpies, who raced in four tries including three to their Broncos-contracted players to stretch the margin. It was the Hunters’ first loss at Davies Park after seven consecutive wins at the ground.

Hunters coach Matt Church said several players would be ready to return for the Hunters for their next clash with Redcliffe Dolphins on May 29 in a split-round that gives PNG a rest next weekend.

“We’ve got some experienced players who will return from injury and suspension in two weeks so that will take some of the pressure off us,” Church said.

“We really weren’t able to confirm our team until after our final training session because we had to give our injured players as much time as we could. But we knew that this would be a tough season and we’re up for the challenge.

“Full credit to Souths Logan today. They made the most of their opportunities and they played a strong 80 minutes and deserved the win.”

Veteran hooker Wartovo Puara Jnr was among the Hunters who carried injuries into the game. He left the field in the 45th minute with a minor ankle issue and did not return.

Puara figured in the Hunters’ second try – an attacking raid that spread the Magpies and finished with Puara’s cut-out pass to flying winger Solo Wane, who did well to plant the ball on the line amid several Magpies tacklers.

The Hunters opened their scoring in the 22nd minute when forward Emmanuel Waine finished a slick movement built on the quick hands and feet of Bire and winger Junior Rau near the left-hand touchline.

Halfback Solomon Pokare converted that try as he became the latest Hunters debutant, partnering teenager Judah Rimbu in the halves.

The Hunters had patches of brilliance in attack but they were left to lament lapses that enabled the Magpies to skip to a 12-0 lead through to tries to Broncos Paix and Kobe Hetherington.

The Magpies struck quickly again in the second half, improving their 12-10 halftime lead with tries to Dearden (44th minute) and Ethan Quai-Ward (49th minute) from kicks. The Magpies’ attacking kicks hurt the Hunters including Quai-Ward’s grab from a pinpoint crossfield kick from halfback Albert Kelly.

Centre Isaiah Tass finished with 20 points including a try and a perfect record of eight conversions.

Hunt left the field in the 54th minute with a leg injury after fielding a bomb in his in-goal and he didn’t return although the former rugby league and rugby union international walked off without assistance.

The Hunters and Magpies have 3-4 win-loss records although the Magpies sit in eighth place and the Hunters 11th because of points differential.

The Magpies travel to Rockhampton next Sunday to meet the Capras in the first weekend of the split-round.