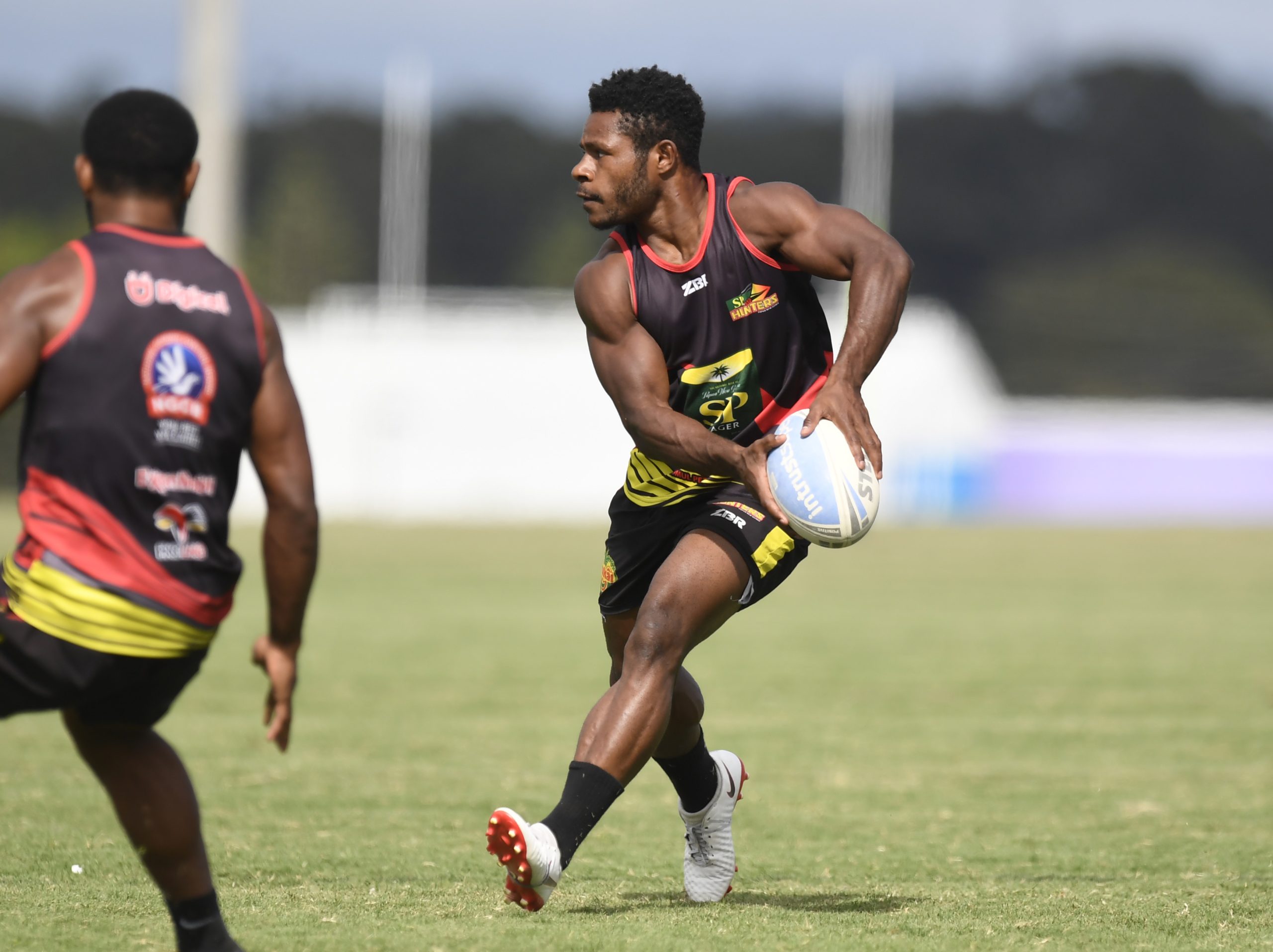 By Oscar PannifexJuly 21, 2022No Comments

The SP PNG Hunters and Brisbane Tigers will take their Round 16 match to John Kerr Park, Cunnamulla this Saturday, 23rd July at 3pm as part of the QRL Hostplus Cup’s Country Round initiative.

Saturday’s game is a chance to respond for the Hunters, who were ambushed by an impressive Burleigh Bears outfit last Sunday. Beaten for intent through the middle and then outclassed on the edges last week, the Hunters will be looking to wipe the slate clean and get back to what works for them on Saturday when they take on the Tigers. The Hunters need only look back to their previous game – a comprehensive win over the Wynnum Manly Seagulls in Round 14 – to find a winning formula for this weekend’s match.

That win over Wynnum-Manly in Round 14 was the Hunters’ best performance of the season and a fine example of the skill and ability the PNG side possesses. With a young and inexperienced squad this season however, maintaining consistent standards has been the challenge for the Hunters and there were some good lessons learnt in last week’s loss to a Burleigh Bears outfit boasting over 250 QRL games of experience in the spine alone.

In comparison, the Hunters’ young halves pairing of Kingstimer Paraia and Judah Rimbu had some nice touches in that game and although there are some forced changes to the team list this week, the pair are key players for the Hunters again in Round 16. Rimbu in particular has proven a revelation in an on-the-ball playmaking role, with five try assists and one try in his last three games playing between fullback and in the halves.

The Hunters’ ability to produce a few late tries in Round 15 despite the result being out of reach is testament to their resilience and eagerness to compete regardless of the scoreboard or quality of opposition. That fighting spirit coupled with clear signs of improvement and increased understanding of playing systems is evidence that the Hunters are still trending in the right direction, and they get a chance to prove that against the Tigers on Saturday.

The Brisbane Tigers are themselves coming off a narrow win over Souths-Logan Magpies, with NRL contracted playmaker Jayden Nikorima scoring the match winner in the 76th minute for the Tigers. The now seventh-placed Tigers have won back-to-back matches heading into Round 16 and will be looking to extend that winning run as they fight to entrench themselves inside the top eight.

The last time these sides met was in Round 3 earlier this season, with the Tigers running away 22-12 winners at Bycroft Oval, Runaway Bay. The NRL experience in Brisbane’s squad was the difference on that day, with Marion Seve and Jordan Grant busy in yardage and Nikorima setting up three of the Tigers’ four tries.

A host of injuries and suspensions to come from last week’s game sees skipper Keven Appo, Dilbert Issac, Rodrick Tai and Junior Rop all unavailable this weekend which further impacts the cohesion and combinations in the Hunters’ lineup.  Those four players have been some of PNG’s most consistent performers throughout the season so far and their absence is the latest challenge for the Hunters as they look to finish the year on a high.

Captain Ila Alu is named to start at lock for the first time in 2022 with Appo and Rop suspended, with Brandon Nima moving back into the centres to replace Tai and Liam Joseph coming onto the wing. Francis Kembis is the other new face for the Hunters this week, coming in at prop as a straight swap for the injured Issac.

Kembis has had an injury disrupted 2022 campaign but has strung together some impressive performances in the local A-grade competition to earn a call up this weekend. He is an uncompromising, hard running forward who will bring intent and aggression on both sides of the ball.

Joseph is a rangy and skilful outside back who has benefited greatly from time spent training and playing with the Northern Pride’s U21’s squad this season. At just 20 years old Joseph is a raw and exciting talent and will benefit from the experience at Cup level in Round 16.

In other team news, Mark Tony has recovered from illness to take his place in the halves alongside Judah Rimbu this week, with Kingstimer Paraia the unlucky man to miss out. Paraia had some compelling touches in the #6 jumper over the last fortnight but his utility value sees him move to the bench this week.

Head Coach Matt Church is looking for a response from his players this week in regards to their intent and energy.

“We just didn’t get into the competition last week,” said Church.

“Our effort, our energy and our intent were all lacking, particularly compared to what we showed against Wynnum Manly the week before. We all have to be better with these areas moving forward.”

Injuries and suspensions have forced changes to the team this week and Church is looking forward to seeing those new players make the most of their opportunities.

“Francis Kembis has had an injury interrupted season to date but has played consistently over the last month in the local competition and gets his opportunity this week. Everyone is excited for him to debut,” said Church.

“Liam Joseph had some learning to do and has spent the past month playing for the Northern Pride under 21’s. He’s been working really hard on his game and deserves his opportunity this weekend.”