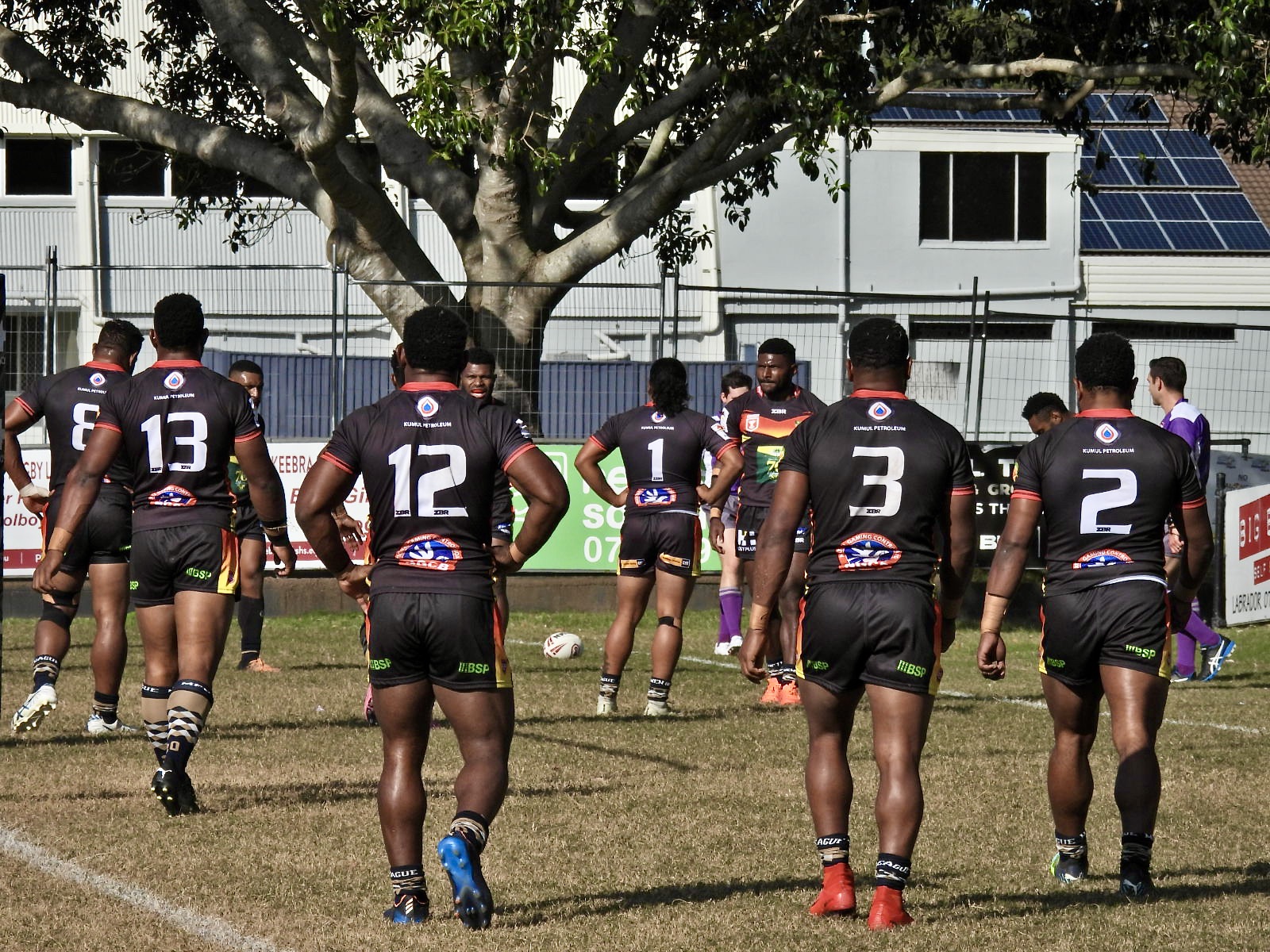 By Oscar PannifexJuly 17, 2022No Comments

The Central Queensland Capras have produced a blowout 62-24 win over the SP PNG Hunters at Bycroft Oval, Runaway Bay in Round 15 of the QRL Hostplus Cup.

Just a week after beating the then third-ranked side in Wynnum Manly the Hunters couldn’t back it up against another top team on Sunday in the Capras, who ran in 11 tries to four in a dominant attacking display.

Despite how the scoreboard read at fulltime, both teams started the game with a clear defensive mindset as they traded shots at the other’s line.

The Capras would earn first crack, compressing the middle with some hard running settlers before some enterprising play from Jack Madden saw the halfback chip an attacking kick in behind the defensive line for teammate Brandon Roberts, only for the Capras winger to go into touch.

The Hunters would reply in kind, marching upfield and setting up for a right edge shift of their own that looked like it would end in points until winger Solo Wane was herded towards the corner and lost the ball diving around the defence.

Both teams seemed to be frontloading their defence to begin the game but as the clock wound down and fatigue entered the contest, the points started flowing.

After both sides failed to capitalise on their first attacking chances, it was the Capras who would adjust quickest. They continued to work into attacking field position courtesy of a dominant forward pack and a good kicking game from both halves, and eventually the momentum began to swing in the visitor’s favour.

The Capras scored on their left edge through Jonus Pearson in the 15th minute and then five-eighth Radean Robinson backed him up three minutes later. The PNG side fought to halt the flood of points but as the Capras dominated in yardage the possession count was heavily in their favour and the Hunters were starved of the ball to concede four quick tries with halftime approaching.

The Hunters came back from the break with interest, looking dangerous with their first possession to score through centre Brandon Nima in space on the left edge. Taking a leaf out of the Capras’ book, the Hunters began promoting the footy and found some luck through the middle thanks to some second phase play before shifting it wide for Nima to score

The Capras muscled up in response however and applied pressure through their discipline and intent in defence. The extra time the Hunters spent without the ball began to have a snowball effect on the young PNG side, who could not match the Capras’ aggression and physicality around the ruck.

As the Capras played most of the game in the Hunters’ half the tries starting adding up, with Nixon Putt scoring a hattrick and both Pearson and Robinson posting doubles in the 11-try rout.

The Hunters would ensure they finished strongly, with three quick tries to Keven Appo, Judah Rimbu and Rodrick Tai bringing the lively Bycroft Oval crowd to their feet as the Hunters fought to finish the game on top.

Hunters Head Coach Matt Church was disappointed with his side’s intent, particularly after their efforts in the week prior.

“We were out-enthused today,” said Church.

“Our intent and aggression last week was really good but the Capras came to play today and really bested us in that regard. Our defensive systems were working well to begin the game but they were more physical than us on both sides of the ball and we just couldn’t earn any momentum.”

“It was good to see us put on a few points at the end but we need to be better for the 80 minutes.”