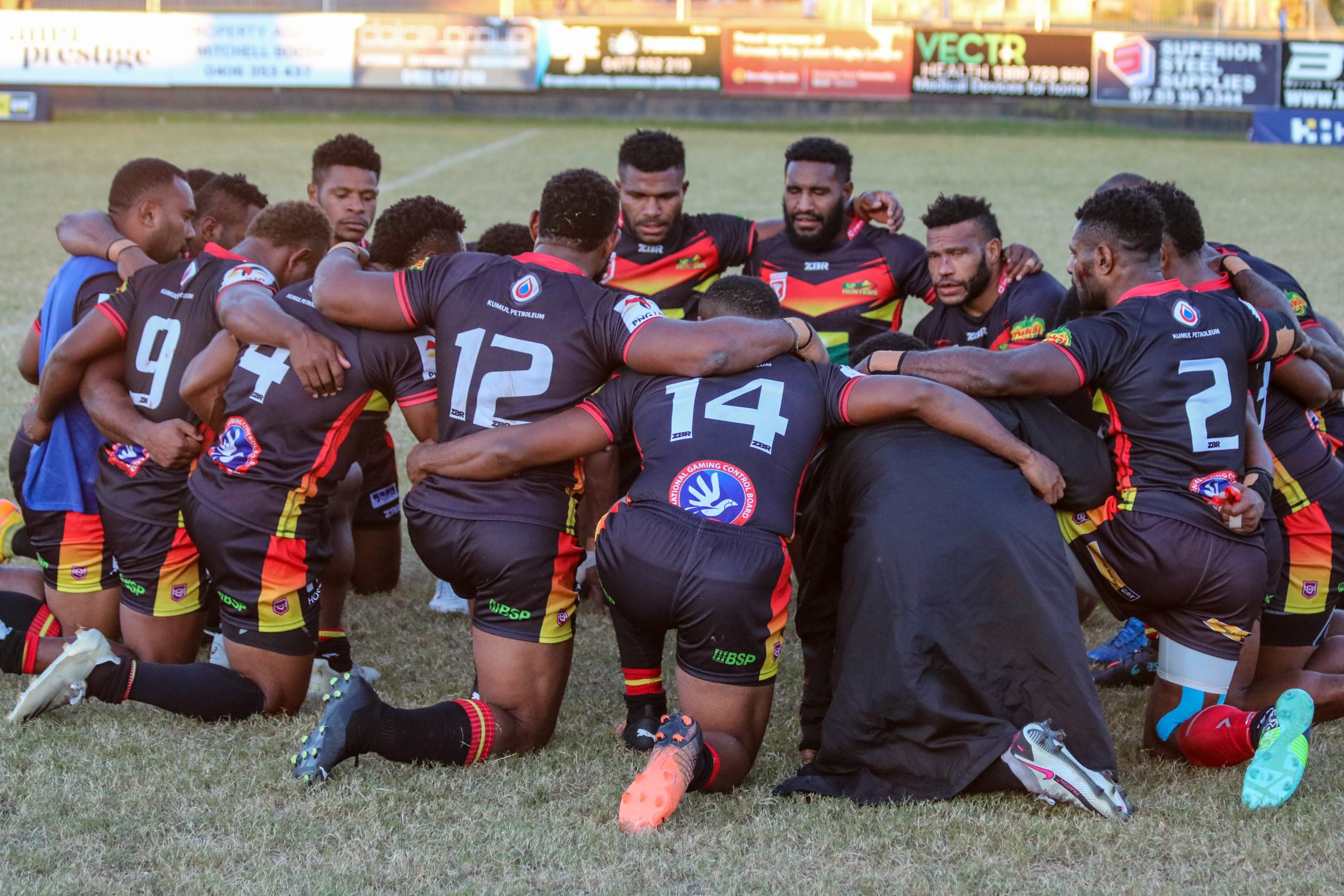 By Oscar PannifexJune 16, 2022No Comments

The SP PNG Hunters travel to Cairns to face the Northern Pride this Sunday, 19th June at 2:10pm in Round 12 of the QRL Hostplus Cup.

Sunday’s clash is an important game for both sides, who currently sit equal on the QRL ladder with three wins apiece so far this season. With the pointy end of the year approaching, the two points on offer in Round 12 are invaluable as the Hunters and Pride both chase a coveted finals berth.

For the Hunters, Sunday’s clash is a chance to go back-to-back for the first time in 2022. The PNG side held on for a brave 26-22 win over Souths Logan Magpies last weekend, taking the lead with 20 minutes remaining thanks to Dilbert Issac and then desperately defending for the final quarter of the match. That victory rounded out a promising month of football for the Hunters who, aside from a disappointing performance against Redcliffe in Round 9, have won two games and come within two points of last year’s finalists Tweed Seagulls in their last four matches.

The Hunters can take plenty of confidence out of their narrow Round 11 win and with a similar performance this week, they will be every chance against a Northern Pride outfit who has also shown signs of improvement over the last month.

They mightn’t have got the result in Round 11, but Pride’s 22-26 loss to the defending premiers Norths Devils last weekend was encouraging for the Northern faithful. Fullback Julian Christian was in inspired form in that game, running for 285 metres and scoring a try to almost drag his side to victory.

The last time these sides met was in Round 14, 2021 with the Hunters coming out on top 34-22 in a high scoring affair. Hunters’ winger Solo Wane scored a hattrick in that game and will like his chances to cross again on Sunday given how smoothly PNG shifted the ball in attack last week.

SP PNG Hunters captain Keven Appo’s leadership and work ethic has been a consistent for PNG all season and was on show again in Round 11 against the Magpies.

Taking a team high 17 hit-ups, Appo ran for 142 metres (56 in post-contact), busted four tackles and threw two offloads in an energetic 80 minute performance. Appo’s ability to bend the line and get a quick play-the-ball was the trigger for a few promising attacking actions from the Hunters last week, but it’s his communication and detail in defence that has been key for the Hunters in 2022.

Multiple times last weekend the Magpies went searching down their right edge, only to be met by a resolute defensive line led by Appo in the backrow. Against a Pride outfit on Sunday that has scored 20+ points in their last three games, Appo’s defensive efforts will be required again this weekend as the Hunters chase their fourth win of the season.

In other team news, the Hunters have received a huge boost this week in the form of specialist hooker Wesser Tenza, who returns from an eye injury this week. Tenza joins the bench alongside Emmanuel Waine – one of six Hunters selected in the PNG Kumuls’ squad for next weekend’s Test against Fiji. Terry Wapi, Wartovo Puara Jr, Sylvester Namo, Dilbert Issac, Sherwin Tanabi and Waine will all be eager to validate their selections with a good performance this weekend before leaving to join the Kumuls camp next week.

“Last week was a good platform for us to build on,” said Church.

“I thought the spine combined well and we’ve kept things stable there with our selections so hopefully we can replicate that again against Pride. We played our game last week and if we can do that again on Sunday we’ll give ourselves every chance.”

Church said the focus in training this week hasn’t changed much as they prepare for a strong Northern Pride forward pack.

“It’s important we nullify their middle – Pride have got some big middle forwards and so we need to contain them this week,” Church said.

Broadcast on Kayo, QPlus.tv (AUS only) and via TVWAN+ & PlayGo TV app