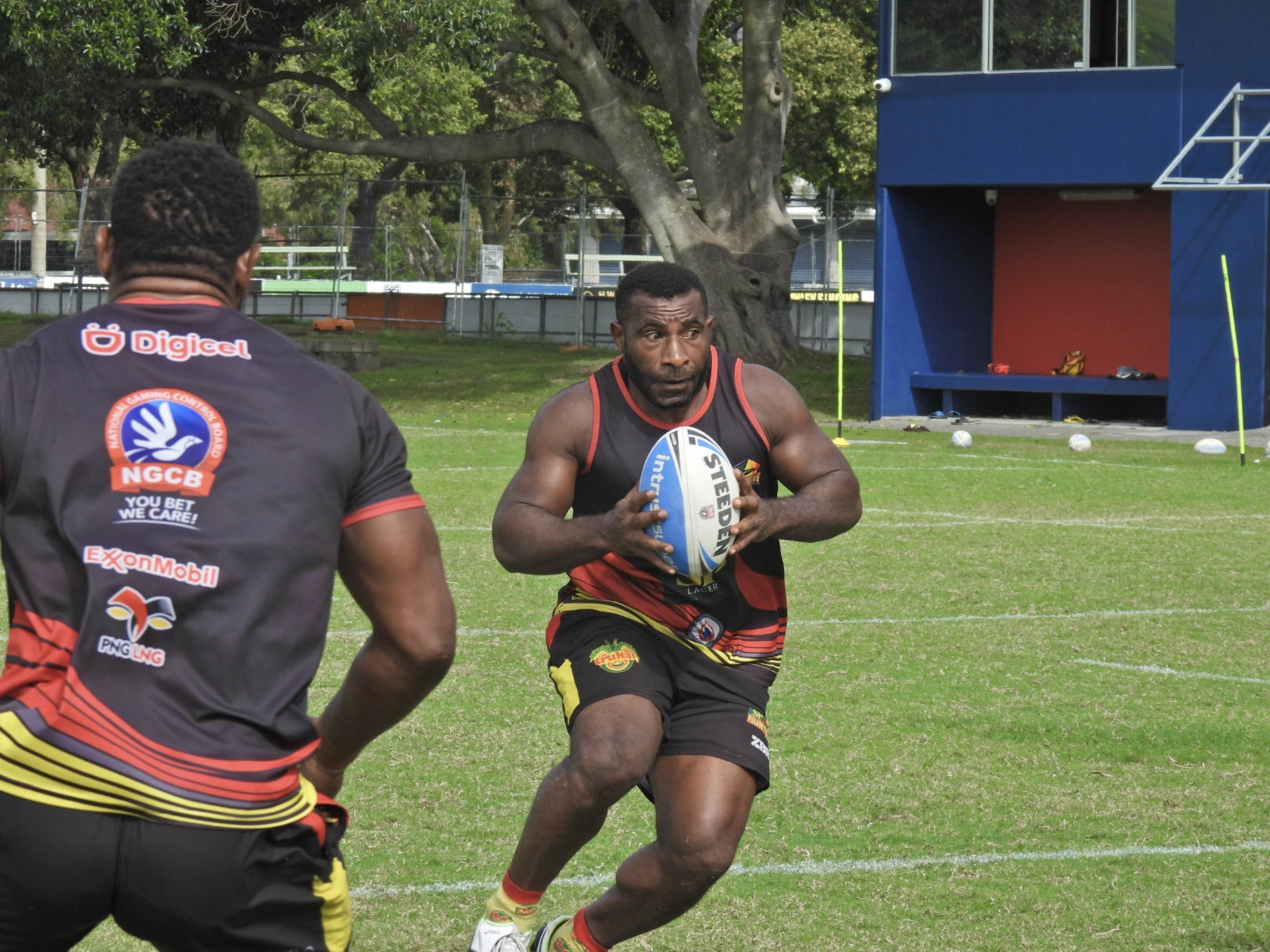 By Oscar PannifexMay 19, 2022No Comments

The SP PNG Hunters will be looking to post back-to-back wins for the first time this season when they host the Redcliffe Dolphins at Bycroft Oval this Saturday, 3pm in Round 9 of the QRL Hostplus Cup.

Saturday’s game is an important match in the Hunters’ season given they will compete for the Stan Joyce Cup in recognition of SP PNG Hunters’ Chairman Mr Stan Joyce CSM and his contributions to the Hunters club and rugby league in the wider PNG community.

Coming off a big 42-20 win over the Townsville Blackhawks last Friday, the Hunters will take plenty of confidence into this weekend’s match up. Middle forwards Sylvester Namo and Emmanuel Waine were standouts in that win, combining for three tries, 264 running metres and 12 tackle busts through the middle of the field. With combinations beginning to take shape and key players returning, the Hunters are showing real signs of improvement on both sides of the ball and will be looking to make it two in a row on Saturday.

The Dolphins come into this game following a resounding 32-0 win over Souths-Logan Magpies in Round 8. Halfback Cody Hunter was in fine touch, posting three linebreak assists, two try assists and slotting six from six off the tee. Like the Hunters, the Dolphins will be chasing their third win of the season this weekend.

Captain Keven Appo and halfback Jamie Mavoko are back this week after missing Round 8 due to suspension and concussion protocols respectively, while last week’s debutant Tyler Han is named to start at fullback. A skillful playmaker, Han is of Papua New Guinean heritage but has been plying his trade in the local A-grade competition for the Runaway Bay Seagulls. Brought in last week as coverage in the spine with Jamie Mavoko, Judah Rimbu and Wesser Tenza unavailable, Han showed enough in his debut to earn a starting gig in Round 9.

“The boys have taken a lot of confidence out of last week’s result,” Church said.

“It was proof that if we stick to our game plan we can really challenge all teams in this competition. We are eager to back up our performance this weekend.”

After a tough opening start to the year that included games against the top five sides, Church says he’s expecting nothing less from the Dolphins this week.

“We are level on points and only marginally behind them on for and against but we know they always provide strong opposition,” said Church.

“We need to contain their big middle forwards as they often use them to lay a platform for their attack. We’ll need to complete well and make sure we’re giving them the ball back deep in their own half.”