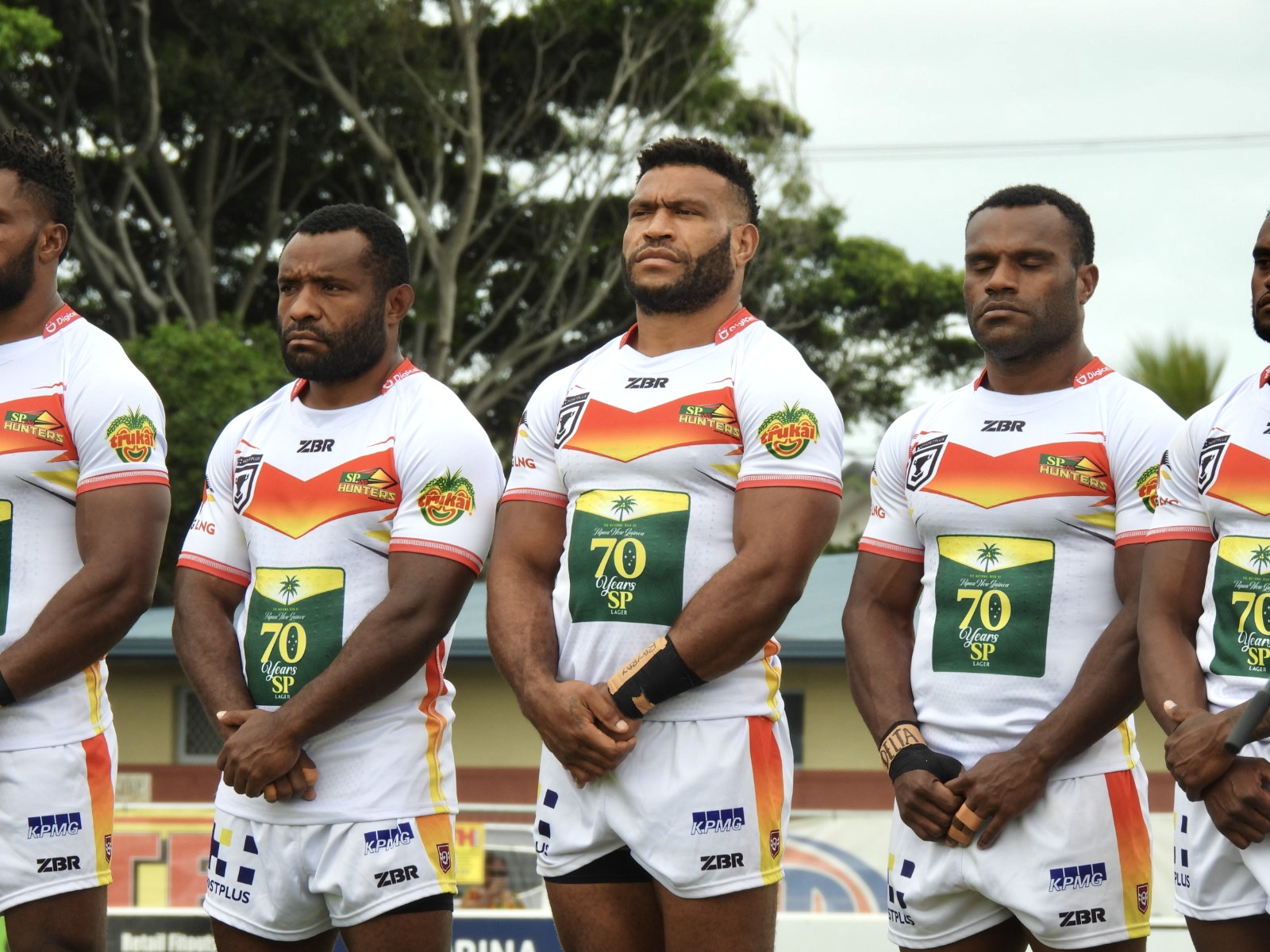 By Oscar PannifexApril 25, 2022No Comments

The Kokoda Cup will go to the Burleigh Bears again in 2022 following a 34-0 win over the SP PNG Hunters in an emotional ANZAC Day clash during Round 5 of the Hostplus Cup.

Wet weather threatened to dampen the historic annual match-up but both sides adapted to the conditions to produce an entertaining 80 minutes. Despite what the scoreboard suggests, the Hunters earned their share of opportunities but the difference lay in Burleigh’s ability to capitalise on field position and weight of possession.

From the kick-off, the Hunters defended an early penalty and worked themselves into good field position, only for an attacking grubber on the last to take an unlucky bounce and end up in Burleigh hands. A few minutes and another penalty later and Burleigh did what PNG could not when fullback Taine Tuaupiki scored down the Bears’ right edge.

The Hunters responded well after conceding points, working quickly up field and trapping Burleigh on their own line courtesy of a pinpoint kick from Jamie Mavoko. The Bears would have too much class though, sustaining pressure and containing whatever the Hunters threw at them in attack before taking their chances down the other end of the field.

The Hunters endured an early injury to right centre Benji Kot which would end his afternoon as well as lasting ten minutes with a man down following Sherwin Tanabi’s sin-binning in the first half. Against a vastly more experienced Burleigh outfit that featured several NRL former stars, a young Hunters side fought bravely until the siren and will take plenty from the loss.

Head Coach Matt Church was full of pride for the way his players are handling adversity.

“I’m proud of my guys, they are putting in until the 80th minute and we are just getting beaten on rugby league education not on our ability as a footy team,” said Church.

“Obviously we will own the result but it just wasn’t our day today – even the bounce of the ball just wouldn’t go our way.”

“We’ve got the bye week this week so we’ll take the time to review things, refresh and get ourselves ready for Norths.”