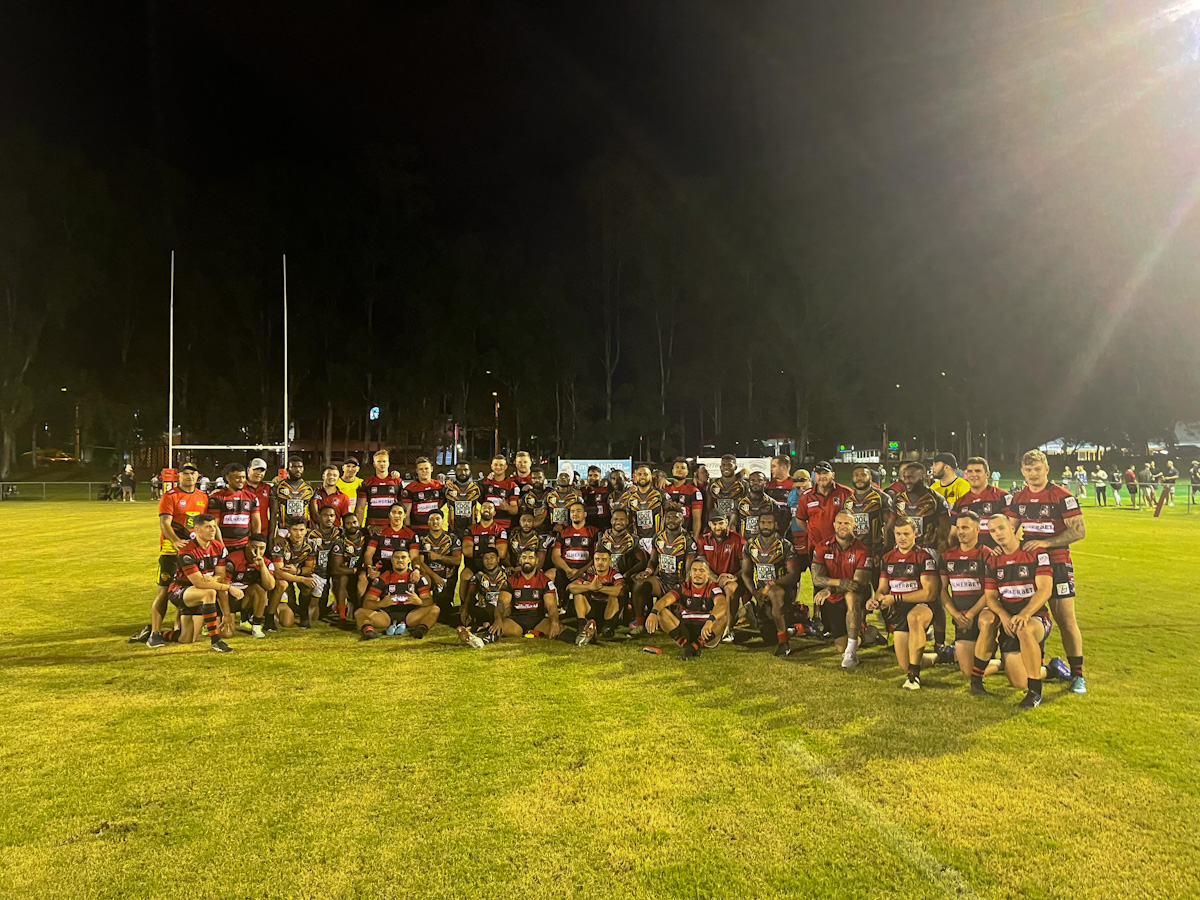 By Oscar PannifexMarch 12, 2022No Comments

The SP PNG Hunters have wrapped up their 2022 preseason with an 18-14 win over the West Brisbane Panthers A-grade side.

The win comes as a boost for the Hunters on the eve of the Hostplus Cup season and will give the players confidence heading into Round 1 against the Mackay Cutters.

In what was an impressive turnaround from last weekend’s trial, the Hunters markedly improved their discipline and defence, holding out an eager Panthers side to nil in the first half. In attack, the Hunters worked up field effectively and netted two early tries off the back of some good field position.

Sylvester Namo was first to crash over courtesy of some crisp ballplaying from Kingstimer Paraia at dummy-half. The Hunters’ forwards pulled together some nice shape around the ruck and Paraia picked out Namo who couldn’t be stopped that close to the line.

The Hunters continued to threaten down their left edge in the first half with Gilimo Paul and Brandon Nima striking up a promising combination at centre and wing. Paul in particular proved especially hard to bring down, terrorising West Brisbane’s edge defence with his right hand fend on his way to the Hunters’ second try of the match.

Paraia would score the last of the Hunters’ points with the halftime break looming, again capitalising on a half-break down the Hunters’ left edge. With the Panthers scrambling to get back on side, Paraia summed things up smartly with a big show-and-go from hooker, diving over to make it 18-0 to the visitors.

Having secured a comfortable lead, the Hunters rotated players regularly in the second half to give the whole squad an opportunity to impress for Round 1. Despite the mass rotations, the Hunters held on bravely to secure a four-point victory for stand-in Coach Stanley Tepend.

The Digicel Cup premiership winning coach and Hunters’ assistant filled in for usual Head Coach Matt Church as part of his ongoing education and development, and was pleased with the result.

“I thought we started really well. We executed what we practiced during the week and it was encouraging to see the boys action what was spoken about before the game,” Tepend said.

“Our halves were better – there’s always things to work on – but I thought they controlled the game better this week and the scoreboard reflected that at halftime. We probably pushed a few too many passes in the second half once we had that lead, but it’s always difficult when you’re rotating through different players late in the game. It was a good experience for all of us.”

Head Coach Matt Church was pleased to see Tepend get his opportunity.

“It’s a great learning experience for Stan and for us all,” Church said.

“We’ll sit down during the week and go over some things together but it’s great to see Stan furthering his education and development as a coach.”

Church was also thankful for the support of the QLD PNG RL Kokomos, who had a number of players line up for the Hunters in tonight’s match.

“It was good to give them an opportunity,” said Church.

“They’ve come into our playing squad and really embraced being around their people and cultures. It’s great to have the support of the Kokomos and they will only strengthen us as a club moving forward.”

The SP PNG Hunters will kick-off their 2022 Hostplus Cup Competition next Saturday, 19th of March against the Mackay Cutters.