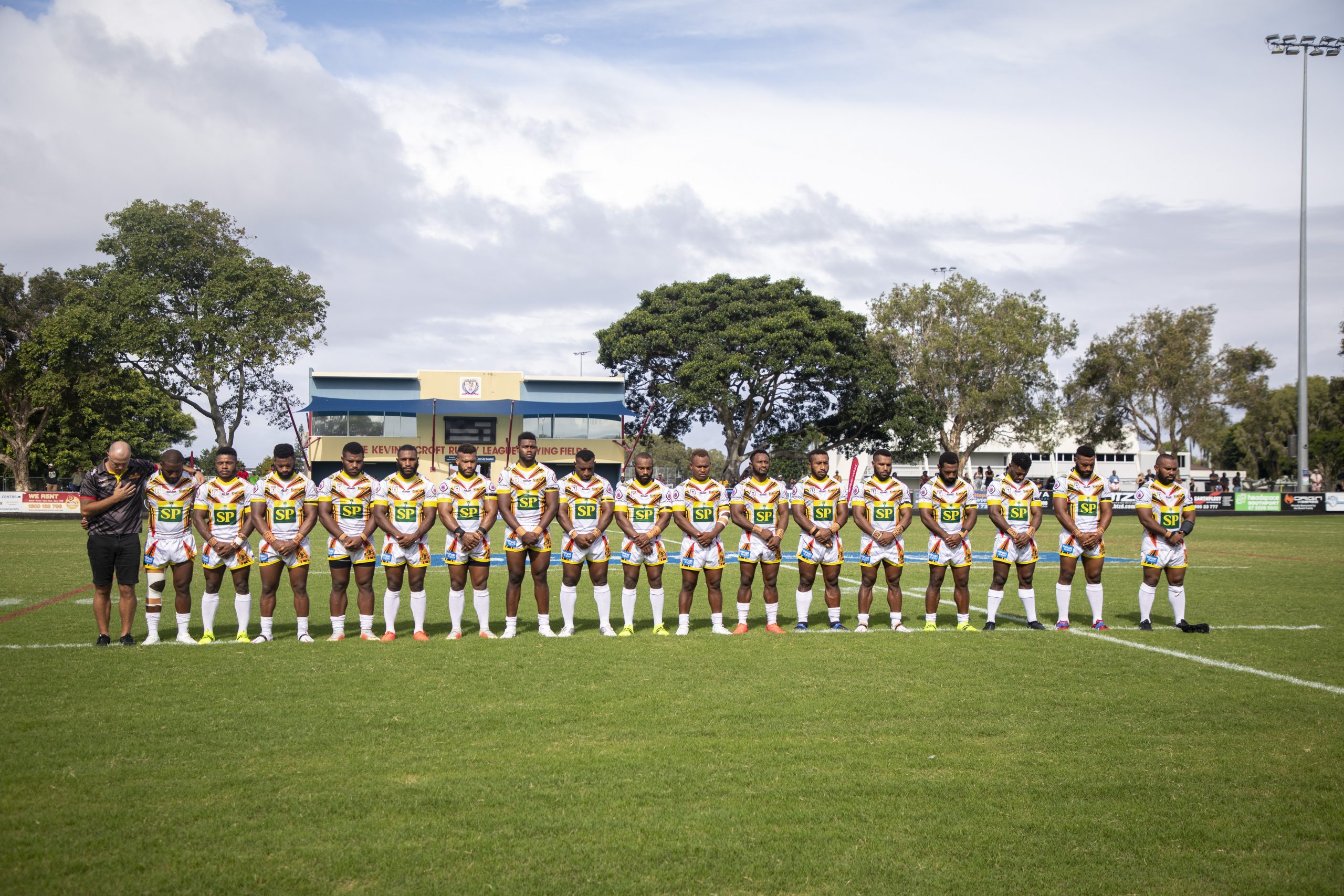 SP PNG Hunters have rewarded the veteran of their squad with the most prestigious awards of their 2021 Intrust Super Cup season while also recognising their next wave of talent during an emotional end to their time in Australia.

Decorated hooker Wartovo Puara Jr took out three major awards at the Hunters’ presentation night for his performances as the Hunters completed their seven-month stay on the Gold Coast before returning home for their off-season.

Puara, who this year became the Hunters’ most capped player, received awards for the Chairman’s Player of the Year, Best Forward and Players’ Player for his work across the Hunters’ 17 matches of this season.

The Hunters fielded 12 debutants this year including Benji Kot (Rookie of the Year) and Sylvester Namo (Coach’s Award) who were among the award recipients.

Solomon Kuliniasi is one of the most treasured members of the Hunters’ support staff and he was delighted to receive the Clubman of the Year award for his tireless work with the team since their inaugural season.

But the most emotional moment of the night came when Jokadi Bire was named Best Back for his storming performances at centre. Bire has announced that his career is over after the devastation of a serious heart issue that almost claimed his life three days after he starred against minor premiers Norths.

Bire bravely announced two weeks ago that doctors had advised him that he could not play again after recovering from emergency heart surgery which has given him the expectation of a long life. The Best Back award will remain a wonderful recognition of the potential that Bire showed throughout 2021 as he made a sudden impact in his first Intrust Super Cup.

“It’s been a season of sacrifice for this Hunters squad being away from home due to Covid restrictions but we had some outstanding moments on the field that we recognised with these awards,” Hunters CEO Scott Barker said

“Wartovo was a very deserving winner of the major awards for another high-quality season of football. He set a strong example to the younger players who learned so much this year, placing the Hunters in a promising position for the 2022 season.

“Jokadi’s award was well-deserved and a great sign of the bond that this team created during seven months away.

“The benefits of this season will be realised in the years ahead and the likes of Benji Kot and Sylvester Namo and our other 2021 debutants have promising futures with the team.”