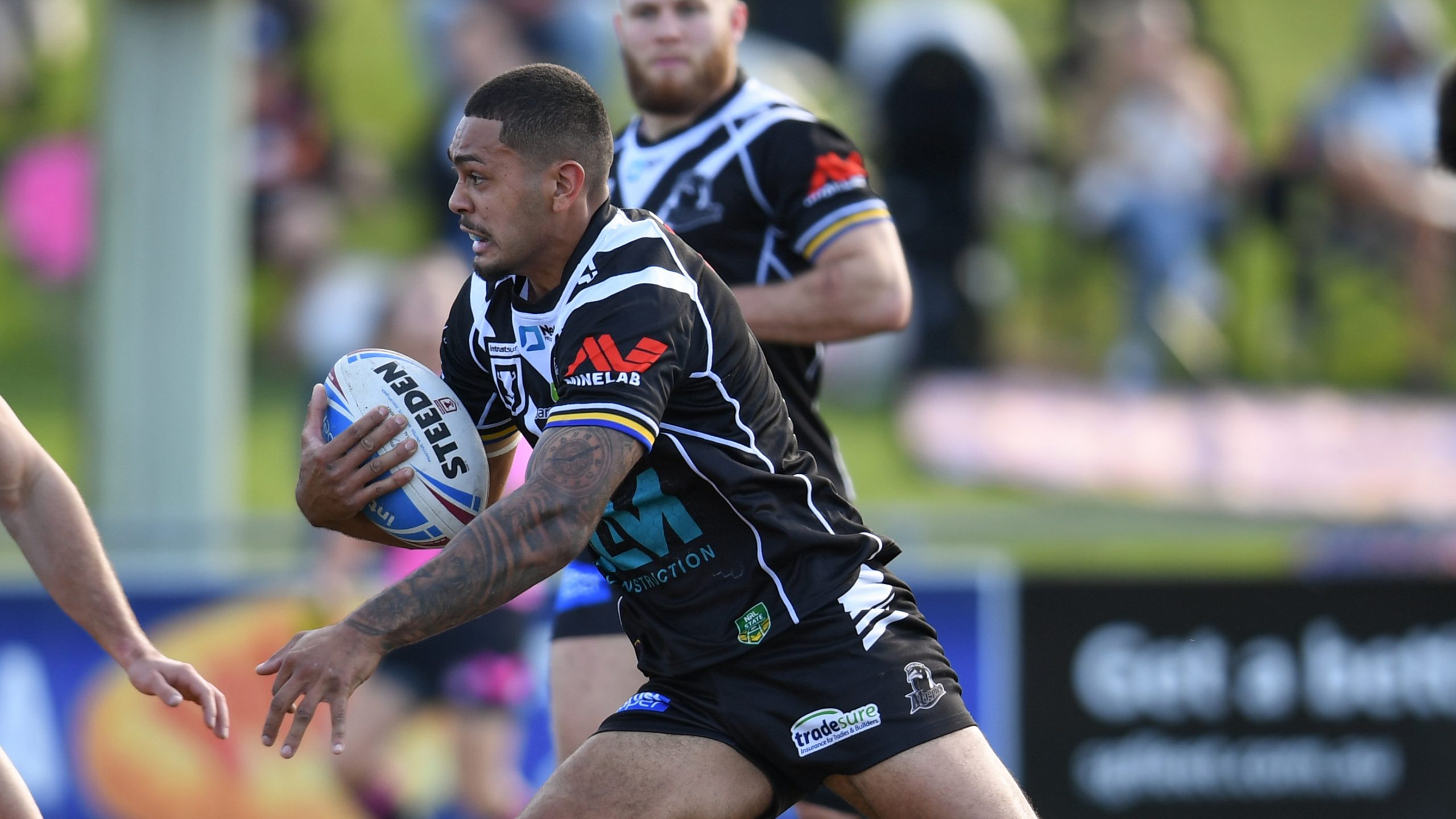 SP PNG Hunters suffered the most heart-breaking loss of their Intrust Super Cup season as Souths Logan Magpies scored in the final 90 seconds to claim a thrilling clash at Bycroft Oval today.

The scores were tied at 26-all when the Magpies rolled the dice, chipping ahead and regathering before a switch to the left corner found a gap in the Hunters’ defence. Isaiah Tass kept a perfect record with the boot, converting from the corner for a 32-26 Magpies win.

Four minutes earlier, Tass had kicked a penalty goal to take away the Hunters’ 26-24 lead against a finals-bound Magpies team.

The Hunters are taking plenty of benefits from their season in Queensland, learning lessons that will stand the team in good stead in coming years. Their position on the ladder belies their competitiveness in games with the Magpies stretched to the limit today.

Terry Wapi scored twice in the opening 20 minutes as both teams traded blows today before a 64th minute try to Emmanuel Waine pushed the Hunters clear. Waine was on the end of a slick short-side movement that moved the Hunters two points ahead.

“We played some good footy today, moving the ball as well as we have all season, but Souths kept coming so full credit to them,” Hunters coach Matt Church said.

“We’re learning a lot this season and it will be a season that pays off for us in years to come. That includes how we can best handle these close games that come our way.

“We’re a team that competes to the end in every game so the next step is to win when these games are on the line.”

Gilmo Paul impressed in his Hunters debut – another important step for an inexperienced player in his Intrust Super Cup career.

The Hunters played the last half-hour without Wapi, who failed a head injury assessment. However Wapi was in good spirits after the match.

Tass again proved important for the Magpies. He landed all eight attempts at goal when the teams met earlier this season.

And he landed all six attempts today, proving the different as both teams scored five tries. Ethan Quai-Ward scored two for the Magpies, including a try in the 53rd minute against the run of play. Quai-Ward steamed 60 metres off a Hunters’ attacking play, changing the game.

“Souths took their opportunities and they’re heading for the finals so they have plenty to play for,” Church said.

“That try hurt us but we had our own opportunities and we’re making progress.”

It was the first round of matches in the Intrust Super Cup for five weeks after a break because of Covid lockdown.

The Hunters travel to Rockhampton to take on the Capras next weekend while the Magpies are away to the Tigers.