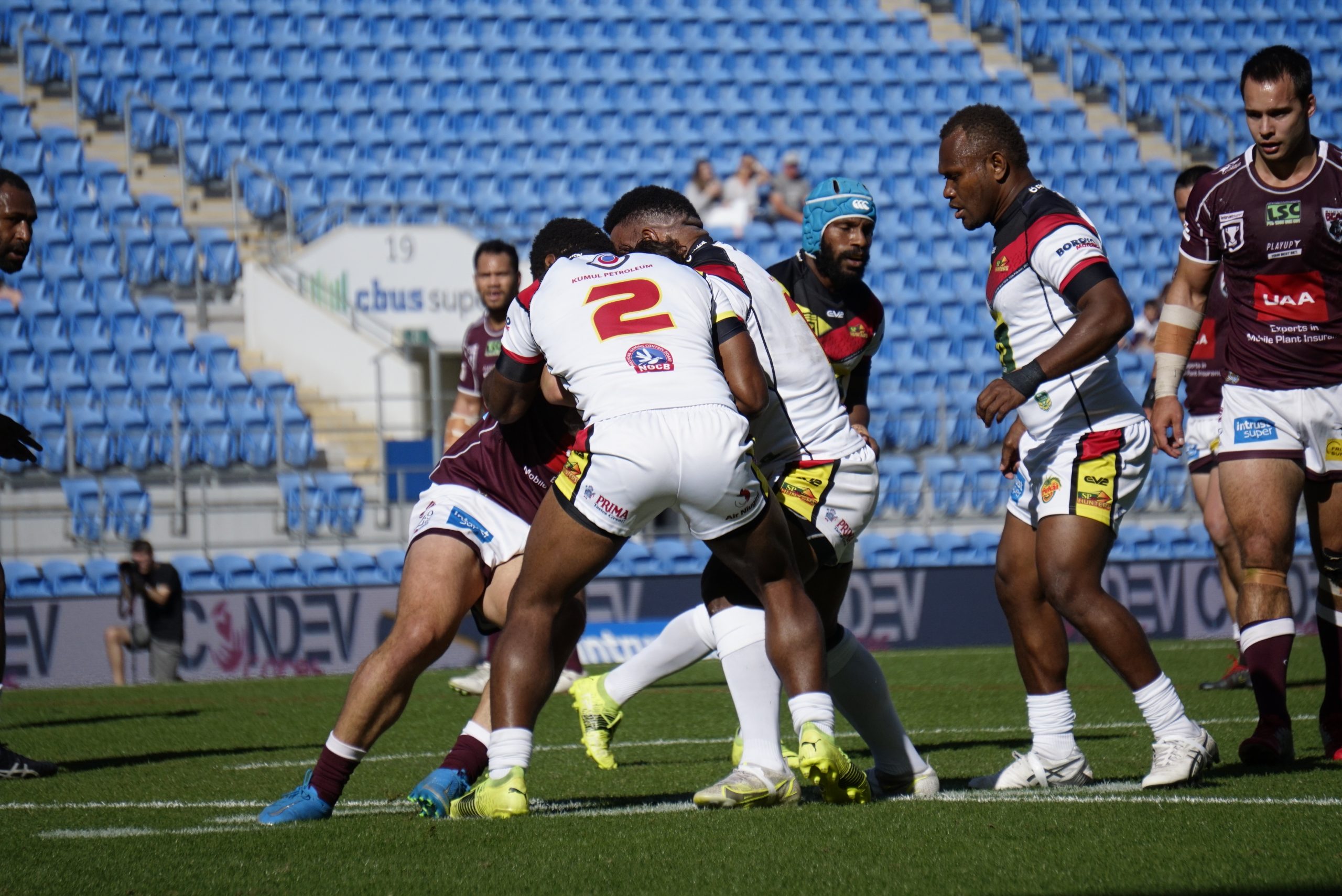 The Papua New Guinea Hunters will reset their focus on an eight-game drive to the Intrust Super Cup finals after trying their hearts out for an unwell teammate in a loss to the Burleigh Bears today.

The Hunters wanted to win for Jokadi Bire, who continues to recover from serious surgery in a Gold Coast hospital. The Hunters carried Bire’s name or playing number written on strapping on their wrists.

Junior Rau finished off a slick backline movement in the 65th minute for the Hunters’ only try in a game that didn’t match the tension of the PNG-Burleigh clash for the Kokoda Cup on Anzac Day.

The Hunters played that day without the burden of a challenging time in which Bire’s condition has played on the minds of a team that has lived away from home for the last four months.

The Hunters have never used their relocation from PNG as an excuse, instead focusing on mounting a run for the finals despite the unusual conditions.

Coach Matt Church has long forecast that the Hunters’ best will come late in the season and they have a chance to prepare for the run to the finals with a mid-season bye next weekend.

“We know that we will get better as the season goes on – we’ve always said that and now we get the chance to have a week off and prepare ourselves for the next challenge,” Church said.

“We wanted to play well today for Jokadi because we’re thinking about him but we didn’t take the opportunities when they presented themselves. Junior’s try was a good reminder of how well we can play as a team so we’ll get ready to go again with this group, who have done very well to gel in these circumstances.”

The Bears started and finished the game with tries to Don in the third and 76th minutes. The Titans winger has established a reputation as a fine finisher in an NRL career stretching for more than 150 games.

“We still thought at halftime that we were a good chance because the Bears dominated the possession in the first half and we thought we could still reel them in with a more even rate of possession,” Church said.

But Hayden Schwass’s try seven minutes into the second half propelled the Bears to a 22-0 lead that proved too much for the Hunters to peg back.

The match was played at the Titans’ home ground before their NRL clash with Manly.

The Hunters are hopeful of escaping the match unscathed with Brandon Nima passing an HIA assessment in the only injury scare.

The Hunters host the Mackay Cutters in Round 12 while the Bears host the Brisbane Tigers.