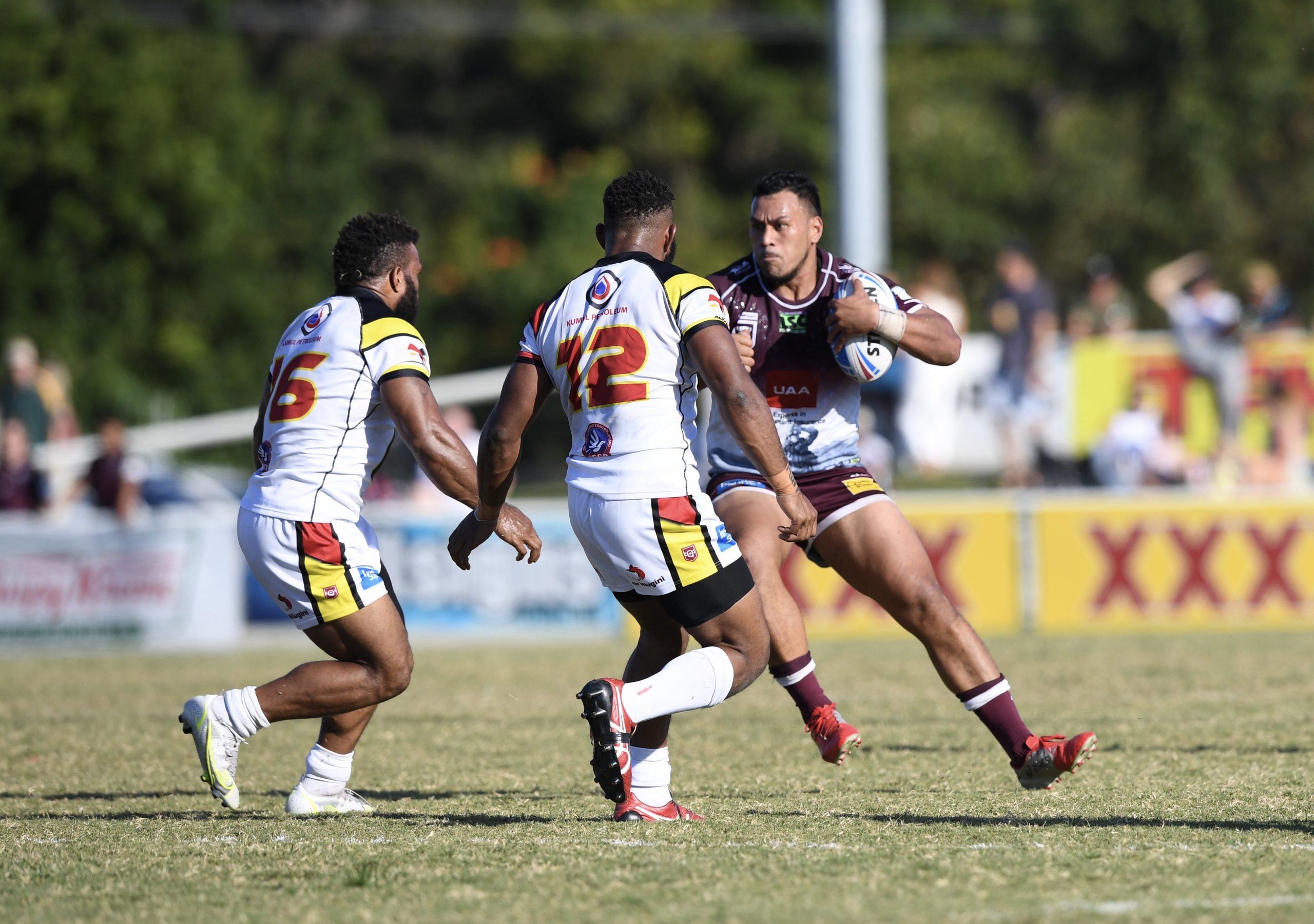 Thoughts of Jokadi to inspire Hunters

SP PNG Hunters will play for their teammate Jokadi Bire when they step into an NRL arena for Sunday’s much-awaited Intrust Super Cup clash with Burleigh Bears.

The game will be played at Cbus Super Stadium on the Gold Coast as a curtain-raiser to the NRL clash between the Titans and Manly Sea Eagles.

The Hunters would have loved Bire to have joined them in the backline however he will be at a Gold Coast hospital where he continues to recover from surgery on Tuesday night.

Bire would not be out of place in the NRL arena with the fast feet and power that brought him a try in last Saturday’s clash with Norths Devils at Bishop Park. He flashed off his left foot and surged past Broncos hooker Danny Levi for an important try.

Bire’s position in Sunday’s team will be taken by Norman Brown, who has overcome injury and moves from fullback to centre, while captain Ila Alu has recovered from a head knock to take his place.

Hunters coach Matt Church said the two changes were another sign of the stability returning to selections in time for the second half of the season.

“We’ve had to make two changes this week but otherwise we’re happy to have a very similar team to last week as we continue to build combinations for this run towards the finals,” Church said.

“It’s a thrill for our guys to play at this ground. Most of our players fell in love with the game crowded around a TV with villages full of people watching on. Every kid in PNG wishes to play in the stadiums where their heroes play.”

This will be the Hunters’ first game at Cbus Super Stadium although Kumuls Wartovo Puara Jnr and Stanton Albert represented their country on the ground against Fiji in 2015.

Luke Page also represented the Kumuls in that match but he will lead Burleigh on Sunday in only their second match at the ground – the Bears defeated the Tigers there in 2018.

The Hunters have established a close rivalry with the Bears, winning seven of their 13 previous matches. They were on track for an eighth win in April this year before the Bears ran home late to claim a memorable Kokoda Cup clash at Pizzey Park.

The Hunters are determined to win on Sunday before a mid-season bye ends another block of matches in this season’s competition. After the bye, the Hunters will have three consecutive games before one last week off before the run to the finals.

The Hunters are on the verge of a big performance after testing heavyweights such as Norths, Redcliffe and Townsville Blackhawks in recent weeks with the enterprising play that has rivals on notice.

Solo Wane’s length-of-the-field run last Saturday was among the highlights of the round, leaving the Devils in his wake as he scorched 100m down the sideline for a stirring try.