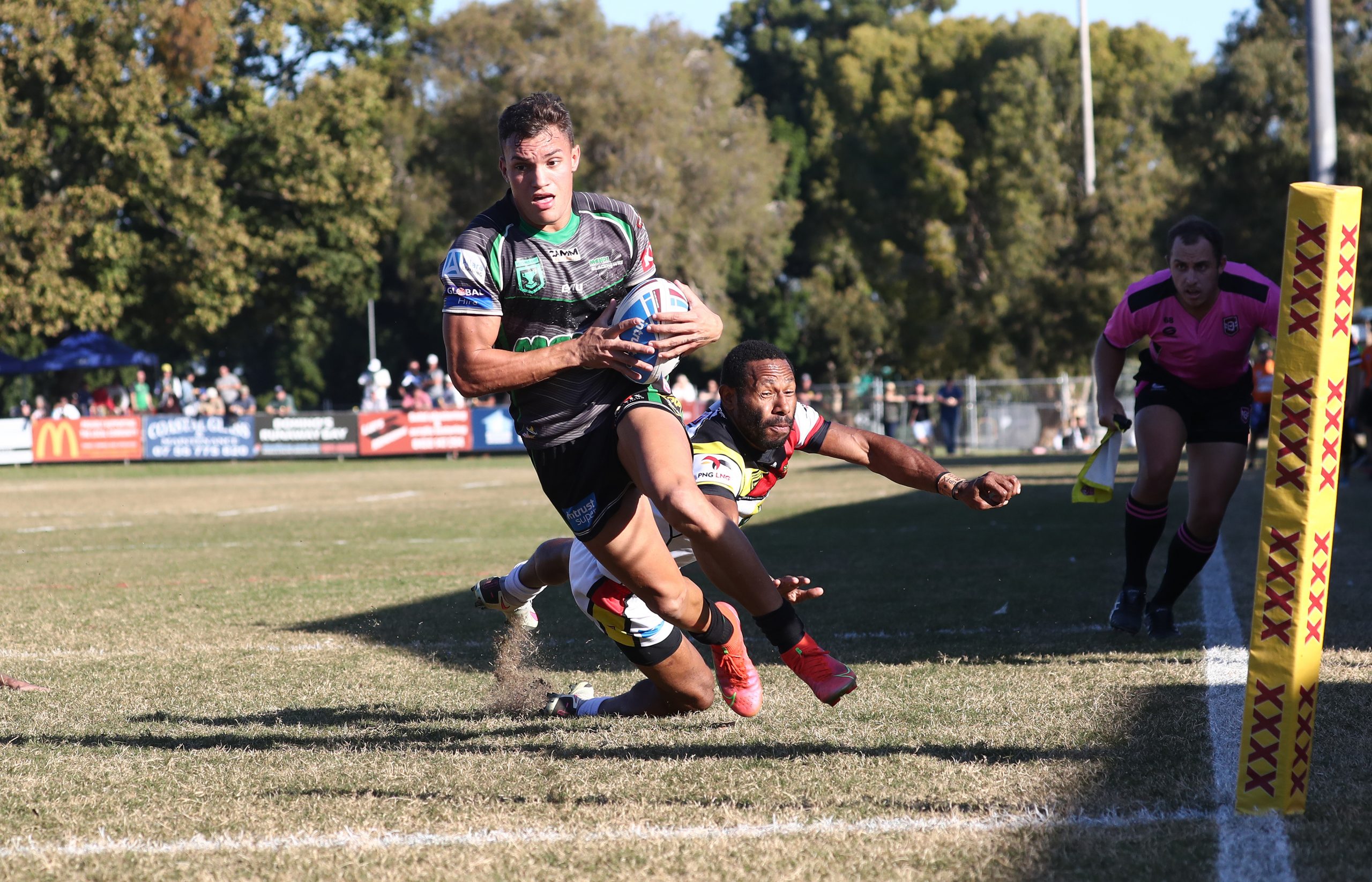 SP PNG Hunters unleashed the attacking spark that fuelled their early season winning-streak but they couldn’t hold the Townsville Blackhawks in a high-scoring 38-28 loss at Bycroft Oval today.

The Hunters piled on six tries but a crucial 10-minute period in the second half opened the door for the Blackhawks to push clear in the Round 9 Intrust Super Cup match.

With prop Samuel Yegip sin-binned, the Blackhawks scored three tries to move out of reach of a Hunters team that only converted two of their tries.

The Hunters had scored fewer than 20 points in their last four matches but they clicked again today with the experienced Ase Boas combining with backrower Keven Appo to produce two tries in four minutes as the Hunters bounced to a 14-6 lead.

Another vocal crowd at Bycroft Oval powered the Hunters but a difficult end to the first half caused problems as winger Luke Geary scored in the 35th and 38th minutes to edge the Blackhawks to a halftime lead.

“We needed to improve our attack and we had some better moments today,” Hunters coach Matt Church said.

“But there are defensive lapses that we know we’ll have to fix as we go into the second half of the season.

“We knew the players faced a challenge this year coming to live in a new base for a season away from their home because of COVID but they have adjusted well and they’re still improving.

“We knew the second half of the season would be better than our first half and we’re building towards that.”

Boas’ presence assisted the Hunters and laid a platform to move them into the second half of the season as they try to mount a finals drive.

The 3-6 win-loss record does not reflect the impact the Hunters have had on the competition.

Their three consecutive wins early in the season showcased the potential that makes them a finals threat.

The Blackhawks also went into today’s match on three wins and they took confidence from their attack including tries in the left corner before halftime.

He joined his former team for a huddle after the match in a special moment of camaraderie. The Hunters head to Bishop Park next Saturday to take on Norths Devils while the Blackhawks return home to host the Capras.