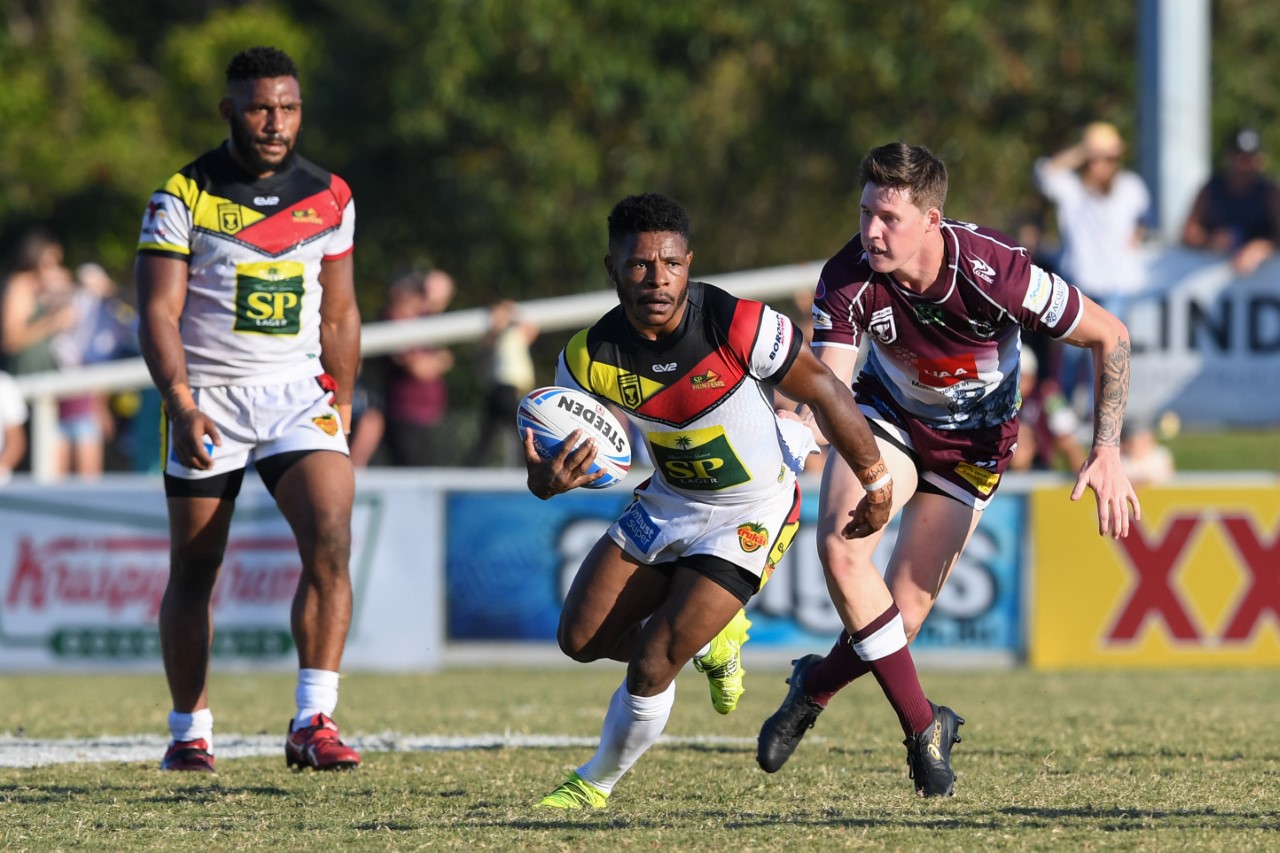 SP PNG Hunters will promote another new face in its wave of youth on Sunday when teenage playmaker Judah Rimbu moves into the starting line-up for the Intrust Super Cup clash with Brisbane Tigers at Bycroft Oval.

The 19-year-old Rimbu slots into a backline featuring 2021 new faces Jokadi Bire and Norman Brown while the likes of Samuel Yegip and Benji Kot are among the next generation in the forwards. Most of the bench named for Sunday’s clash are also early in their Hunters’ careers.

They will face a Tigers team with a spine that could be Gerard Beale, Ryley Jacks, Darren Nicholls and Aaron Booth – a quartet of players with more experience across NRL and Intrust Super Cup than the Hunters’ combined squad.

The youth has served the Hunters’ well with their record of three wins and two losses pushing them into fourth place early in the season.

“We’ve seen in the NRL this season that some teams have been happy to name young players and let them show their strengths and we’ve taken a similar approach,” Hunters coach Matt Church said.

“Our players are still learning but they’re bringing energy and they’re working well with our more experienced players to give us good options across the field.

“We’re coming up against a Tigers team that has plenty of experience so we know that we’re facing another tough match and we’ll need to play well.”

The Hunters hope their experience will be boosted if forwards Wartovo Puara Jnr and Epel Kapinias pass fitness tests before the match. Ankle injuries kept the pair out of the 25-18 loss to Burleigh Bears in Round 5.

Rimbu impressed Church last year with his cool head in the Hela Wigmen’s drive to the Digicel Cup premiership, showing poise in the highly-rated domestic competition.

He could line up opposite Ryley Jacks who has been named in an extended Melbourne Storm squad this weekend. Jacks would be expected to play for the Tigers if not required by the Storm.

“Judah is a ball of energy but he’s able to direct the team with calmness and that will be an asset to the team,” Church said.

The COVID-impacted schedule of this year’s Intrust Super Cup means the season has been split into blocks – the Hunters had two games followed by a bye before a three-game stretch that ended with a bye last weekend.

The Hunters play the Tigers and then Souths Logan Magpies before a split round gives them another weekend off.

“The season is working in blocks but the bye last weekend enabled our players to have a valuable rest so it came at a good time,” Church said.

“There’s been plenty of energy at training this week and the team has a positive mindset so they will look forward to the challenge.

“We missed a few targets against Burleigh last game and we know the adjustments we need to make this weekend.”

The Tigers fell to unbeaten Wynnum Manly in their last match, making their record 2-3 and placing them on the fringe of the top eight ahead of Sunday’s clash at the Runaway Bay Seagulls’ base of Bycroft Oval.