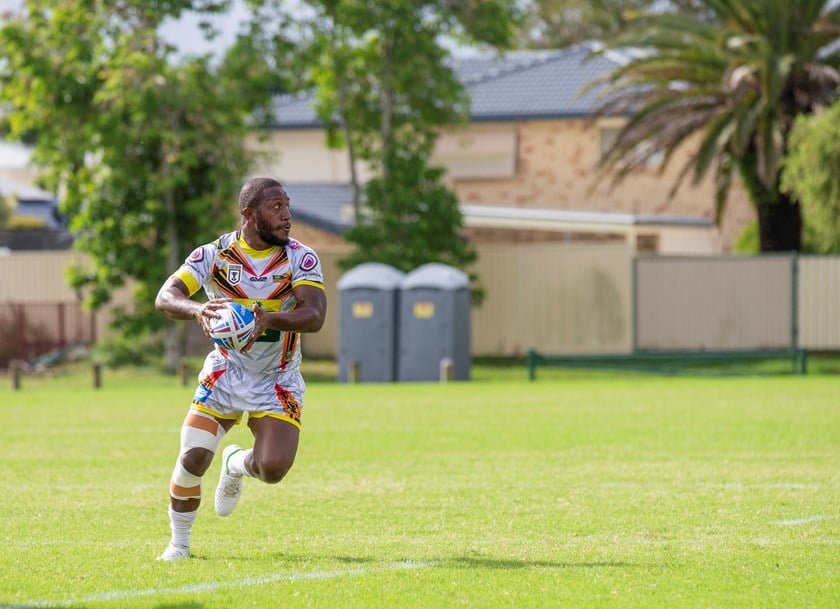 The memories of one of the greatest matches in Intrust Super Cup history will be fresh on Saturday when the SP PNG Hunters meet the Sunshine Coast Falcons in their Rivalry Round showdown at Bycroft Oval.

The clash of the 2017 grand finalists will mark a record-equalling performance for hooker Wartovo Puara Jr, who will join Adex Wera as the Hunters’ most-capped player with 115 matches.

Puara and Wera featured in the Hunters’ unforgettable 12-10 win over the Falcons in the 2017 decider, sealed with a try 90 seconds from fulltime. That has entrenched the match-up in Rivalry Round, which will be played twice in 2021. Saturday’s match at Runaway Bay will be the first time the teams have met on neutral territory since the 2017 grand final as the Hunters base themselves on the northern end of the Gold Coast because of COVID restrictions preventing international travel.

Puara was one of the original Hunters squad members in 2014 and his presence has been among the factors behind their impressive start to this season, which has PNG in fourth position with two wins from their opening three matches.

“Wartovo brings great experience into our squad because we have some young players this year and they benefit from playing with him and being around him,” coach Matt Church said.

“He can share history with them, he provides insights at training and he is an experienced player for us when games get tight on the field.

“And his combinations with some of the younger players are only getting better as they spend more time playing together.”

The Hunters were unable to play trial matches because of COVID quarantine, meaning that they could not develop their key combinations or get used to new rules, including the six-again rule.

The Falcons played trial matches without their Melbourne Storm contingent who have been named for Saturday’s clash. Tyson Smoothy and Trent Loiero, who have played with the Storm in NRL matches this season, have been named in the forward pack.

The Falcons are in sixth place with wins over Ipswich and Souths Logan following their opening-round loss to Northern Pride.

“The Falcons are always a tough match-up because they not only have Storm-contracted players but they also have some very good local players,” Church said.

“We saw them score quick points against Ipswich last weekend and they finished hard to beat Souths Logan the week before so they will be a good challenge.

“But we’re always most focused on our own game. We’re still working towards our best so we’ll look to continue improving this weekend.”

Brown replaces Brendon Gutuno, who is recovering from a broken arm suffered in last weekend’s 26-14 win over the Cutters in Mackay.