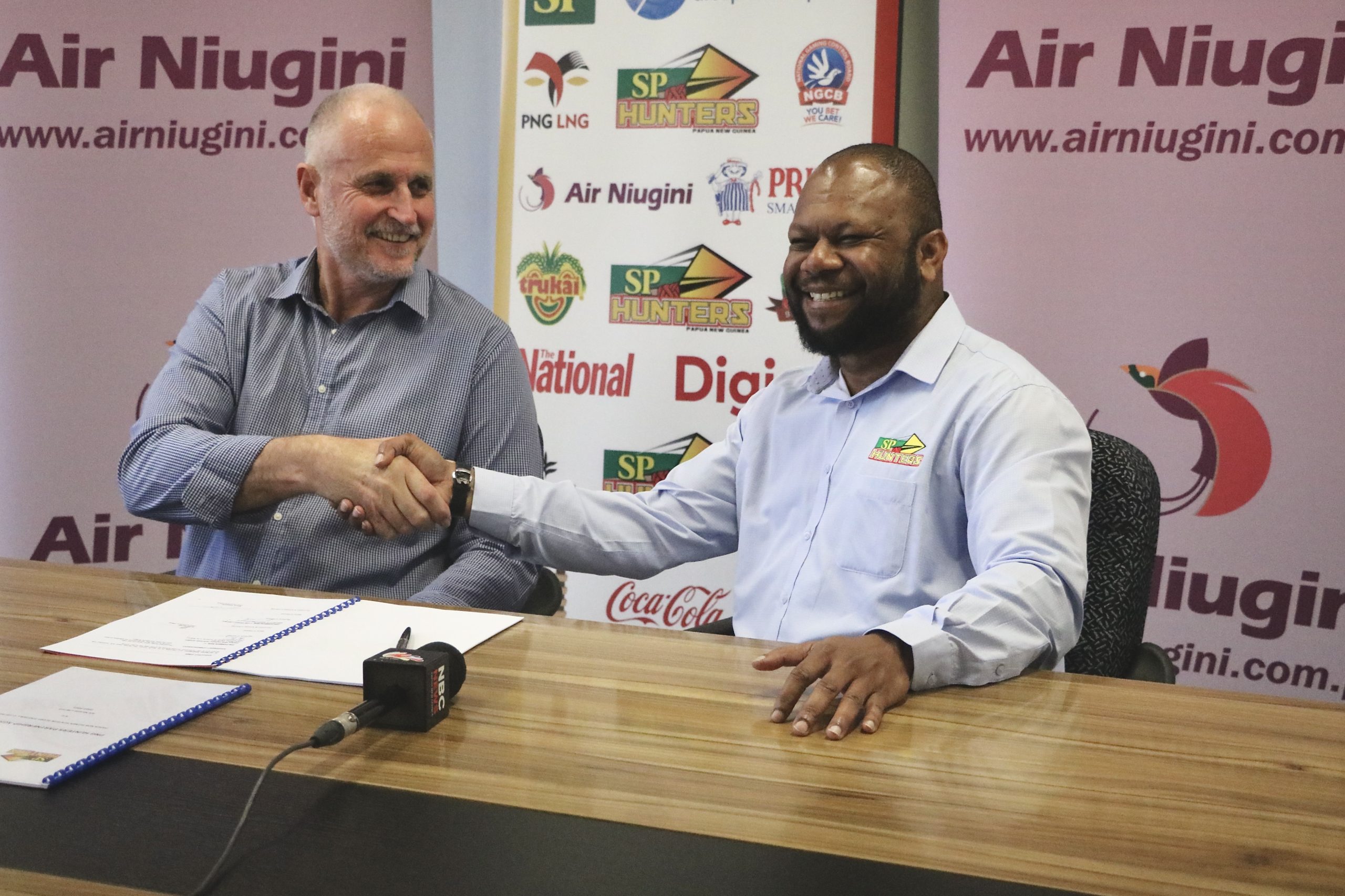 By Oscar PannifexJune 22, 2022No Comments

The SP PNG Hunters are pleased to announce that Air Niugini will again be the official airline partner of the Hunters for a three year period, starting in 2023.

Air Niugini have supported the Hunters since 2014 and the club is delighted to extend that partnership through to 2025, following a cease in operations during the COVID-19 period. With Air Niugini now back to full operation as of earlier this year, the airline partner will continue its support of the Hunters as they compete in the 2023 QRL Hostplus Cup competition.

Mr Moramoro said he is delighted to see the partnership continue.

“We are incredibly thankful for Air Niugini’s ongoing support and look forward to working alongside them again in 2023,” said Mr Moramoro.

“Given the challenges associated with travelling between Papua New Guinea and Queensland in light of the pandemic, Air Niugini’s support is invaluable for the Hunters as they maintain their place in QRL Hostplus Cup competition.”

Mr Abbot says he is looking forward to working alongside the Hunters again.

“After 2 years of disruption due to the pandemic it’s great to be back flying and supporting the team again. We are looking forward to a great season and many more to come”